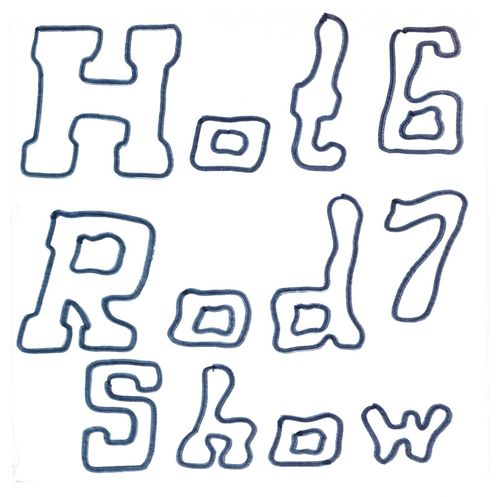 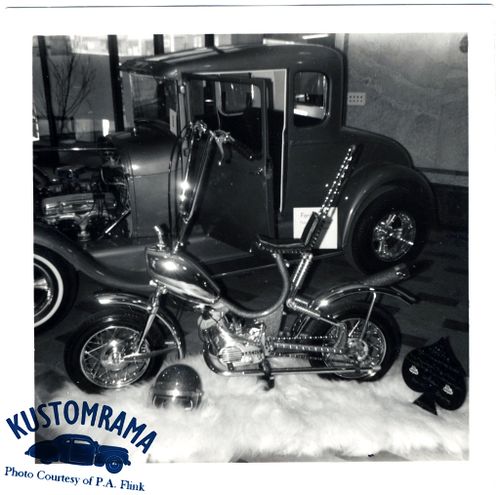 In 1967 P.A. exhibited his moped, the Peacock, at the third annual Hot Rod Show in Stockholm. P.A. was 15 years old at the time, and mopeds were a much bigger interest than hot rods at the time. This is not a photo of the Peacock. Photo courtesy of P.A. Flink, provided by Martin Flink. 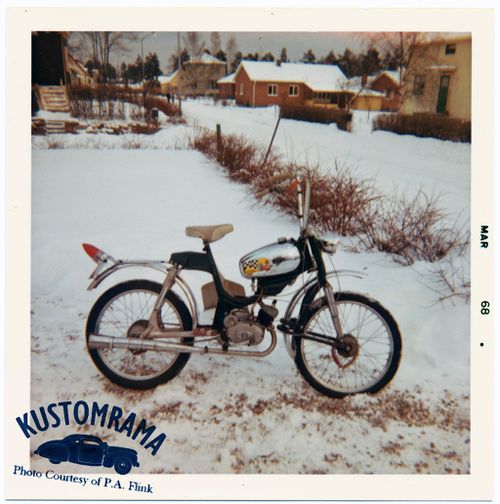 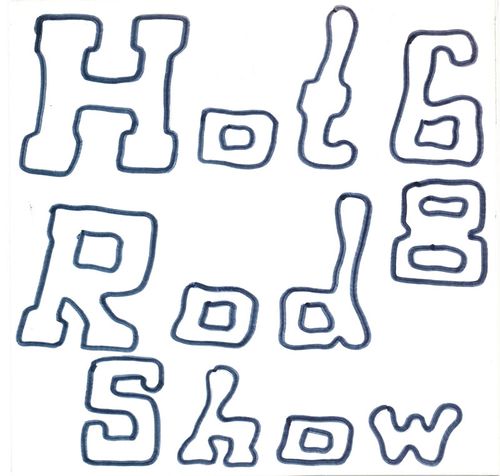 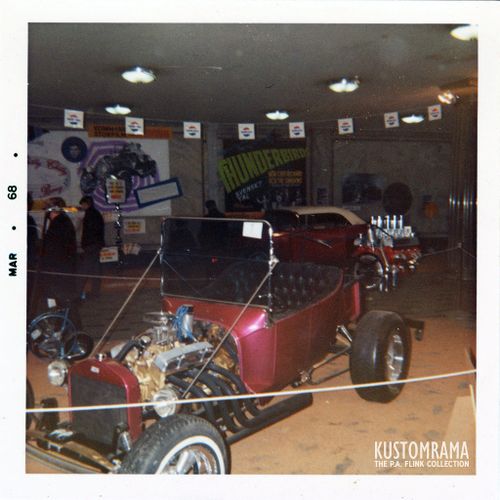 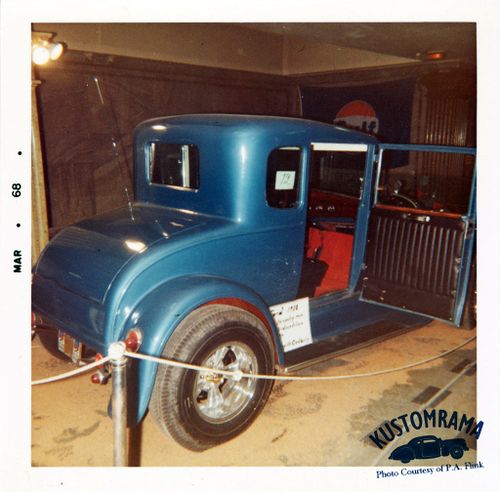 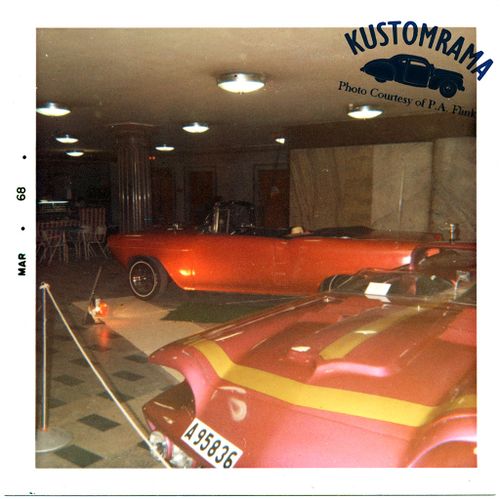 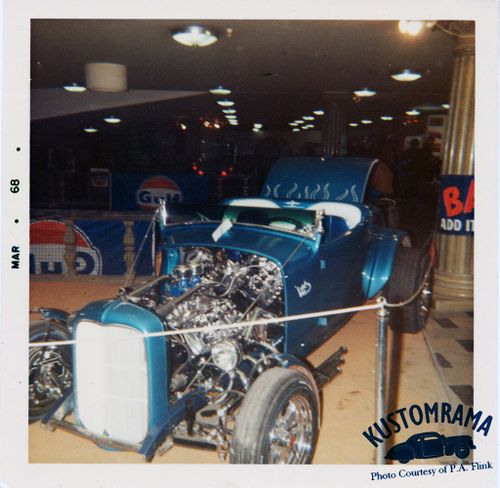 A photo of the Deep Candy Blue version of Göran "Sillen" Silfors' Model A roadster, taken at the 1968 Hot Rod Show in Stockholm. Known as the Early Bird, Sillen's roadster featured Royal Blue Metalflake flames by Yankee Custom Parts. "Sillen" pinstriped the car himself after it had been painted. The car ended its days in a garage wall. The remaining parts were sold and spread all over Sweden. Photo courtesy of P.A. Flink, provided by Martin Flink. 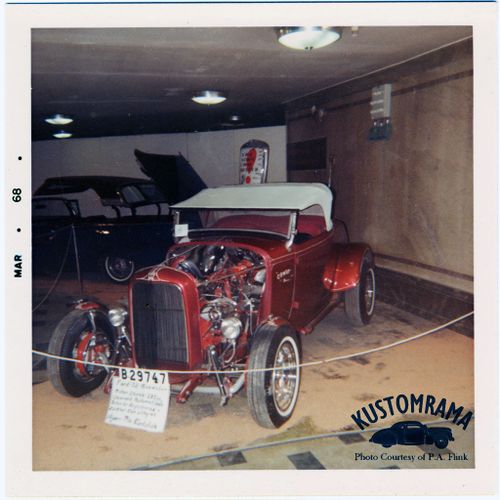 A photo of the Candy Red version of Lars Erik Ljungkvist's 1932 Ford roadster taken at the 1968 Hot Rod Show in Stockholm. According to the sign in front of the car, Pia Karlseth was the current owner. Photo courtesy of P.A. Flink, provided by Martin Flink. 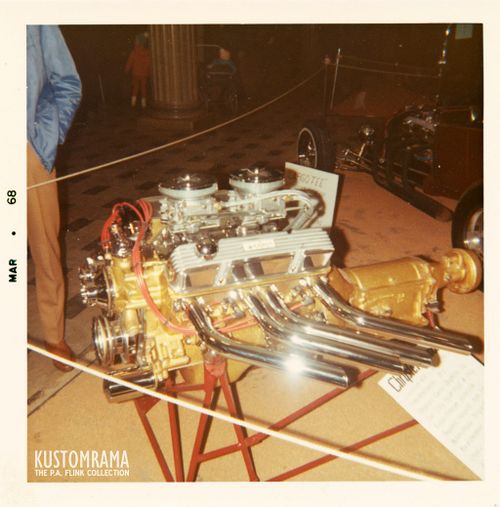 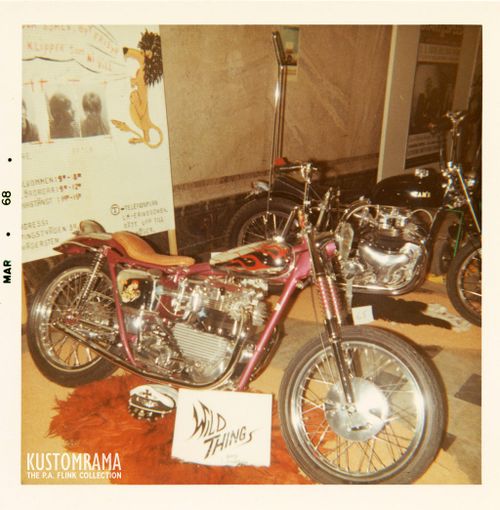 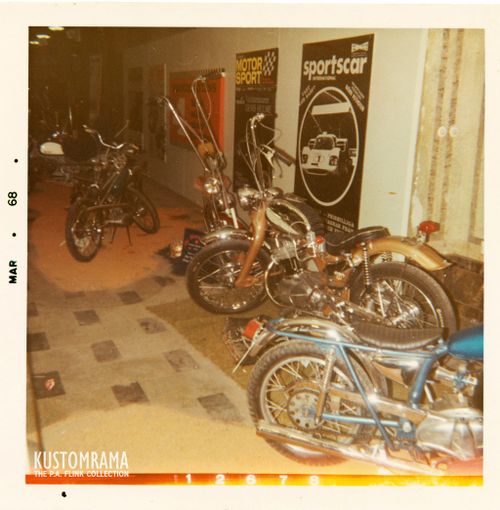 The blue Metalflaked 1962 Ducati 125cc in this photo belonged to Ted Westerfors. The four-stroke motorbike featured a custom seat, custom tank, and sparkling Metalflake paint job by Bosse "Gamen" Sandberg. "Also a lot of polished aluminum," Ted told Sondre Kvipt of Kustomrama in 2019. "Gamen invited me after painting the gas tank. I got paid 125 SEK for participating in the show. Very proud..." Ted lived in Bromma, a western suburb of Stockholm. "Since I didn’t have any form of transportation and the bike didn’t run, I had to push it all the way. Took me 4 hours and a sore back because it was so low." Photo courtesy of P.A. Flink, provided by Martin Flink. 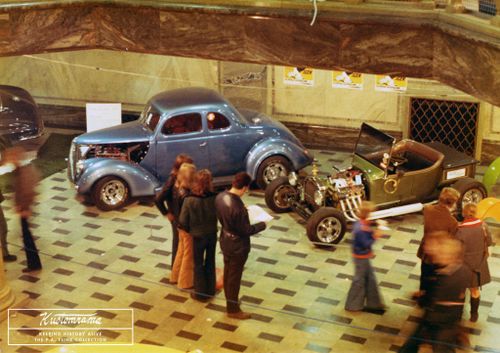 A photo of Raymond Öström's 1937 Ford Coupe from the 1973 Hot Rod Show in Marmorhallarna in Stockholm. Raymond's coupe was originally built by Christer Lundberg of Stockholm in the early 1960s. Photo courtesy of P.A. Flink, provided by Martin Flink. 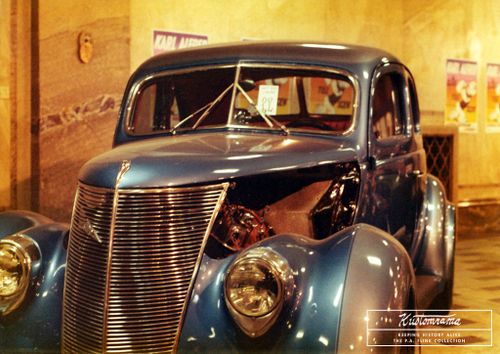 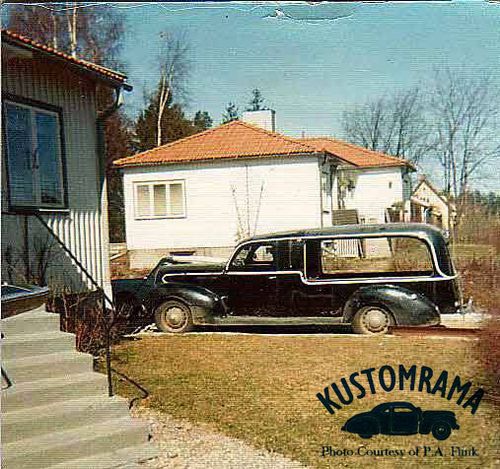 P.A Flink of Gävle, Sweden was born in 1952. He was introduced to the motor scene at age, 15 when he built his first kustom moped. The moped, named "The Peacock", was shown at the 1967 Hot Rod Show in Stockholm. During the late 1960s and 1970s P.A. was a regular visitor at almost all of the Hot Rod Show's in Stockholm, bringing his camera to immortalize the Swedish hot rod and custom scene.[1]

At age 17, in 1969, P.A bought his first car, a 1935 Chevrolet fourdoor sedan. In the early 1970s he got the urge for a hot rod, and he bought a 1930 Ford Model A roadster body that Calle Johansson and Bengt Larsson of Rättvik had started to build into a hot rod in the mid 1960s. The same body was also used to make molds for Carl-Ola Englund's fiberglas roadster. At age 23, in 1975, P.A. bought a 1939 Ford hearse, a car he made the streets of his hometown unsafe with. In the late 1970s P.A. had a bunch of 1955 Chevrolet's that he sold. His first was a 1955 Chevrolet pickup that he bought in Los Angeles in 1976. He drove the truck from coast to coast, along with a buddy in a 1940 Ford coupe, before both cars were shipped from New York to Sweden.[1]

Please get in touch with us at mail@kustomrama.com if you have additional information or photos to share about The P.A. Flink Photo Collection.