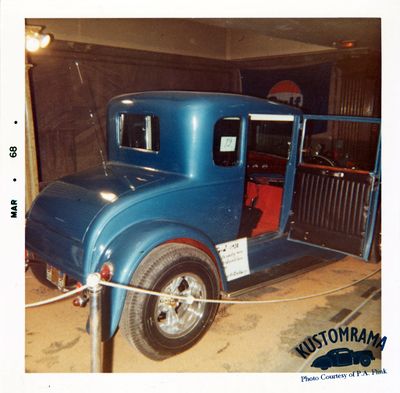 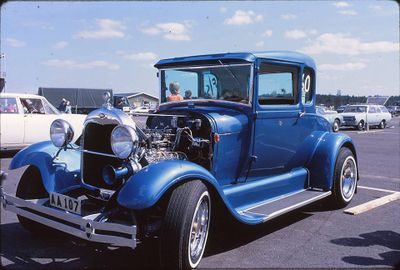 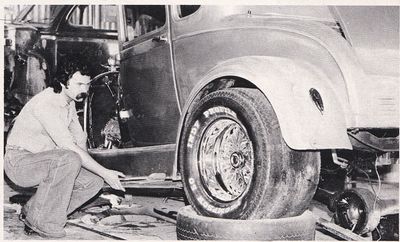 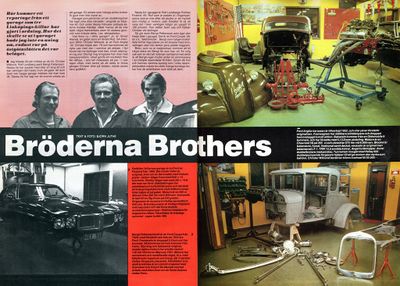 A photo of the coupe in bits and pieces was featured in an issue of Start & Speed Magazine in the 1970s. Bengt Petterson had just bought the car when the story was made. 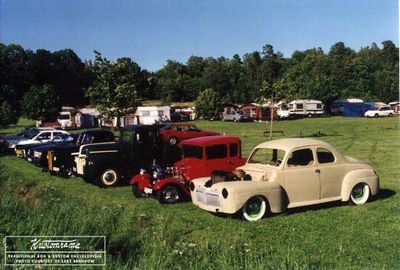 A photo of the coupe taken at the Flatlanders show in 1992. Photo courtesy of Lars Brandow. 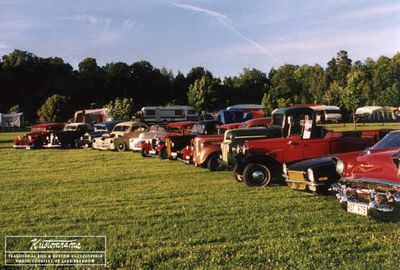 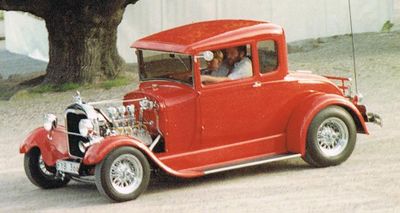 A photo of the coupe taken at the 1993 Street Rod Nats in Stockholm. 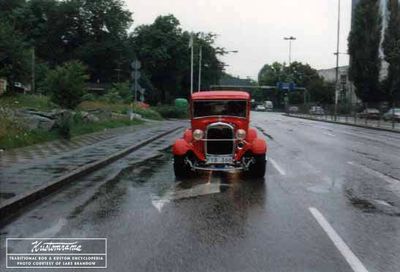 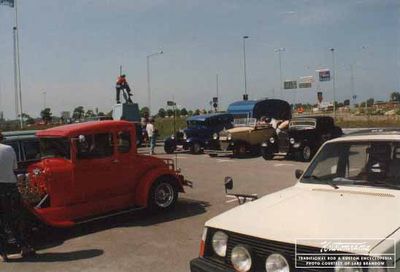 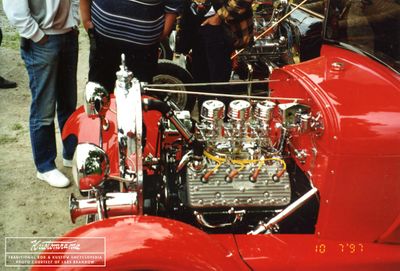 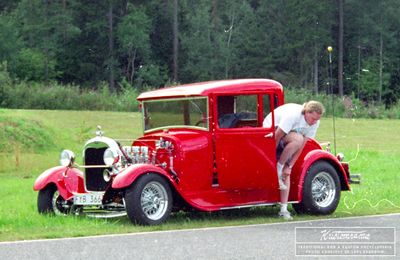 A photo of the coupe taken at Mantorp Park circa 1995. Photo courtesy of Lars Brandow. 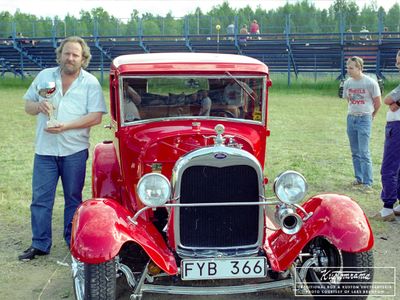 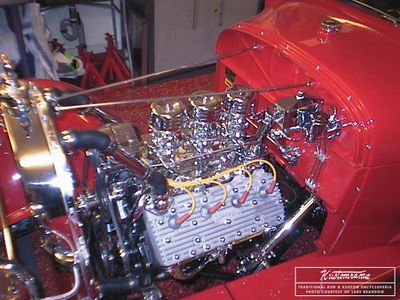 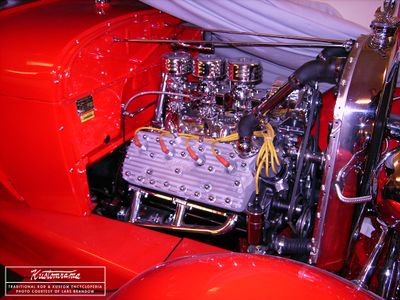 1928 Ford Model A coupe owned by Janne Rådström. The car was built on a 1932 Ford frame,[1] and according to Lars Brandow, the original builder was a fellow named Sven.[2]

In 1968 the car was shown at the Hot Rod Show in Stockholm.

Sometime after that it was sold to Staffan Runhag. It was still blue when Staffan owned it. Staffan wrote himself an article in Colorod 8 1977 about the car and the modifications he did at that time. The rear fenders was widened 6 cm to cover the new 10" wide chromed spoke wheels.


A photo of the car in bits and pieces appeared in Start & Speed Magazine in the 1970s. Bengt Petterson of Linköping was the current owner, and he had just bought it when the story was made. Parts for the build at the time included a chromed and 2.5 inch dropped front axle, Volvo disc brakes, a Lincoln three-speed transmission, and a 1951 Mercury V-8. The engine had been hopped up with Edelbrock heads and a three-carb Edelbrock intake-manifold. Due to the 1932 Ford frame, the car was in 1988 titled as an "Amatörbygge." Bengt still owned the car in 2019.

Please get in touch with us at mail@kustomrama.com if you have additional information or photos to share about Janne Rådström's 1928 Ford.