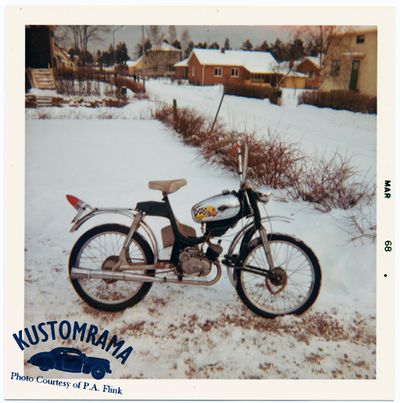 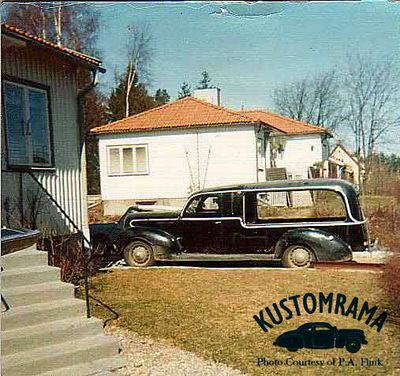 P.A Flink of Gävle, Sweden was born in 1952. He was introduced to the motor scene at age, 15 when he built his first kustom moped. The moped, named "The Peacock", was shown at the 1967 Hot Rod Show in Stockholm. During the late 1960s and 1970s P.A. was a regular visitor at almost all of the Hot Rod Show's in Stockholm, bringing his camera to immortalize the Swedish hot rod and custom scene.[1]

At age 17, in 1969, P.A bought his first car, a 1935 Chevrolet fourdoor sedan. In the early 1970s he got the urge for a hot rod, and he bought a 1930 Ford Model A roadster body that Calle Johansson and Bengt Larsson of Rättvik had started to build into a hot rod in the mid 1960s. The same body was also used to make molds for Carl-Ola Englund's fiberglas roadster. At age 23, in 1975, P.A. bought a 1939 Ford hearse, a car he made the streets of his hometown unsafe with. In the late 1970s P.A. had a bunch of 1955 Chevrolet's that he sold. His first was a 1955 Chevrolet pickup that he bought in Los Angeles in 1976. He drove the truck from coast to coast, along with a buddy in a 1940 Ford coupe, before both cars were shipped from New York to Sweden.[1]

Please get in touch with us at mail@kustomrama.com if you have additional information or photos to share about P.A. Flink.