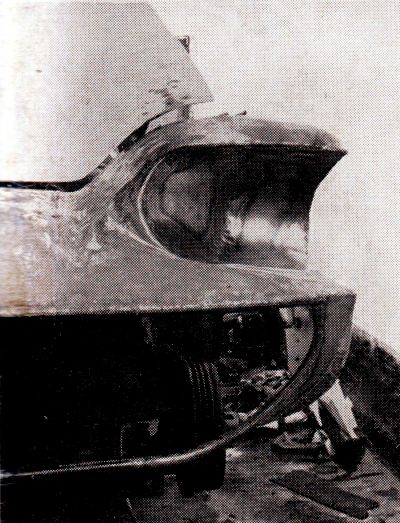 Construction photos of the Wild Bird version of Bo's Thunderbird taken in November of 1965. These were published in Start & Speed No.2-1966. 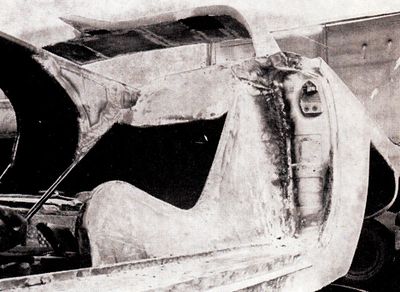 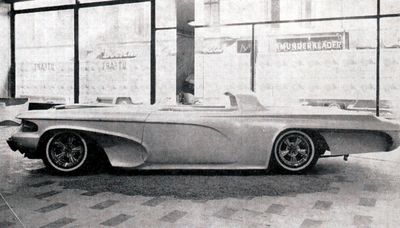 The Wild Bird version of Bo's Thunderbird as it appeared in 1966. This photo was published in Start & Speed No.2-1966. 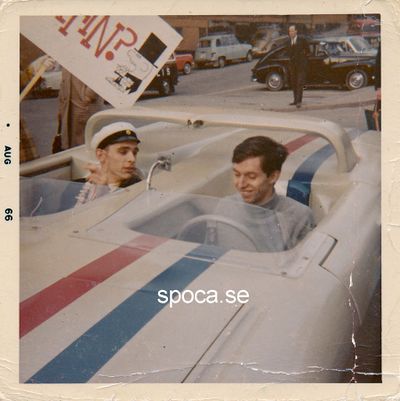 A photo of Bo in the Wild berg taken in April of 1966. Photo courtesy of Sven and Maude Sandberg, from Spoca.se. 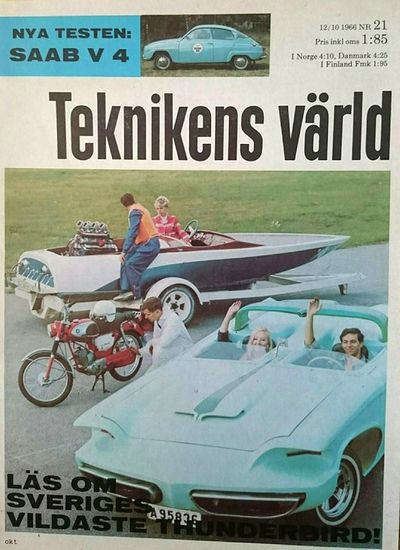 A light green version of the Wild Bird was featured on the cover of Teknikens Värld 12/10 1966 as "Sweden's Wildest Thunderbird." 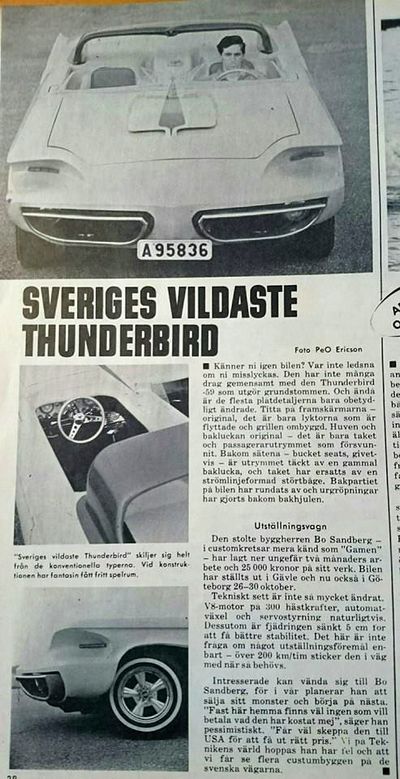 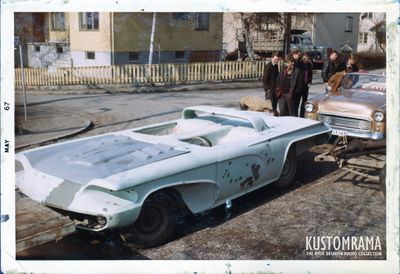 A photo of the Wild Bird taken during the April 1967 Hot Rod Show. Photo by Ryde Brundin, courtesy of Maths Pålsson. 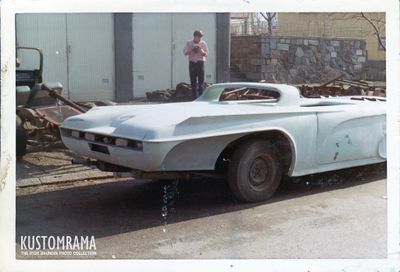 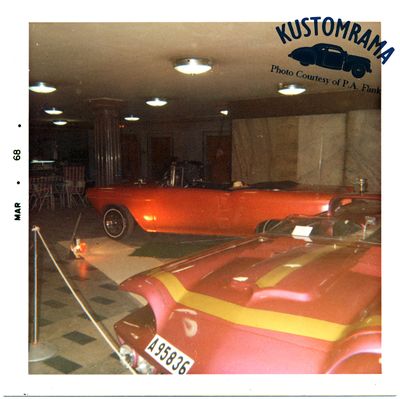 A front end shot of the Deejays GTA version of Gamen's Thunderbird at the 1968 Hot Rod Show in Stockholm. Photo from the P.A. Flink Photo Collection. 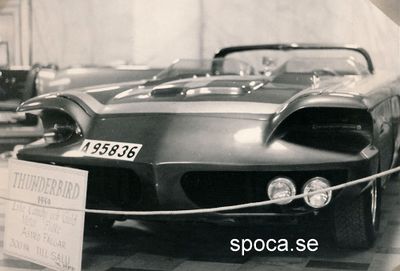 Another photo of the Deejays GTA at the 1968 Hot Rod Show in Stockholm. Photo courtesy of Sven and Maude Sandberg, from Spoca.se. 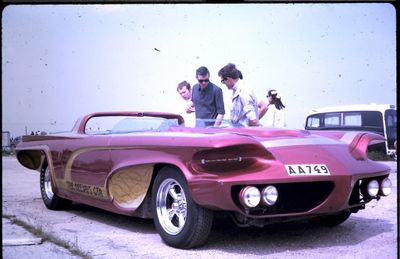 The Deejays GTA version of Bo's Thunderbird at the 1968 SPR. 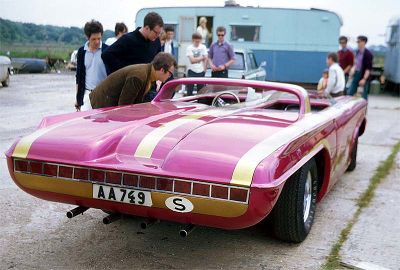 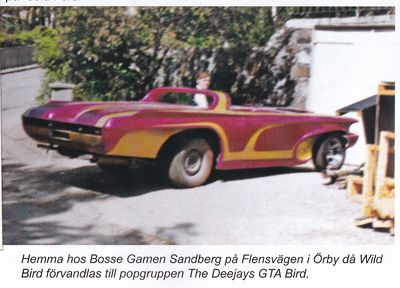 At Flensvägen preparing for the DeeJay version. Photo Bert Kjellin 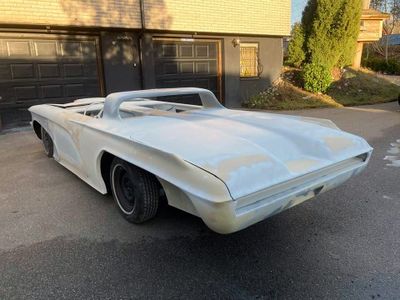 A photo of the Wild Bird as it sat late in January of 2021. Photo courtesy of Sven Sandberg. 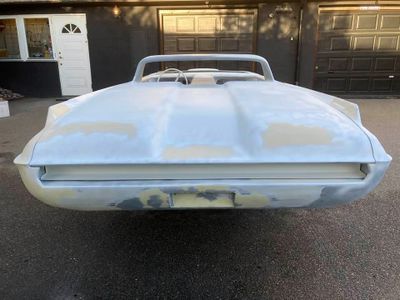 1959 Ford Thunderbird owned and restyled by Bo "Gamen" Sandberg of Yankee Customs in Älvsjö, Stockholm, Sweden. After building a customized 1959 Ford Thunderbird named the "Surfin Bird", Bo started building a more radical Thunderbird custom called the "Wild Bird" in 1965. The Wild Bird build was based on a Thunderbird coupe that Gamen cut the roof off. He saved and chopped the part of the roof above the rear window. An additional trunk lid from a 1959 Ford Thunderbird was flipped around and welded on to the body over the back seats. The old taillight housings on the flipped trunk lid were used to attach the headrests. Fiberglass GT chairs were placed low and further back then original. A flying console was installed between the front seats. The original console and all the pieces around the dashboard were chromed. A 13 inch Covico steering wheel was installed to give more room for the driver. The rearview mirror was installed between the dual plexi windshields. The front end was heavily restyled and fit with two large air intakes. The front fenders that used to house the taillights were modified and fit with directional lights. The taillights were moved down into the air intakes. The air intakes on the hood were given the same treatment as the front fenders. Bo got help from several other custom car builders like Matti Johansson and Bo Kjellner.[1] The suspension was lowered 5 cm.[2]

The first version of the "Wild Bird", was completed in 1966 and shown along with some construction photos in Start & Speed No.2-1966. This version of the "Wild Bird" was painted silver flake over a white base. One Bright Red and one Royal Blue stripe was painted over the body from the front to the end. The stripes were also implemented in the seat and on the floor. The second version featured Rader wheels, dual windshields and a taillight that span the width of the car. According to the article in Start & Speed No.2-1966, the car was good for 300 horsepowers. The automatic transmission had a floor shifter.[1] A light green version of the Wild Bird was later featured on the cover of Teknikens Värld 12/10 1966. Presented as "Sweden's Wildest Thunderbird," Gamen had according to the story in the magazine spent two months and 25 000 SEK building the Wild Bird. Gamen told the writer that he had planned to sell the car to build a new custom, but he was afraid that nobody in Sweden would actually pay what the build had costed, and that he had to ship it to the US and sell it overseas. 26 - 30 of October 1966 the car was shown in Göteborg.[2]

In 1968 The Deejays GTA version of Gamen's Thunderbird was shown at the Hot Rod Show. Bo also took it on a trip to England the same year.


The car came later to Kjell Pettersson in Upplands Väsby and in very bad shape when Torgny Theodorsson in Askim bought it in the late 1980s and started an extensive restoration.
A full story of the Wild Bird history was published in Wheels magazine no. 12/2007, with pictures from Torgny's renovation work.


In April 2020, the car at last returned to Stockholm and the Sandberg family, but now Sven Sandberg and his son Joakim Sandberg who will continue the restoration and hopefully finish this iconic custom to its initial look (in white pearl and red and blue stripes)!
The car was incomplete but a 352 FE engine has been found that will be set up with an Edelbrock 3-carb manifold and tuned by Inge Ellburg, legendary Ford expert.


Extensive body and mechanical work by Sven while Joakim is busy finding rare parts from that era, like Rader wheels with spinners.


We look forward to see the car on the Stockholm streets again!

Please get in touch with us at mail@kustomrama.com if you have additional information or photos to share about Bo Sandberg's 1959 Ford.