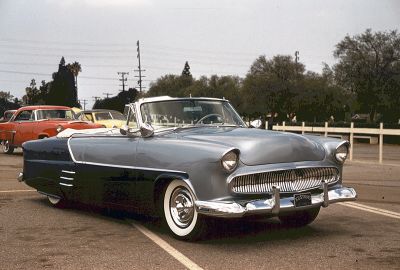 A photo of Sam's Ford from an outdoor car show at Hollywood Park. Photo from the GT350LADY Collection[1] 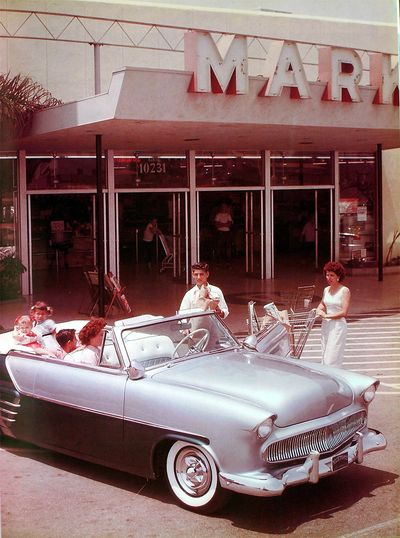 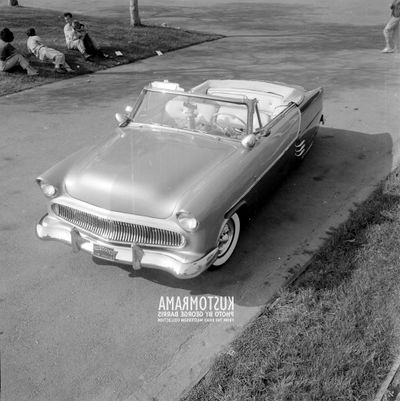 Photo by George Barris, from the Brad Masterson Photo Collection. 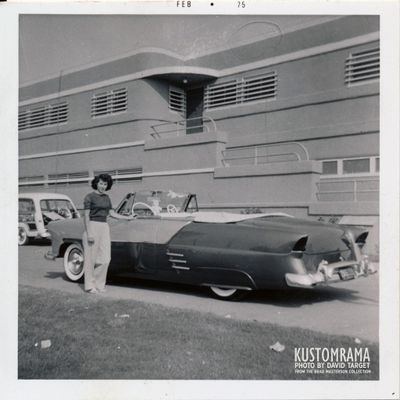 Mom's Dream Car! In the official program for the 1955 Motorama, Sam's convertible was listed as "Mom's Dream Car." It featured a full padded safety interior, 5 impact safety belts, a baby bottle warmer on the dash, and a diaper bag dispenser behind the front seat. Developed in 1975, this photo shows Sam's wife with the car in front of the Pan Pacific Auditorium. 15 years old David Target took the photo during his first trip to California. The Von Dutch painted Barris Kustoms' 1949 Ford Woody Wagon parts hauler can also be spotted in the photo. Photo from The Brad Masterson Photo Collection. 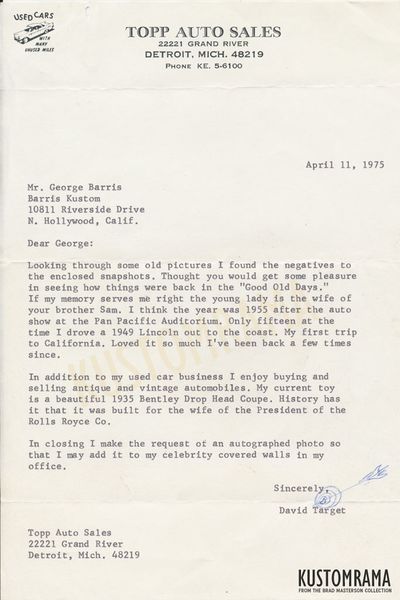 A letter that David Target sent George Barris in 1975. The photo above was enclosed with the letter. Scan from The Brad Masterson Photo Collection. 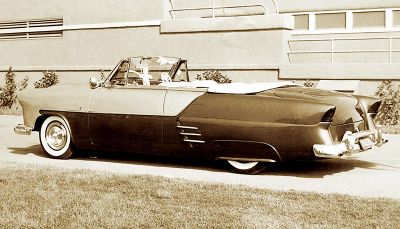 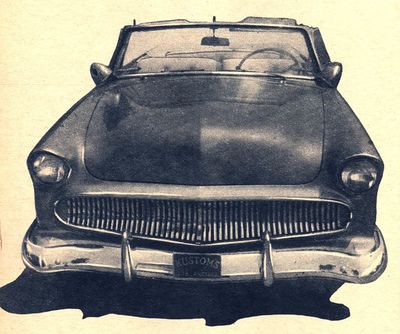 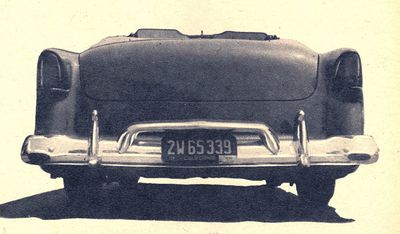 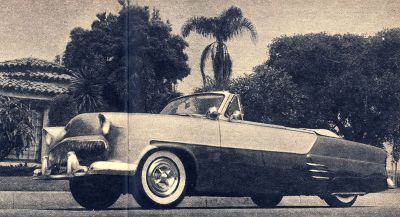 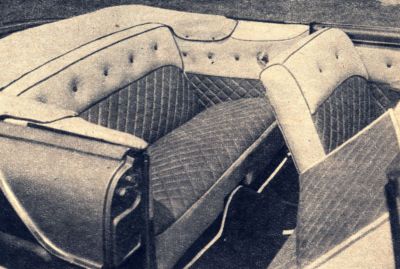 A photo of Sam's Ford was published in Best Hot Rods Number 3 from 1957. By then the car had been sold to James Ray. The photo was taken at The igniters Motorcade in Chicago. 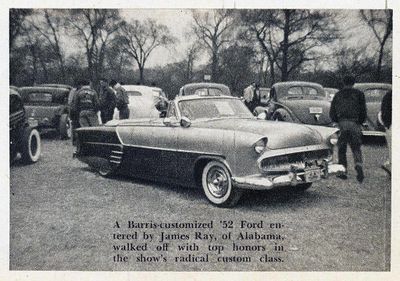 In 1960 a photo of the car appeared in the Showtime U.S.A. section of Custom Cars Magazine. By then, Sam's old custom had been sold to Roy Bennett of Hueytown, Alabama. Powered by a wild 1956 Ford Thunderbird engine, that version had received Chrysler quad headlights and fender scoops.

Sam built the car for his family's use. The car was fit with a hand made chrome grille that gave the car a T-Bird feeling. The grille consisted of two 1953 Ford upper bars frenched-in with one upright and the other inverted. 1955 Ford Fairlane headlight rings were used in front. The rings were paired with Buick lower rings. The hood was shaved and rounded. The stock bumper was kept in the rear. The bumper was modified by adapting a 1955 Pontiac license guard onto it and the exhaust was routed through the bumper. The character line above the rear wheel-well was lengthened into extensions housing frenched 1955 Lincoln taillights. The taillights were frenched with round rod. Reversed 1955 Pontiac side trim pieces were used to separate the two-tone Abstract Blue and Metallic Blue Mist paint job. The rear fender trim consisted of teeth from a 1953 Mercury Monterrey. Deep-flared skirts enhanced the low look of the car. It was also fitted with dual spotlights, and Dodge Lancer wheel discs. The wheel discs were modified with Eastern Auto Bullets. During the build, Sam chopped Dick Jackson's 1954 Mercury. Sam told Dick he could chop the top on his Mercury in exchange for after-hours labor on the Ford.[2]

Sam Barris' convertible was later known as the Practical Ford as it was featured on the cover of the Rod & Custom December 1955 issue with that title. In the official program for the 1955 Motorama, the car is also called "Mom's Dream Car". The car featured a full padded safety interior that was done at the family shop. It had 5 impact safety belts, baby bottle warmer on the dash, diaper bag dispenser behind the front seat. The car had also Bendix power brakes installed, double safety pushbutton doors operated only from the driver's side, and absence of external protrusions.[3]

By 1957 the car had been sold to James Ray of Birmingham, Alabama. A photo of the car from when James owned it was published in Best Hot Rods Number 3 from 1957.[4]

In 1960 a photo of the car appeared in the Showtime U.S.A. section of Custom Cars Magazine. By then, Sam's old custom had been sold to Roy Bennett of Hueytown, Alabama. Powered by a wild 1956 Ford Thunderbird engine, that version had received Chrysler quad headlights and fender scoops.[5]

Please get in touch with us at mail@kustomrama.com if you have additional information or photos to share about Sam Barris' 1952 Ford.