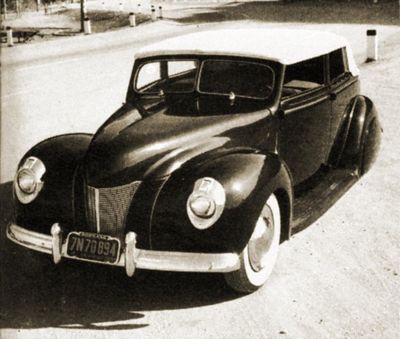 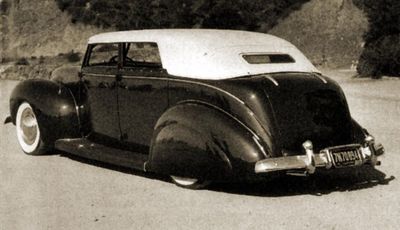 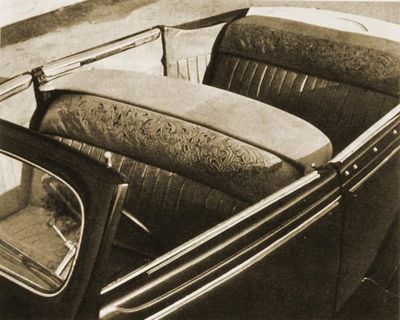 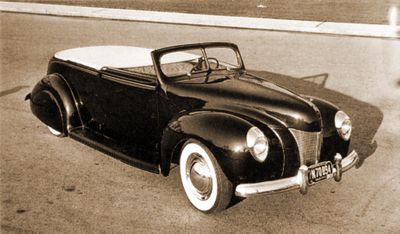 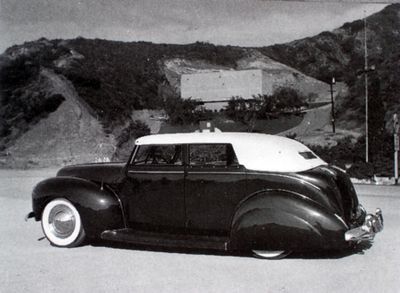 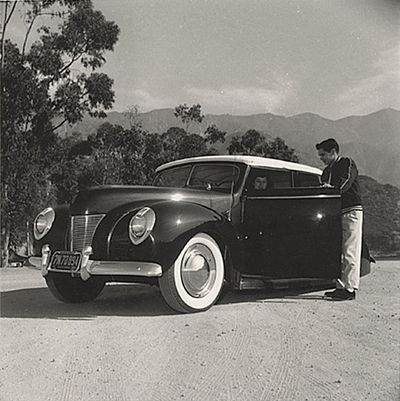 1938 Ford Convertible sedan restyled by Valley Custom for Ray Vega of Burbank, California. Neil Emory and Clayton Jensen channeled the body 5 inches. In the rear, it was modified with Buick fender skirts and 1941 Studebaker taillights. The car did also feature many 1940 Ford parts, such as the instrument panel, grille, headlights, front fenders, steering wheel, column shift, and transmission. The 5 inch sectioned hood was also borrowed from a 1940 Ford. All unnecessary chrome such as handles, ornaments and handles were removed. The windshield was chopped 3 inches and a removable padded Carson Top was installed. Whenever the top was off, a canvas tarp covered the rear seats. It was painted maroon red, with natural brown leather upholstery that was hand tooled by Ray's mother and installed by L & L Upholstery Shop of Glendale.The seats were lowered 3 inches to take care of the difference in top height and to make for better visibility. The car sported 1947 Ford bumpers that were raised 5 inches higher than than they normally would be.[2]

The car is still around, in bad need of a restoration. The rear wheel openings have been cut out. Maybe someday this masterpiece will return back into its former glory.[3]

Please get in touch with us at mail@kustomrama.com if you have additional information or photos to share about Ray Vega's 1938 Ford.