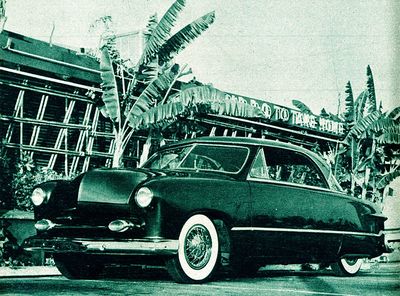 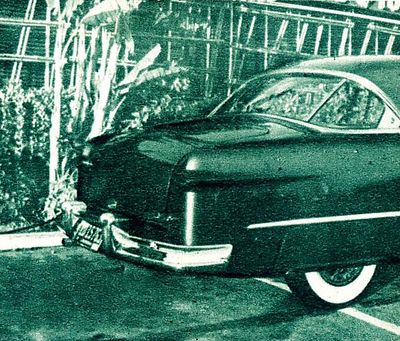 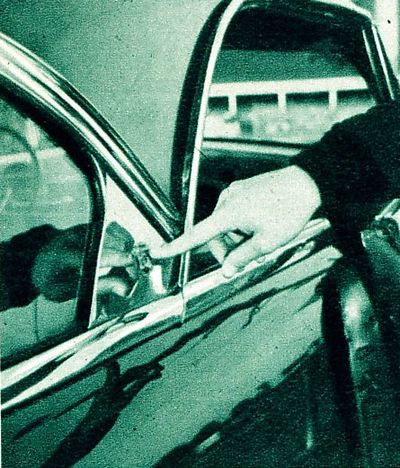 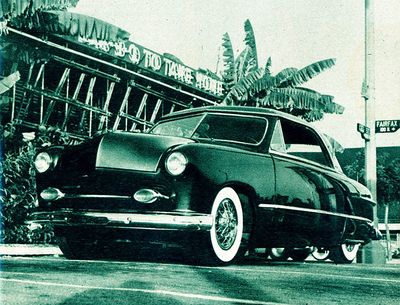 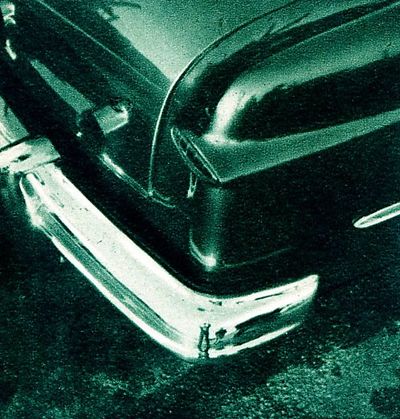 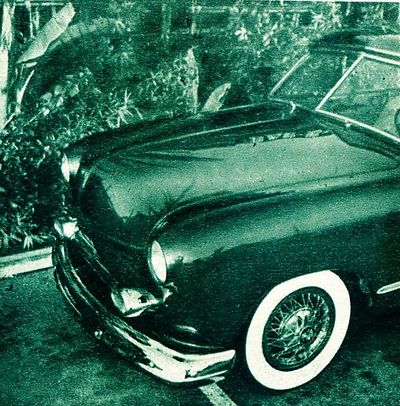 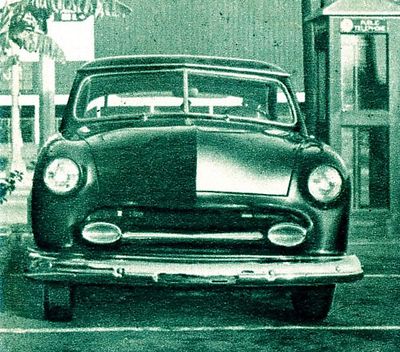 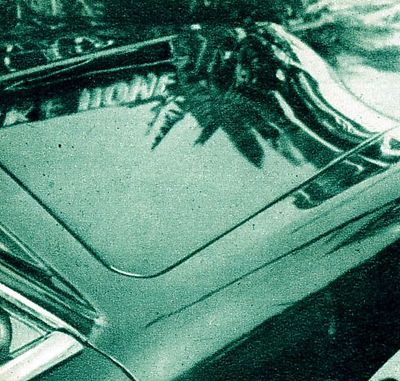 1951 Ford Victoria restyled by Valley Custom for Jay Greer of Glendale, California. Jay bought his car brand new, and made up his mind he wanted to have it restyled. He checked around in the many custom shops around the area and compared prices. He discovered that some of the charges for, say, filling a hood was extremely high, while others were unusually low. Wanting to do as much as possible for the car with the money he had saved, he took his car to a shop that gave him a low estimate. After a while, cracks began to appear on the deck lid and around the filled trim holes. He took it back to get it redone, but it shortly returned. Finally Jay could not stand it more, and looked around for better shops to do the job. He ended up taking it to Valley Custom in Burbank. They ended up removing the work that had been done to it, and re-do it. The hood and deck lid were filled again, the door handles removed, and the bumper bolts shaved. The door buttons were hidden beneath the Ford crest on the C-pillar, Jay installed the solenoid and placed the buttons by himself. He also placed two buttons on the dash, and made a concealed T-handle to open the right door in case of electric fault. The rear bumper was fit with a 1951 Mercury license guard. The headlights were frenched, and a Canadian 1950 Ford Meteor grille shell was installed, which was ordered directly from Vancouver. Inside the cavity, a 1953 Oldsmobile grille bar was mounted. The upper hood corners were rounded as well. The T seam on the quarter panels were filled, and the taillights were frenched. They used a set of 1949 Ford taillights rims, which were cast in brass, then brazed to the fenders and molded-in. The side trim was actually from a 1949 Ford. In order to get the right stance, the rear springs were de-arched and mounted blocks installed, the front was lowered by using a Valley Custom lowering kit. Once the bodywork was done, it was painted a Sunset Flame red, with a Golden Mist top, both done in lacquer, rubbed out to a shiny gloss.[1]

Jay wanted a bit more horsepower under the hood as well. The original mill had seen better days, so he replaced it with a 1952 Ford engine, bored to 3 5/16" and fit with a Mercury crankshaft to gain a 1/4" of stroke. The block was both ported and relieved and fit with an Iskenderian camshaft. The flywheel was reduced 17 pound, and an Offenhauser dual manifold was instaled with a set if 94's. With a set of Edelbrock 8 to 1 heads, a Mallory ignition, a pair of Belond headers and a couple of 22" Douglas mufflers, the Tahitian was ready to hit the road![1]

Please get in touch with us at mail@kustomrama.com if you have additional information or photos to share about Jay Greer's 1951 Ford.