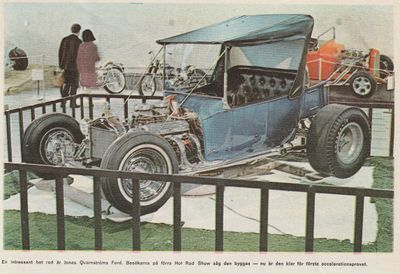 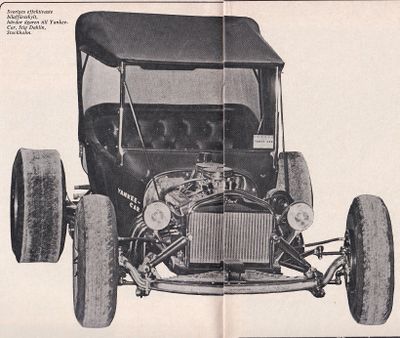 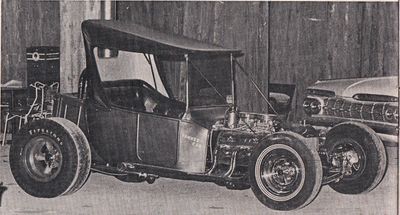 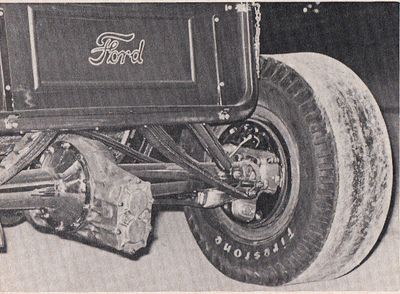 The Halibrand quick-change. Photo from Start&Speed 4/1967 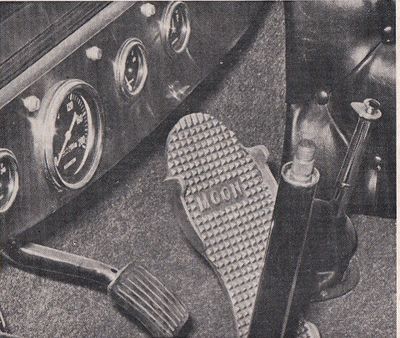 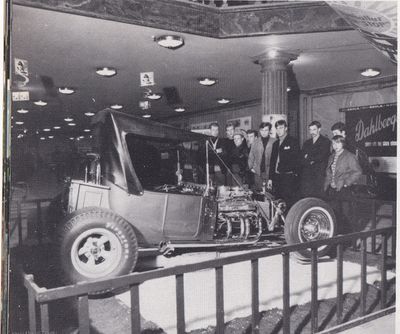 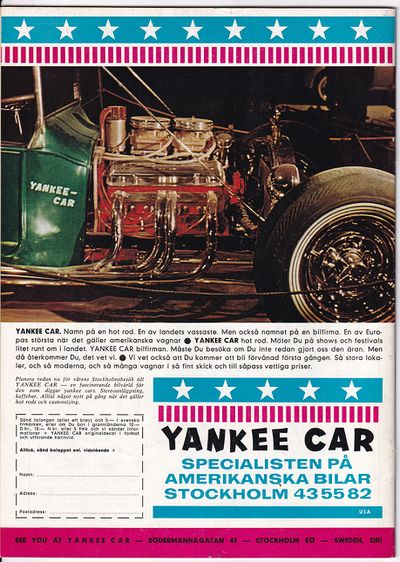 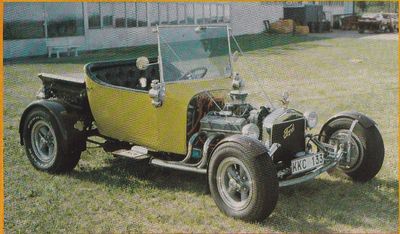 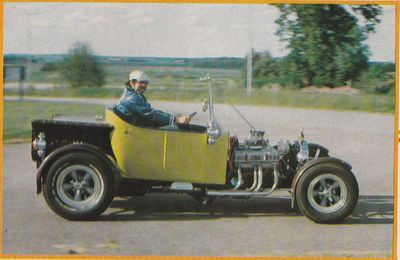 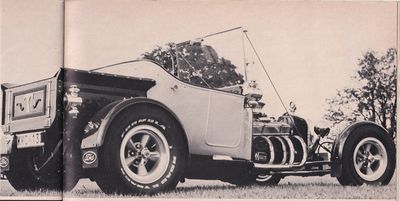 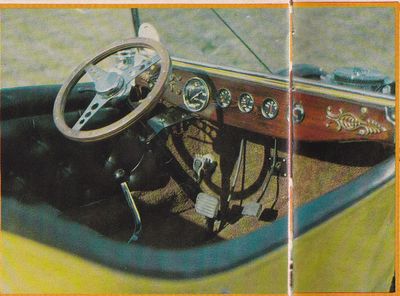 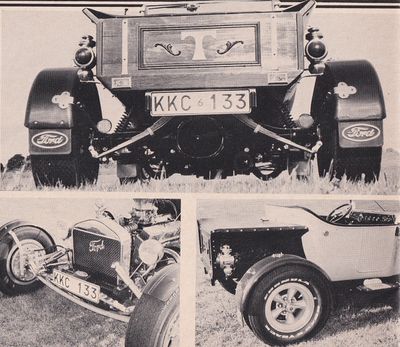 The "Yankee Car" was initially built in 1965-1966 by Palle Eriksson and Jonas Qvarnström for Stig "Stickan" Dahlin.
Stig was the owner of a car dealer company at Södermannagatan 43 in Stockholm named "Yankee Car".


It was built for Hot Rod Show 1966 in Marmorhallarna where "Stickan" had his display and won many prices.
Engine a CSB from a 1960 Corvette, transmission 3-speed TH350.


The Kellison fibre glass body was first painted orange, then green candy and finally blue metallic.
Interior i black naugahyde was made by Zenith Bilklädsel in Stockholm.


The car never hit the streets at that time and it went through several owners over the years.
Finally Tomas Kaakinen in Borlänge took care of most of the parts
and it was there that Weine Andersson from Åtvidaberg found and bought it in 1977.


Weine checked the car thoroughly and did some changes to improve the car. The work was very well done, so he managed to get it registered and approved by the authorities in 1979! It was registered as a 1966 model.
Weine and his brother Sievert ran a car shop in Åtvidaberg at that time and the car inspection (Svensk Bilprovning) was next door which probably facilitated the procedure.


The driveline is Chevrolet, from a 283 ci smallblock, TH350 transmission and rear end from 1957 Chevy.
(Tomas Kaakinen kept the chrome 1948 Ford rear end with Halibrand quick-change for use in his -33 Ford).


Weine manufactured many parts in wood, as the dashpanel and the pickup lorry. He painted the car yellow.


It was published in Colorod Magazine no. 7/1979 where it also was up to sale.


Tragically, the car broke and rolled on the highway outside Mantorp after a meet in July 1979. Weine didn't survive the accident and passed away July 10.


Carl Evert Larsén in Holmsjö, Blekinge bought the car via an ad from the sterbhouse. Due to the bad state it was put aside and the remainings are still(2022) preserved at his place.


According to Carl Evert, the main cause of the accident probably was that the rear axle 4-link mounts broke and the car went sideways.
It landed in a trench and went straight into a post or pillar beside the road.
One side of the car was severely damaged, the front axle and the frame bended and the engine and gearbox was torn apart!
Nothing could really be saved. Obviously, the car was not built with the quality needed for road safety.

Please get in touch with us at mail@kustomrama.com if you have additional information or photos to share about Stig Dahlin T-23 Yankee Car.