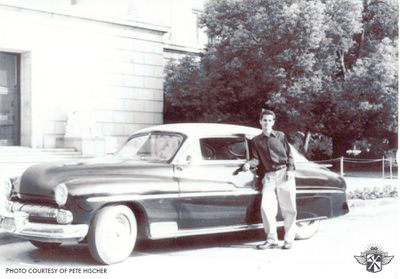 An early photo of Peter's Merc after Gene Winfield had helped him shave the hood. Photo courtesy of Pete Hischer. 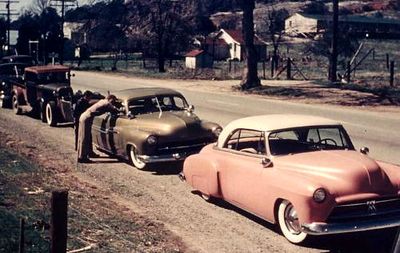 The Merc as it appeared after Gene Winfield had bought it from Peter. In this picture Gene's Merc is parked behind Jim Musick's 1950 Chevrolet. 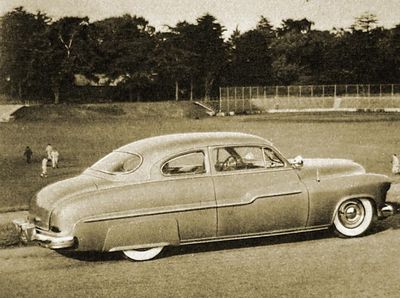 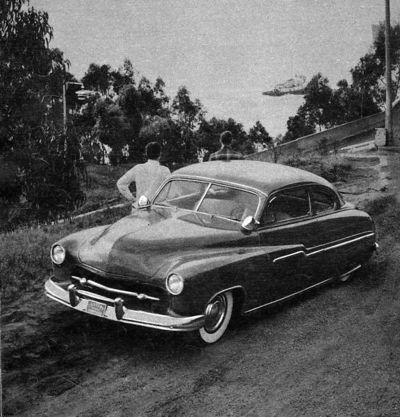 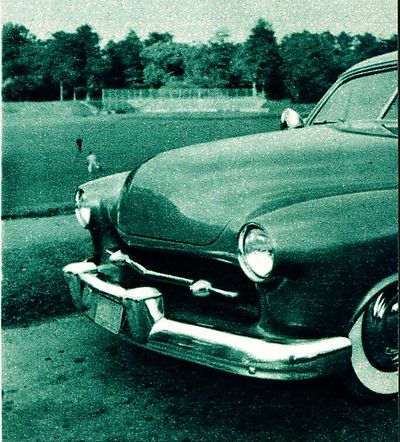 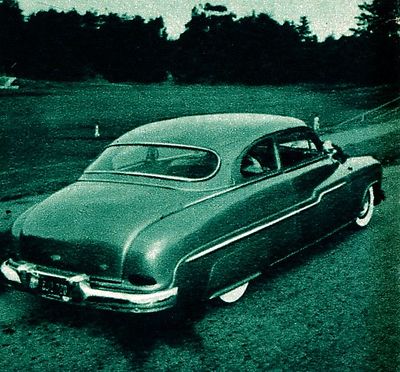 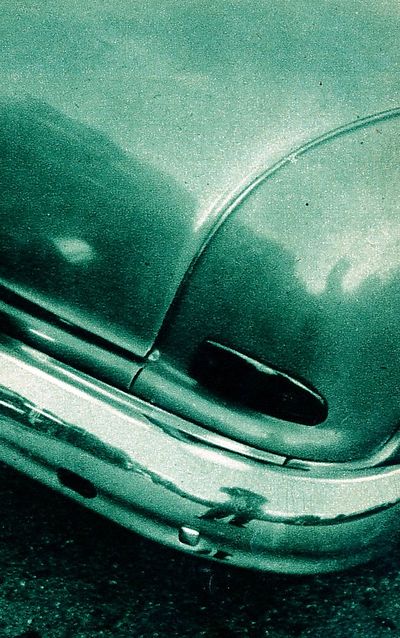 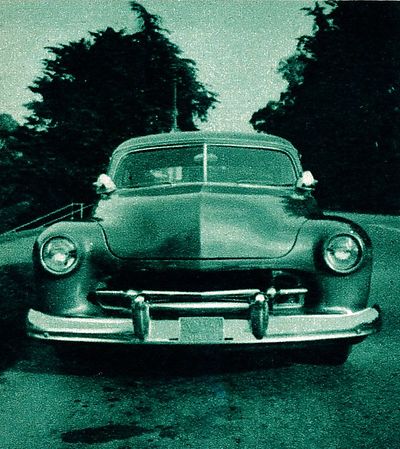 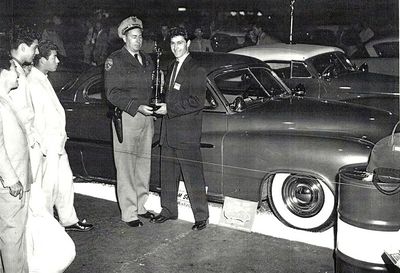 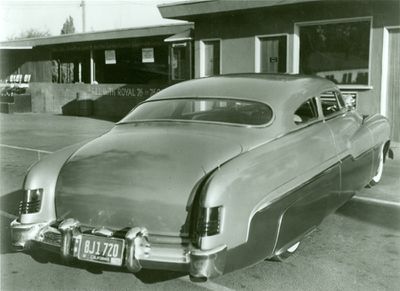 The second version of Gene's Merc. On this photo the car has a 1955 tag on the license plates. Photo courtesy of Peter Hischier.

The Merc as it looked when Gene entered it at the 1956 National Roadster Show in Oakland. 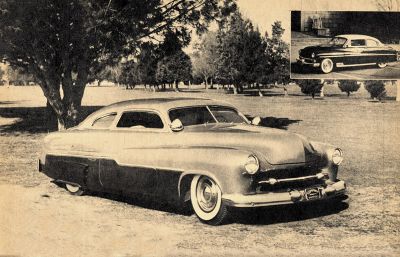 1950 Mercury Monterey coupe originally owned by Modesto Century Toppers member Peter Hischier. Peter worked for Gene Winfield at Windy's Custom Shop on 1309 Figaro Avenue in Modesto. He traded work for kustom modifications, and on Peter's Mercury Gene shaved the hood and deck, and primered the body. The stock flathead was dressed up with aluminum heads and a dual carburetor manifold. After owning the Merc for about a year, Peter sold it to Gene. After he had sold the Merc, Peter bought a black 1950 Cadillac Convertible.[2]

Gene felt he needed a car that could represent what he did for a living. As Gene had already shaved the hood and deck for Pete, he continued the restyling by frenching the headlights. The front end was further modified by installing a floating grille bar made from two 1951 Mercury accessory bumper guards welded to the end with a handmade 14-gauge steel center section. The corners on the hood, doors and trunk were rounded. Over the front wheels he hammerwelded 1952 to 1954 Ford front fender flair openings. The stock side trim was removed, and replaced with moldings from a 1951 Lincoln. The hubcaps were 1951 Lincoln units as well. In the rear, Gene installed taillights from a 1953 Hudson. The vinyl top was also removed before Gene mixed his own lime green color, called Lime Mist, that he painted the car with. Dual Appleton 112 spotlights wrapped up the style.

In 1953 Gene and fellow Modesto Century Toppers member Jon Enberg took the Merc to El Mirage. They drove the Merc, towing Gene Winfield's 1927 Ford Model T Coupe - The Thing. Jon drove the Merc for a speed of 99 mph while Gene drove the coupe in the 120 mph range.[3]

By 1955, Gene had chopped the top and angled the B-pillars on his Merc. A set of 1951 Mercury quarter-panels had been molded to the body to achieve a longer and lower profile. With the new rear fenders in place, taillights from a 1954 Mercury seemed like the natural choice to install. Gene ordered the taillights in late 1953, before the 1954 Mercury even hit the market. Gene had also swapped the side molding from side to side, allowing the body to be painted in a two-tone color scheme. The upper body remained the Lime Mist color, while the lower body was painted dark green. In the back, Gene routed the exhaust through the rear bumper corners that he had finished of with oval flairs. He had swapped the Lincoln hubcaps, and the factory fender skirts had been replaced in favor of a set of flared 1951 Mercury units that he had extended in the front and modified with leading edge scoops fit with three chrome teeths on each side. This version of the car was shown at the National Roadster Show in February of 1956.[4]

Please get in touch with us at mail@kustomrama.com if you have additional information or photos to share about Peter Hischier's 1950 Mercury.