An ad George ran for his business in the souvenir program for the 1958 Santa Ana Rod & Custom Autorama. According to the ad George had been 12 years in the same location by then. 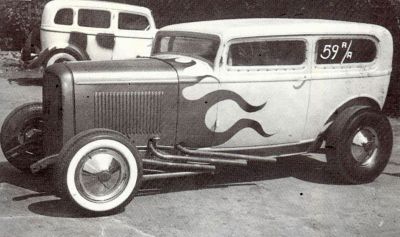 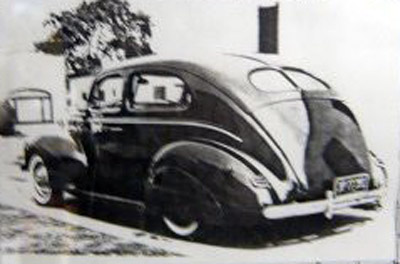 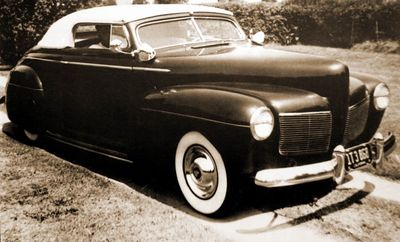 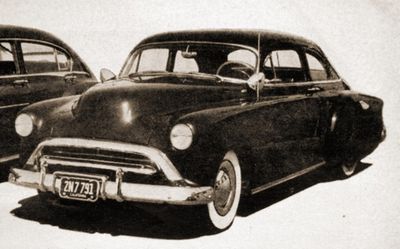 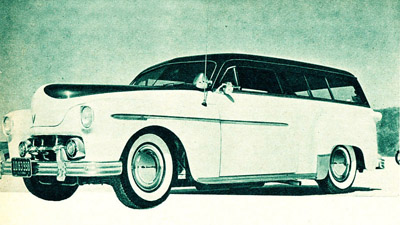 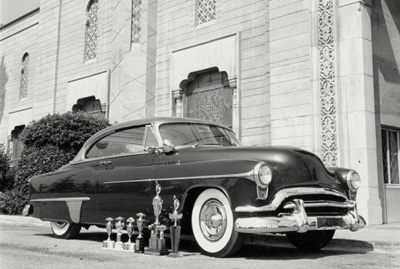 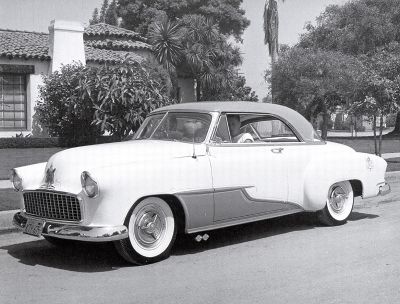 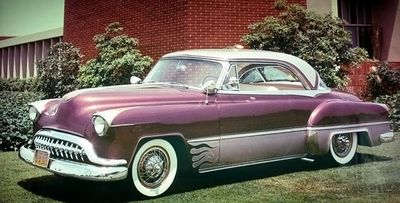 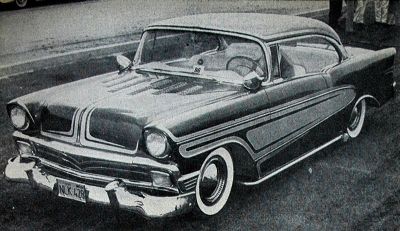 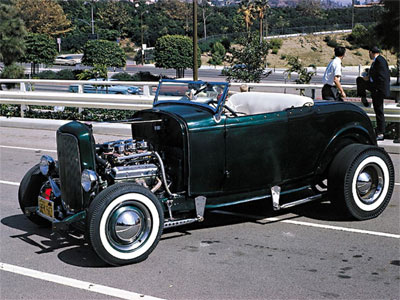 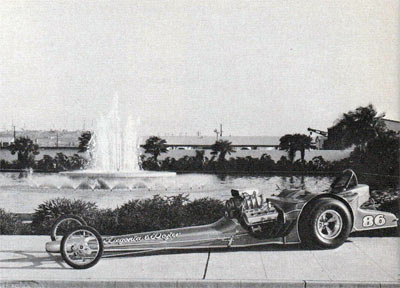 George painted Rich Degonia and Ron Dozier's AA Fuel Dragster in 1965. It was painted Antique blue over Isfahan Turquoise base paint, and it was trimmed in pearl-green, and featured lettering by Kelly.

Body and paint shop located at 1514 North Long Beach Boulevard in Compton, California. The shop was operated and owned by George Cerny and his brother Carl Cerny.[1] George opened up the shop in 1942, after working for his brother in law for a while painting cars at his paint and metal shop. Being interested in modified cars Cerny attracted a lot of young kids to his shop.

George Cerny is known for introducing pastel colors on kustom cars in the early 1950s as he experimented with colored primers.[2] The trend was called "Easter Colors", and George invented it by adding a drop of color to white primer.[3]

In the beginning of his career, Dean Jeffries worked out of Cerny's Custom Shop pinstring cars and boats. Dean used to hang out at Cerny's shop before he went in to the service. Then his dad would hang out, and he asked if George would give him a job when he returned from the army. George rented Jeffries the front part of his shop, and he got a percentage of his earnings. After the word got out that Dean was a pretty good pinstriper George Barris convinced him into subleasing space at Barris Kustoms in Lynwood.[4] George Cerny wasn't too happy about Dean moving out, but he could make more money working out of Barris Kustoms, because when Cerny went home, Dean also had to go home. At Barris Kustoms he could work whenever he wanted, and as long as he wanted.[3]

Please get in touch with us at mail@kustomrama.com if you have additional information or photos to share about Cerny's Custom Shop.