Johnnie's Oldsmobile as it appeared in Popular Science March 1954 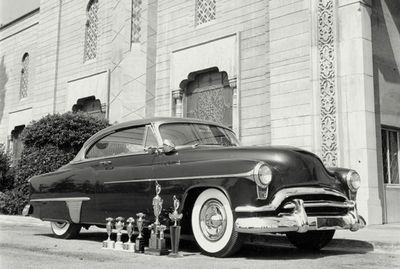 The Oldsmobile as it appeared in Trend Book 116 Custom Cars 1955 Annual. A photo from the same session was also used in the official program for the 1953 Motorama held October 26 to November 1 at the Pan Pacific Auditorium in Los Angeles.Photo by Felix Zelenka. 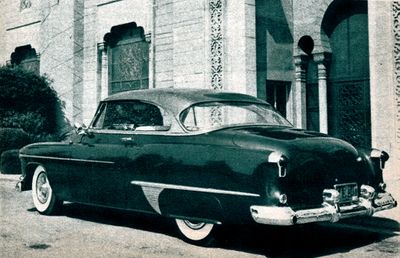 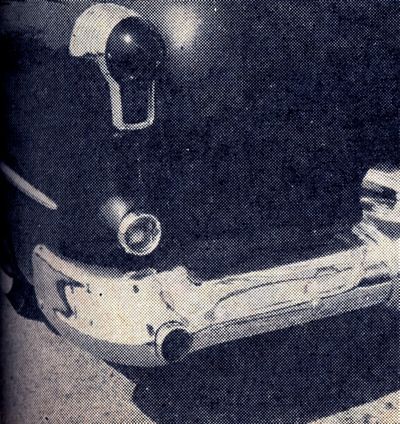 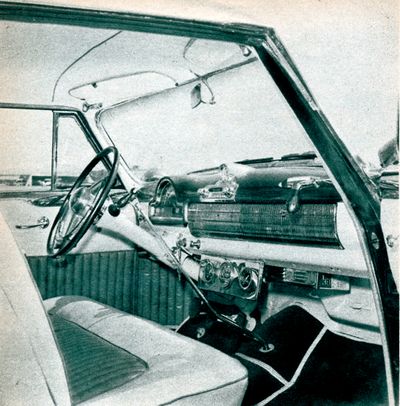 The stock Olds Hydramatic transmission was removed, and a 1937 LaSalle manual floor shift was installed for drags. Photo by Felix Zelenka. 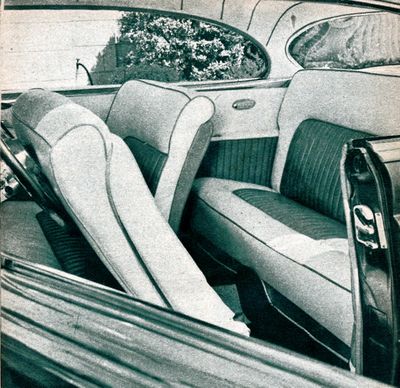 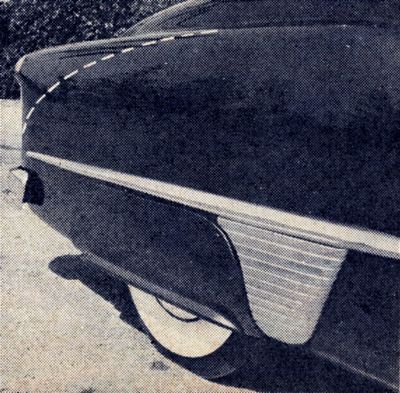 Dashed line indicates where the 1953 Oldsmobile fenders were spliced onto the car. Photo by Felix Zelenka. 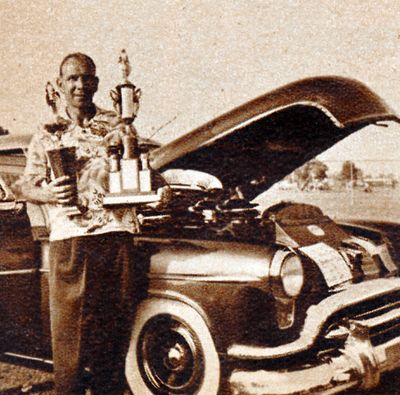 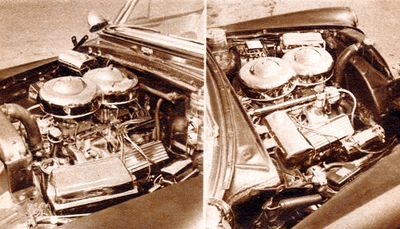 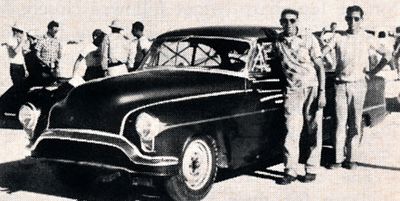 The Olds stripped ready for race. Tape was used to seal body seams.

The second version of the car as it appeared in 1956 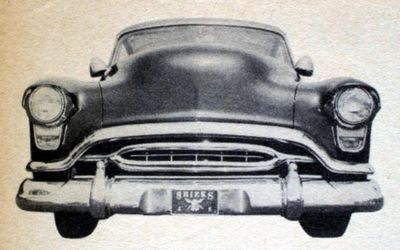 1951 Oldsmobile Holiday 88 Coupe restyled by Cerny's Custom Shop for Johnnie Luna of Compton, California. Johnnie who was a member of the Sheiks Car Club bought the car brand new and handed it over to George Cerny and his brother Carl for a makeover.[1] George shaved the hood and removed most of the side trim on the car. Keeping the front almost stock, the rear section of the car received a lot more bodywork. 1953 Oldsmobile 98 rear fenders were spliced to the stock 88 fenders, extending the rear fenders 2 inches on each side. This modification also allowed George to use 1953 Oldsmobile taillights and trim on the car. The deck lid was also shaved except for the small key lock. The rear bumper was molded into the body and the lower rear fender panels. The exhaust was routed through the bumper. Once the bodywork was completed, George painted the car copper orange with a gold top. The car featured special hubcaps and skirts[2] and was lowered in the front by removing a coil and a half ring from the springs. George wanted the the height of the top of the fender edge to be level with the top of the white wall section of the front tires.[3]

The car was upholstered by Gaylord's Kustom Shop. The seats and side panels were a combination of large rolls and small pleats which were covered in a saddle tan colored material and the rolls were egg white. The dash were painted in a two-tone paint; the upper part being copper orange, and the lower part egg white.[3] The carpeting was maroon with white piping and all of the knobs and fixtures inside the car were custom.[1]

Johnnie's Oldsmobile featured a full race 377 cu. in. 1953 Cadillac engine, and was timed at 135 m.p.h. at Bonneville. October 26 to November 1, 1953 Johnnie's Olds was shown at the 4th annual Motorama in Los Angeles, California.[4] In 1954 the car held drag-race records for its weight class, which was over 2 tons.[2] The 377 Cadillac cubic inch engine was bored 3 15/16 inches and stroked 1/4 inch. It featured a Howard No.5 cam, Howard pistons, a Weiand dual quad manifold, two 1953 Buick carburetors, Mallory Magspark ignition and advance headers. The engine was hooked to a 1937 LaSalle floor shift transmission top for drags. The rear end gear ratio was 3.9 to 1.[3]

One year later, Johnnie's Oldsmobile was featured in Trend Book 122 Custom Cars 1956 Annual as one of the Top Ten Best Customs of 1956. By then the car had received a new front end restyling featuring 1954 Cadillac headlight rims with a special made shields. The stock grille bar had also been replaced by a 1954 Pontiac grille. The front bumper guards were cut down to conform with the new Pontiac grille. In the rear the car received 1954 Packard taillights. [1]

The Oldsmobile was Johnnie's third car, and after George Cerny had restyled the car for the second time, $400 USD had gone into labor and parts.[1]

Please get in touch with us at mail@kustomrama.com if you have additional information or photos to share about Johnnie Luna's 1951 Oldsmobile.