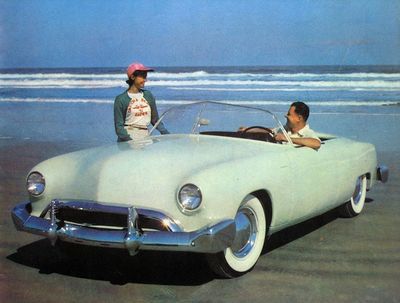 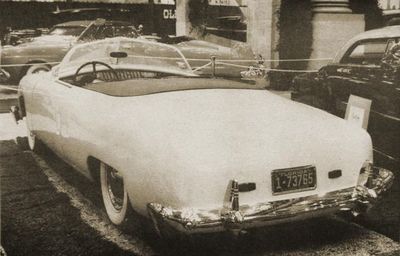 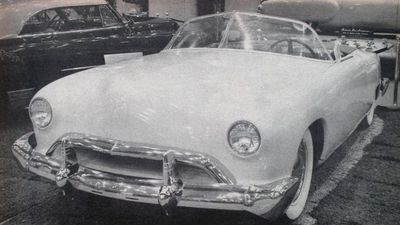 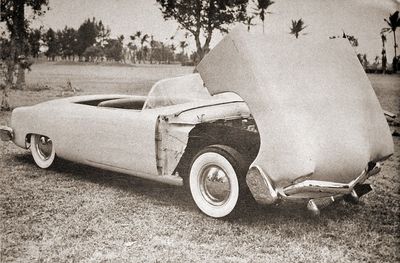 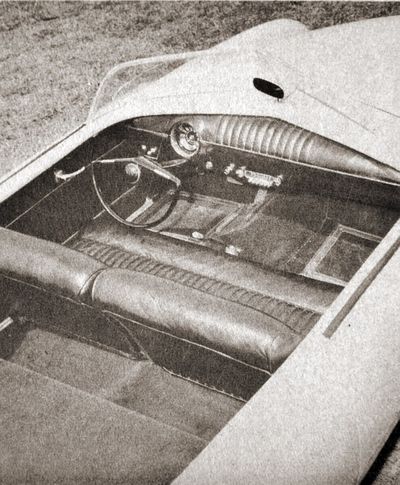 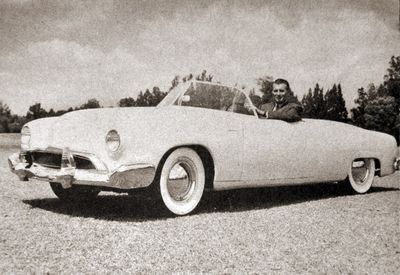 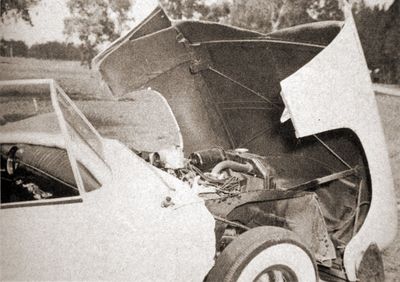 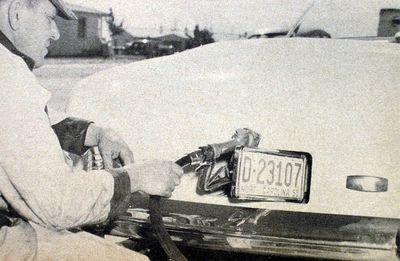 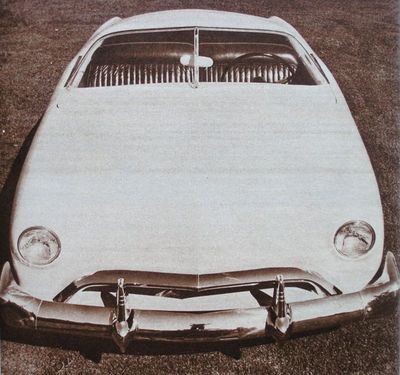 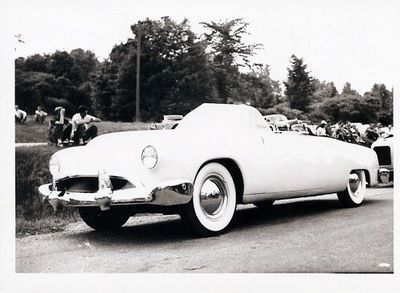 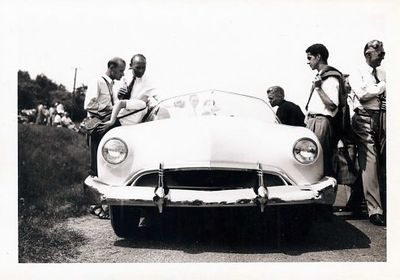 1950 Ford Convertible restyled by H. R. Jenks of Doray Inc. for C. C. Alexander of Miami, Florida. An outstanding example of the Floridian automotive embroidery was the customized Ford shown on the cover of Motorsport August 1951. The frame was lowered 2 inches, which together with the lowered body and belt lines gave the car a overall hight of 32 inches. The car was nosed, decked and shaved for handles. The side trims were removed as well. The front was reworked with another grille bar and bumper, the headlights were frenched. Curved Plexiglas were used as windshield, which was trimmed and framed with clear plastic. The hood and deck lid were molded-in, so were rest of the body seams. The fueltank filler pipe was removed and fit behind the removable license plate. The taillights were relocated and frenched to the body. The interior was reupholstered in black leather with a padded dash. The stock steering wheel was swapped in favor of an aircraft control wheel. The horn button was located on the floor and operated by the left toe. The body was painted in solid light grey. To get access to the Edelbrock-equipped 1950 Mercury engine, the rear hood latches were released and the hood tipped forward, making it into a flip front.[1]

Please get in touch with us at mail@kustomrama.com if you have additional information or photos to share about C. C. Alexander's 1950 Ford.