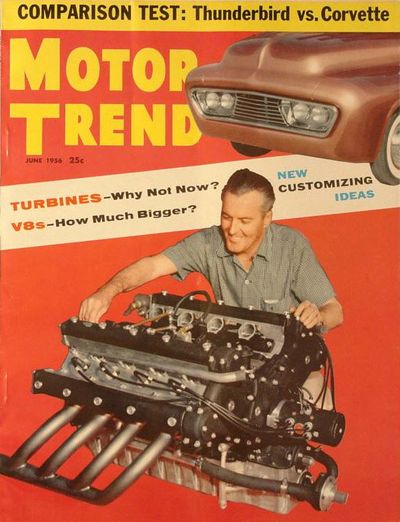 The Wild Kat as it appeared in 1956, without pinstriping around the scallops 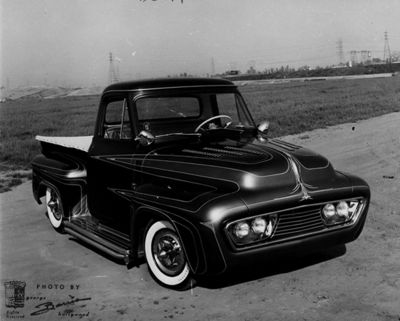 The Wild Kat after Dean Jeffries had applied pinstripes on the car. Photo from www.barriskustomcity.com 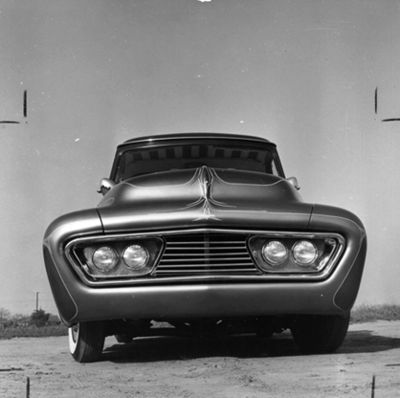 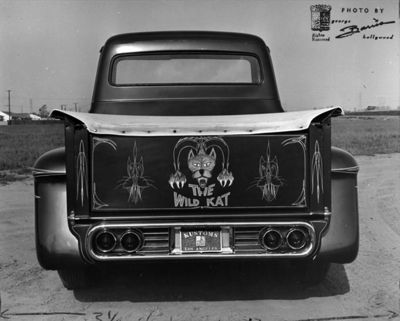 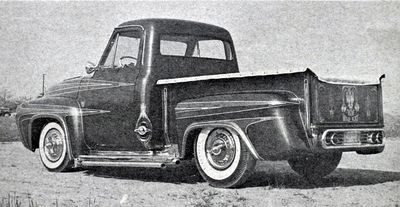 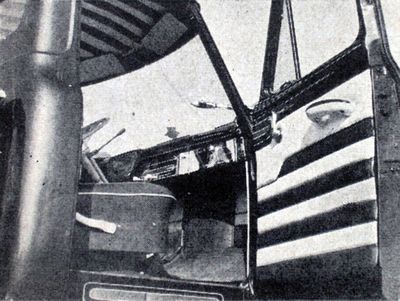 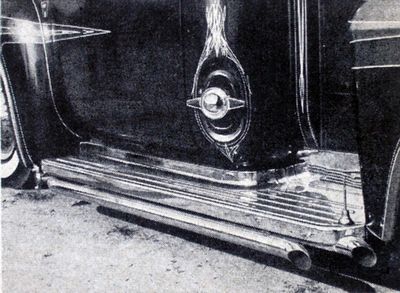 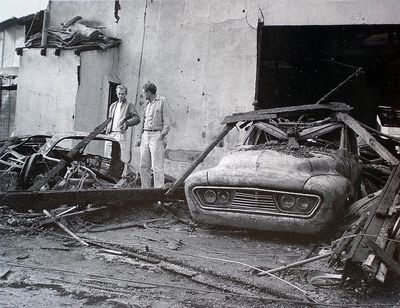 The Wild Kat after the Barris Kustoms shop fire in 1957

1954 Ford F-100 Pickup restyled by Barris Kustoms for Martin Srabian and Morris Srabian of Fresno, California[1]. The truck that is also known as the Wild Kat was thoroughly planned on paper before Sam and George Barris started to work on it. [2] Once completed, the Wild Kat was the first vehicle ever to feature quad headlight styling, beating Detroit by two years.[1]

Up front a the car received a new grille opening with seamless 3 inch hot-rolled tubing bent to a pattern for the body member that framed the grille. This was faired into the fenders and pan, after removing headlights and trimming everything to fit. The outside edges of the fenders were tucked in about 3 and 1/4 inches to achieve the V-shaped effect. A photo-electric eye that operated the sealed beams was placed behind the grille center. The headlights were set in perforated metal and framed. [2] The frames were made from grille parts of a 1957 Chevrolet pickup. Accessory type fog lights were used as quad headlights on the car. [3] Hood and doors were shaved of handles and ornaments and operated by hidden buttons. The gas filler hole at the corner of the cab was given a leather covering topped off with a gas cap made from a spinner and an accessory bullet. The running boards were chromed and fit with dual exhaust pipes and a header plug underneath them. The stock rear fenders were replaced by fenders from a 1956 GMC pickup. The hubcaps were from a Dodge, and fit with spinners made from hand-formed cones and teeth from a 1952 Ford truck grille.[4] A rear oval-shaped nerf bar was made from various sized tubing, strap and sheet metal. 1955 Cadillac Eldorado taillights were placed in the nerf bar. [5]

The interior was upholstered in red and white antique-grained Naugahyde. The car was painted in a gold-powdered pearlescent rust metallic lacquer with four-tone scallops.[2] Striping and a wild mural on the tailgate was done by Dean Jeffries.[5]

When the finished truck debuted in 1956, the brothers had put 1200 dollars into the truck.[2] When it was featured in Motor Trend June 1956 the truck was scalloped, but not yet pinstriped by Dean Jeffries. Andy Southard photographed the car at the 1956 Monterey Kar Kapades in March. The car was then pinstriped. Maybe Dean Jeffries pinstriped the car at the show? According to the Custom Cars of the 1950s Dean Jeffries pinstriped cars during the show.[4] Wether he did it or not, the photos used in Motor Trend June 1956 must have been taken before March 1956.

December 7, 1957 the Wild Kat was destroyed at the Barris Kustoms shop fire.[1]

Please get in touch with us at mail@kustomrama.com if you have additional information or photos to share about Wild Kat.