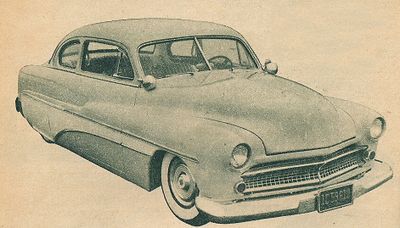 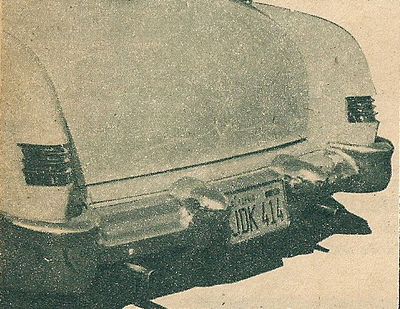 1951 Mercury owned by Wayne Badger. The door handles were removed and the car was operated by solenoids. The hood was nosed and peaked. The headlights were frenched and the grille shell was rounded. A 1955 Ford grille was inserted along with 1950 Chevrolet parking lights, the lences were made out of chrome mesh. The front bumper were simplified by removing the bumper guards. The deck lid was shaved and pin-striped. Cut-down 1954 Mercury taillights were fit in the rear quarter panels. The side trim was made by 1950 Ford and 1955 Buick components, seperating the two tone paint job of Beryl Green and off-white. Dual spotlights were added, giving the car a visual chop.[1]

Please get in touch with us at mail@kustomrama.com if you have additional information or photos to share about Wayne Badger's 1951 Mercury.