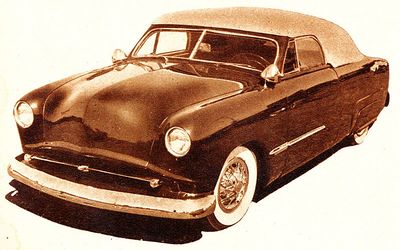 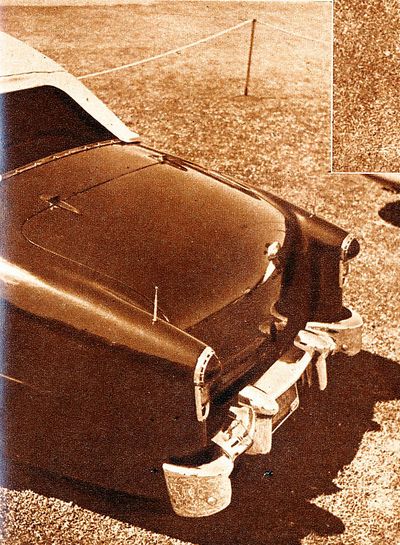 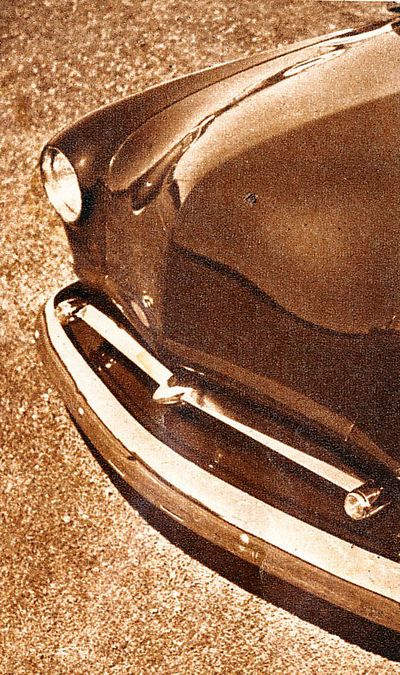 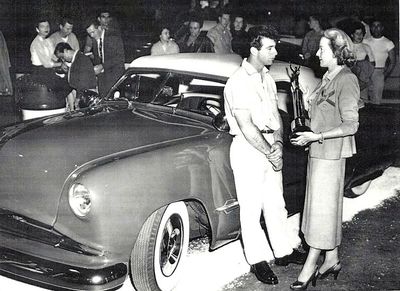 As it appeared at the 1954 Grand National Roadster Show[1] 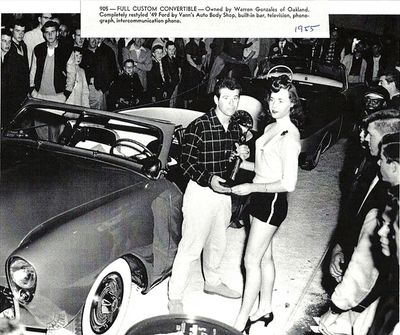 At the 1955 Grand National Roadster Show 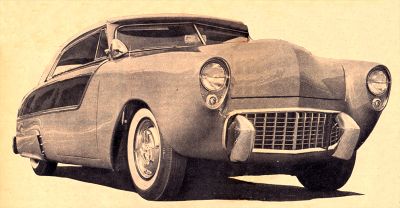 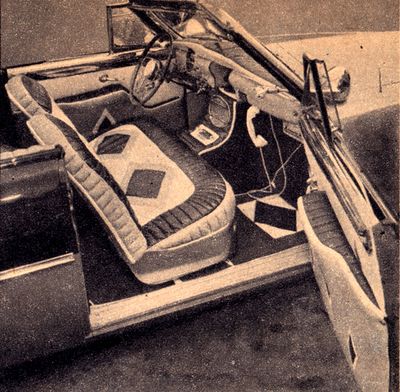 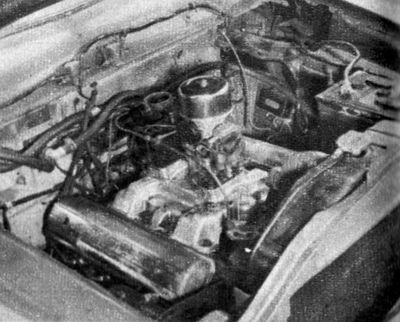 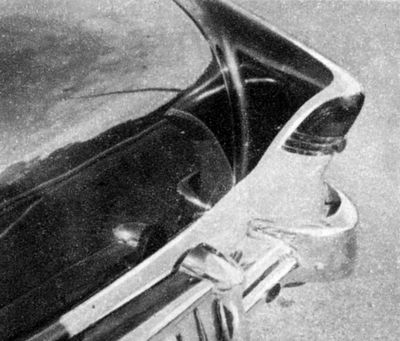 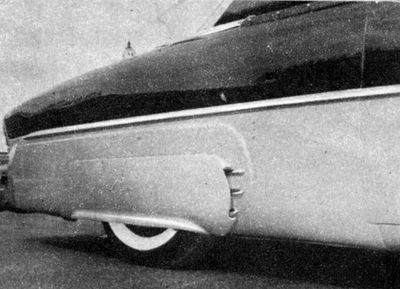 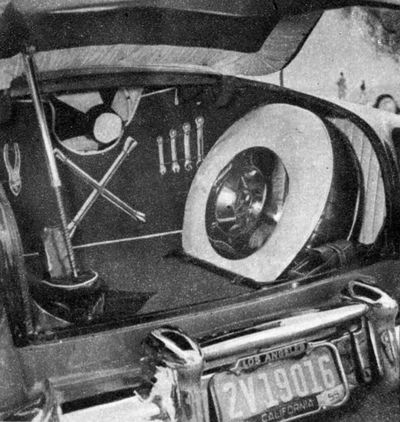 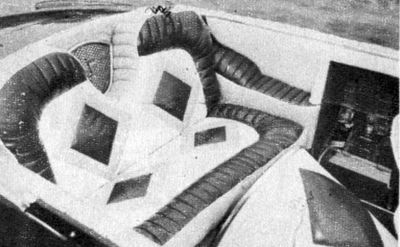 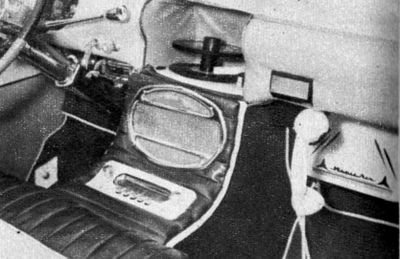 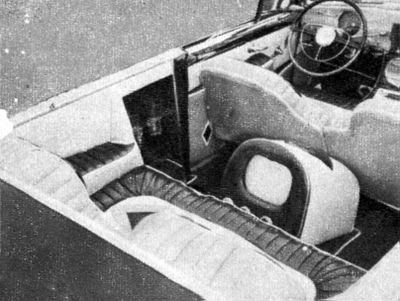 1950 Ford Convertible restyled by Gordon Vann's Body Shop in Berkeley, California for Warren Gonzales of Oakland, California. Warren's uppermost desire was to someday own and drive an automotive innovation. He got hold of the Convertible in late 1950. According to Rod & Custom January 1954, it was a 1949 Ford, but all the other magazines write it was a 1950 Ford. Around 1952 he had Gordon Vann's Body Shop to restyle it. The car was nosed, decked and shaved for door handles. Actually, the deck lid was operated by a remote control. The headlights were frenched, and the stock grille was entirely removed, and a section was welded to the lower edge of the hood, reducing the height of the grille opening. A flare was made on the lower bottom of the hood, continuing onto the fenders to give the front a wider appearance. A floating grille built by Henry J components were installed in the grille cavity. The chrome side strips were shortened in order to increase the length of the car in appearance. The top was chopped 3 1/2 inches and a custom over-hanging top designed and made by Hall Upholstery was installed. The top was covered in durable light green Naugahyde. The rear fenders were altered, by forming a contour line just above the rear wheel openings. The new line dropped downwards ahead of the wheel opening, and ran out at the rocker panels. The new contour duplicated the leading and top edges of the cut down Merc skirts, and prevented the car to look "slab-sided". A set of Oldsmobile 98 taillights were added to the body by welding the aft sections of the Olds fenders to the Ford panels. Dual antennas were installed above the taillights. Once the bodywork was done, it was painted maroon lacquer with a large amount of metallic.[2] When it appeared in the 1954 Oakland Roadster Show, it was fit with 1953 Cadillac sombreros.[3]

Later on the front end was reworked to fit a 1955 Chevrolet grille with two 1952 Kaiser rear bumper tips on each sides. A pair of 1952 Studebaker front fenders were crafted and molded-in to the body and fit with headlight rims from a 1954 Buick. All body seams were filled. Sections of 1951 Oldsmobile fenders were spliced to the rear of the Ford and fit with 1955 Lincoln taillights. The trimless trunk lid was operated by a hydraulic top lift unit. The rear bumper was replaced by a 1951 Mercury unit, the exhaust were routed through the bumper. Scooped fender skirts were designed and made out of sheet metal, they were flared and featured 1955 Cadillac trim teeth. A pair of 1955 Pontiac side trims were used to separate the Golden lime mist from the Ultra violet purple. The body was lowered six inches both fore and aft.[4]

The interior and trunk was upholstered by Hall Upholstery. The interior abounded in an intricate design of rolls and pleats. The rear seat was constructed in a semi-circle divided by a large Hi-Fi speaker. Refreshment bars were built into both rear quarter panels. The crash padded dash housed a 45 rpm record player and a telephone receiver that played back through the radio. Radio and accessory speakers were contained in a special compartment built over the deep drive shaft. The carpets were dark green with white trim. A television set subsidized on the floor beneath the front seat, the tv cabinet was pleated as well. Warren had the Wright Brothers of Oakland to installed a warmed over 1953 Cadillac engine. Warren invested $ 9000 into the build.[4]

In 1955, Warren's Ford was shown at the National Roadster Show.

Please get in touch with us at mail@kustomrama.com if you have additional information or photos to share about Warren Gonzales' 1950 Ford.