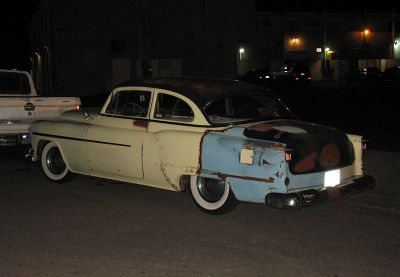 The Oldsmobile as it sat in 2006 before Tobias shipped it to Sweden. Photo by Tobias Andersson. 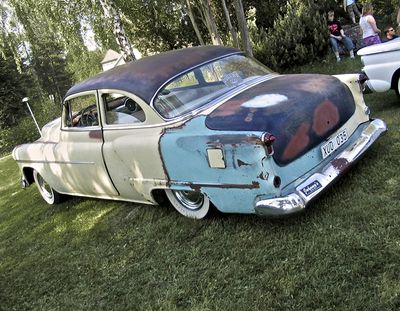 The newly imported Olds at the 2006 Jokers Car Show. Photo by Sondre Kvipt. 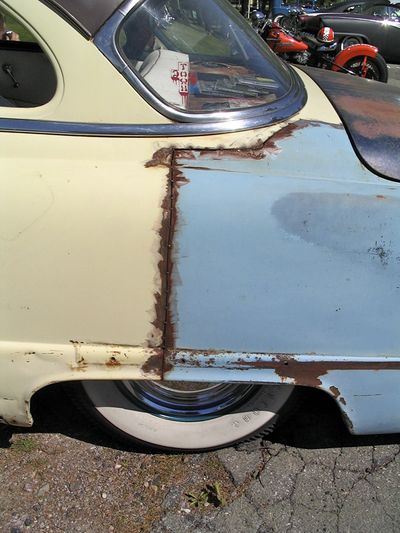 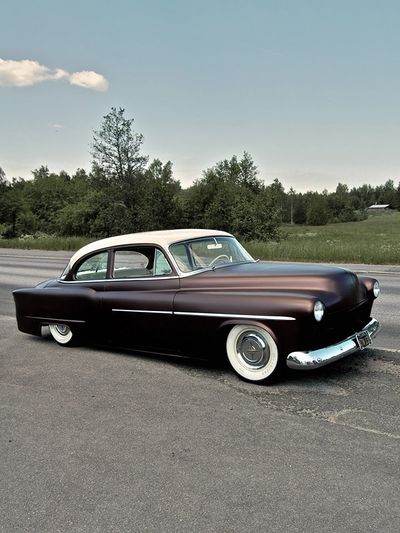 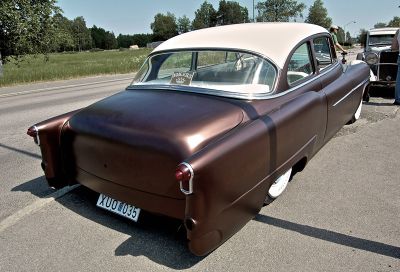 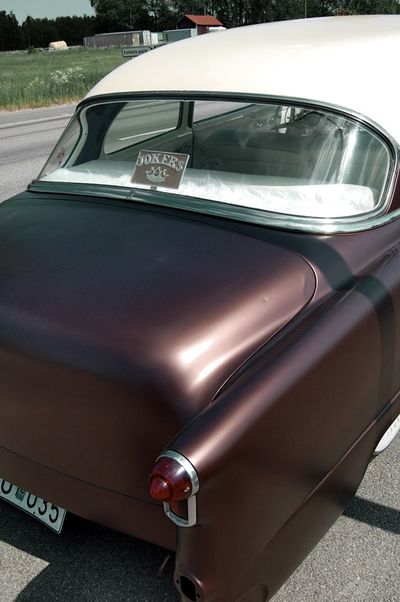 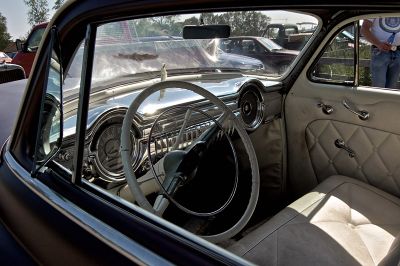 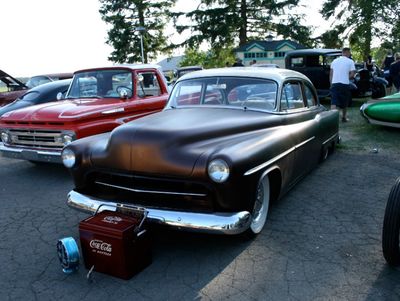 The Olds at the 2008 Jokers Car Show. New for the year is the homemade single floating grille bar. Photo by Sondre Kvipt. 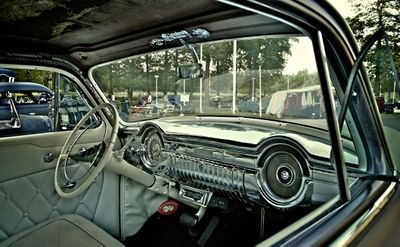 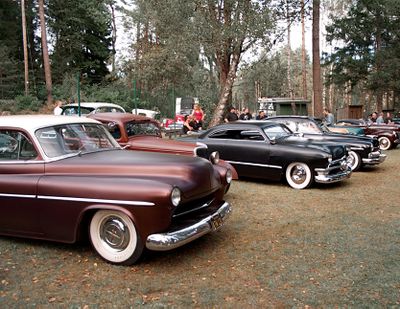 The Olds at the 2008 Hammers Timewarp. Photo by Sondre Kvipt. 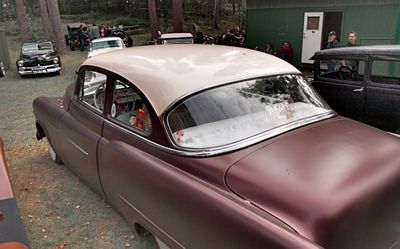 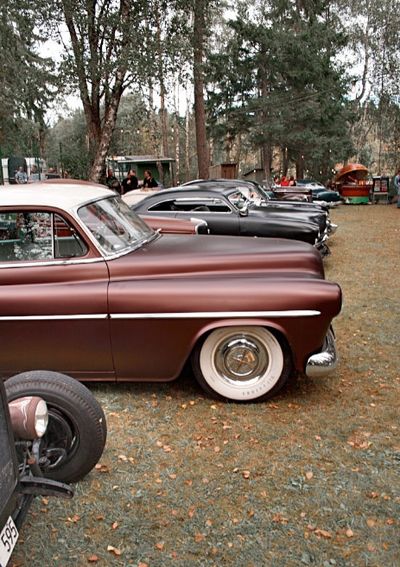 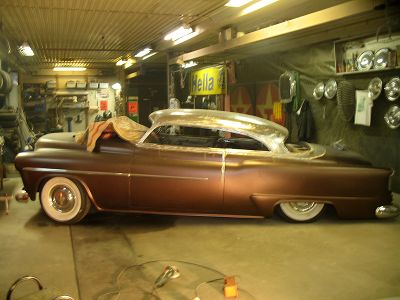 The Oldsmobile during the chop. Photo by Tobias Andersson. 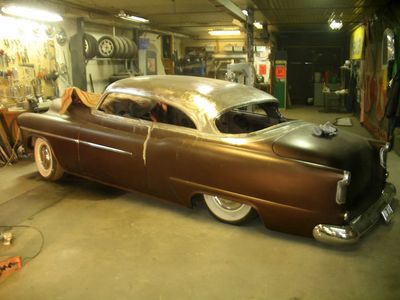 The top was chopped 4" inches and shortened 2 1/2". Photo by Tobias Andersson. 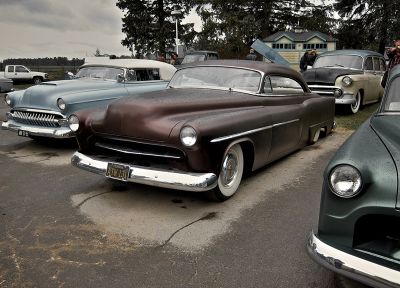 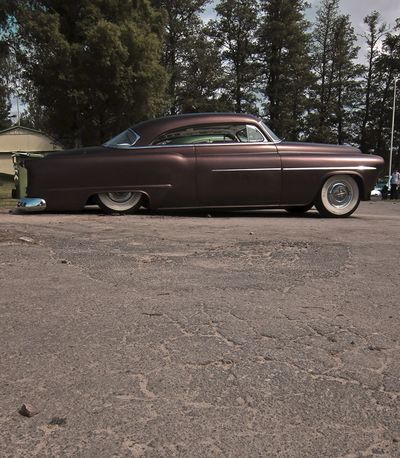 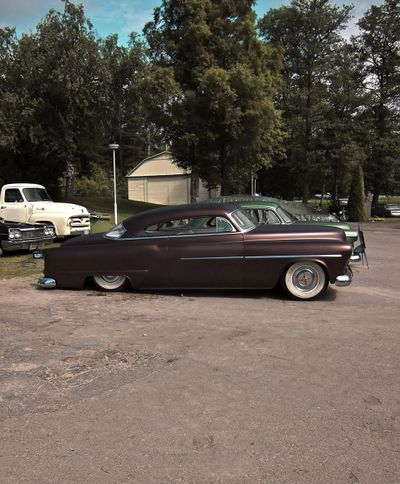 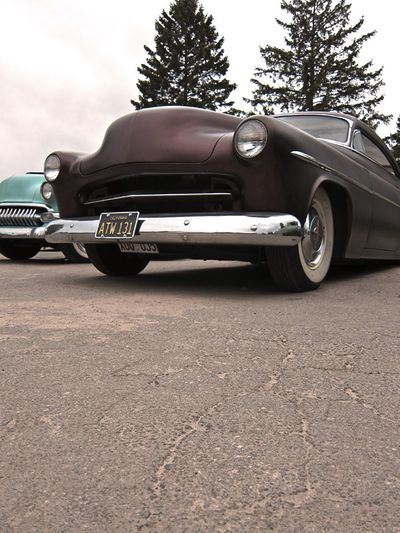 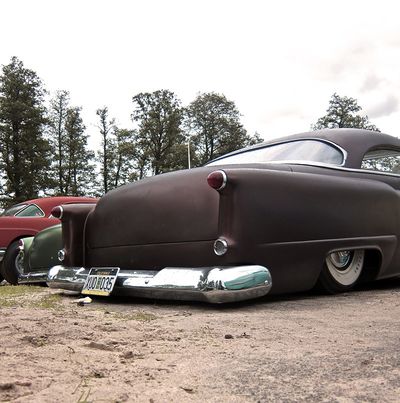 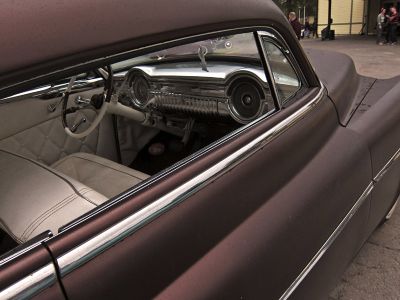 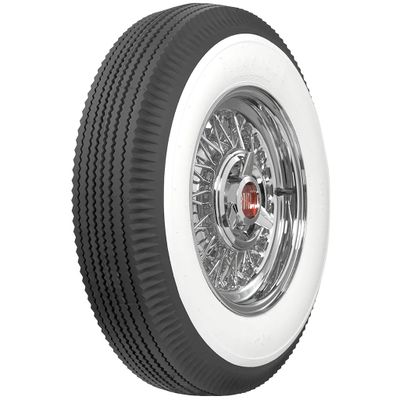 Tobias is running Firestone 3 1/4 Inch Whitewall 710-15 Firestone Tires on his Olds, a very popular tire for 1930s - 1950s styled customs. This, and other Firestone bias ply whitewall tires can easily be ordered from Amazon.com - Click here to check availability.

1953 Oldsmobile Rocket 88 owned and restyled by Jokers member Tobias Andersson of Sweden. Tobias bought the Oldsmobile in California in 2006. He was living in California at the time, and used the Olds as his daily driver. The car was a regular on Beach Boulevard and Tobias named it "The Beach Blvd Bomber". By then Tobias had lowered the car, installed Firestone 3 1/4 Inch Whitewall 710-15 Firestone Tires, and shaved away the door handles and deck lid ornamentation. J:s Interiors in Stanton, California made a new interior for the car. The cops pulled Tobias over all the time because they thought he was running a piece of trash. Later in 2006 Tobias moved back to Sweden, and he brought the Olds with him. After the 2006 season Tobias continued to restyle the Oldsmobile. Up front the car was fit with a 1949 Mercury grille shell and a 1957 Chevrolet Pick Up front bumper. The headlights were frenched and the hood was shaved and peaked. Tobias also rounded the hood corners. Having an eye for details,the front wheel openings were moved 0.79 inches backwards in order to align the front wheels dead center in the wheel openings. In the rear, Tobias extended the quarter panels 4 inches. In June 2007 the Olds was back at the Jokers Car Show. By then Tobias had finished up the bodywork and painted the car in a brown metallic base. He had also installed drop spindles up front and air bags in the rear. The stock hubcaps had been replaced by hubcaps from a 1954 Chrysler New Yorker and the dashboard had been chrome plated. At the show, Tobias drove the Oldsmobile without the rear bumper. The next winter, Tobias molded the rear splash pan to the body; he shaved the stock rear bumper and fit the Olds with a homemade single floating grille bar. After the 2008 season Tobias chopped and hardtopped the roof. The top was chopped 4", and shortened 2 1/2". While he was at it, Tobias also replaced the stock taillights with taillights from a 1954 Buick. The Olds is powered by an Oldsmobile 303 Rocket engine that is hooked to a TH700R4 transmission.[1]

Please get in touch with us at mail@kustomrama.com if you have additional information or photos to share about Tobias Andersson's 1953 Oldsmobile.