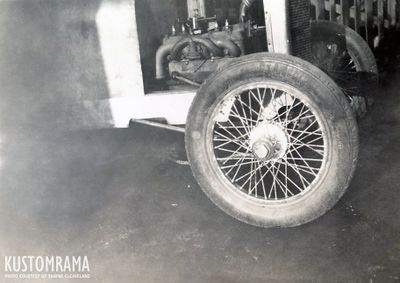 A construction photo of the car, showing the Model A engine. Photo courtesy of Shayne Cleaveland. 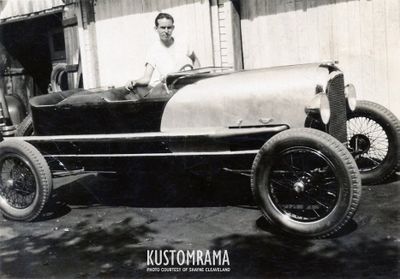 A photo of Glen with his Duesenberg-inspired race car. Photo courtesy of Shayne Cleaveland. 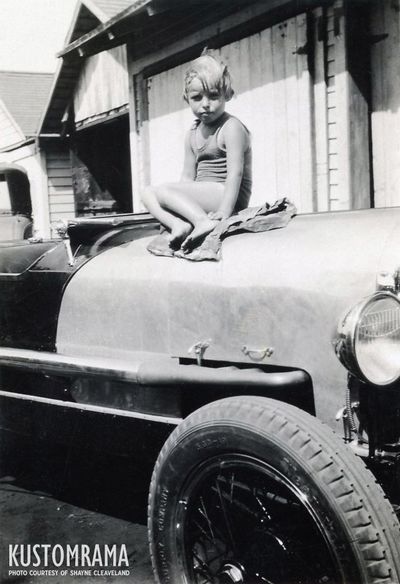 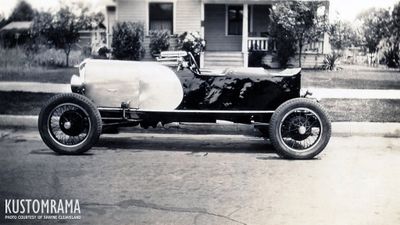 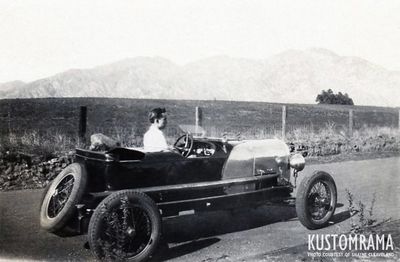 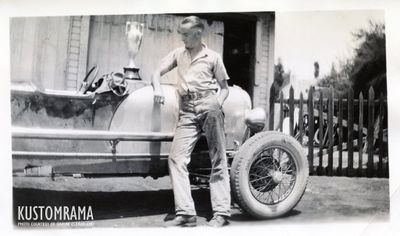 Another photo of Glen with the car. This photo was taken after he won the Main Event at the Muroc Roadster Races June 14, 1931, and the Gilmore Oil Company Trophy can be seen on the cowl of the car. Photo courtesy of Shayne Cleaveland. 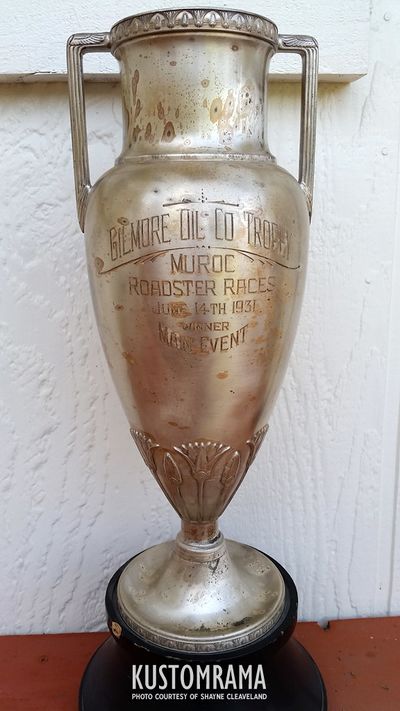 Built during the Great Depression, Glen's race car was constructed using various Ford-components. It ran a Model T chassis, and Model T front and rear axles with hairpin split front radius rods. Power came from a Ford Model A engine. The design of the car was heavily inspired by the exclusive Model J Duesenberg's, and it featured a custom made aluminum phaeton body. Just like the LeBaron bodied Duesenberg's, Glen's Special featured dual-cowls and sweep panel design. A V'ed grille, similar to the Duesenberg was installed on the car as well. It was further dressed up with chromed Model A headlamps and a windshield with wind-wings mounted on a rise. It ran 19 inch rims.

March 25, 1931, one of the first known organized amateur speed trials was held at Muroc Dry Lake. It was sponsored by Gilmore Oil Company, and George Wright, the owner of Bell Auto Parts, was one of the driving forces behind the event. June 14, 1931, at the age of 20, Glen attended the race with his Special. Classes had been established according to engine type, and the speed trials were open to all cars within the designated class. A pace car would start up a dozen racers at a time. At around 50 mph the pace car would drop back and the racers would continue to accelerate to the finish line. No "wildcat warmups" were allowed, and any car that jumped the start would be given a penalty of a hundred foot handicap when the race was restarted. The cars ran as a group, and the two fastest cars from each class were eligible to run in the open competition from which a single winner would emerge.[2] Glen won the Main Event in June with his homemade special. A great achievement for the young racer.[1]

In June of 2017, Shayne Cleaveland told Kustomrama that his great uncle Glen worked as an engineer at Lockheed Aircraft Company in Burbank, California for most of his life. The car disappeared in the 1940s.[1]

Please get in touch with us at mail@kustomrama.com if you have additional information or photos to share about The Glen Smith Special.