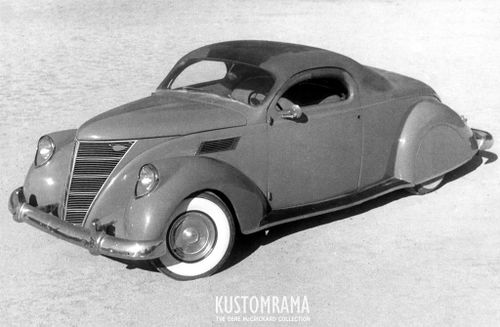 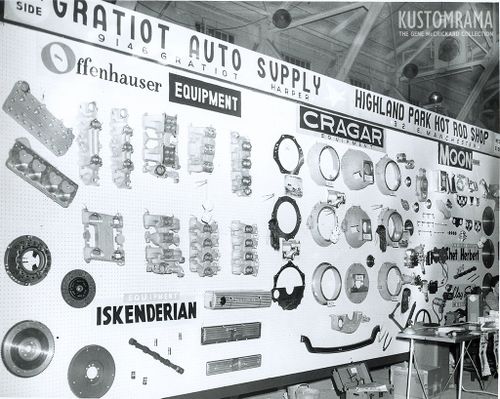 Gene McCrickard of Detroit, Michigan. Gene's first car was a Crosley Station Wagon. After that followed a 1931 Ford Model A Four Door, a 1935 Ford Two Door, a 1940 Ford Coupe with a 3/8X3/8 Flathead, and a 1948 Mercury Convertible. "My dad was a car guy and mechanic! He always made sure his kid had a car. But when I wanted the Zephyr, I had to give him the Mercury. Of course, I drove the Merc. every time I had the Zephyr apart. Which was a lot."

When Gene was in high school, he worked on the counter of Highland Park Hot Rod Shop after school. "My wife’s parents bought the shop in 1954 and kept me on to work. The father died and the wife closed the shop about 1960-1961 and I was forced to move on. That’s when a friend and I bought Gratiot Auto Supply on Grand River that had belonged to Bill Toia." Gene and his buddy named their shop The Hot Rod Shop.

Please get in touch with us at mail@kustomrama.com if you have additional information or photos to share about The Gene McCrickard Photo Collection.