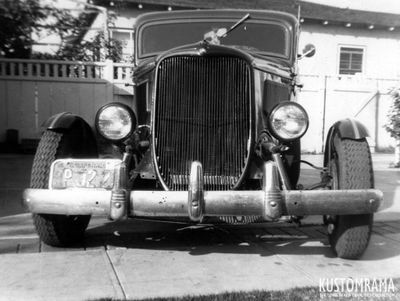 An early photo of Monte's coupe, running the original grill, a front bumper and fenders. Photo from the Long Beach Cavaliers Photo Collection. 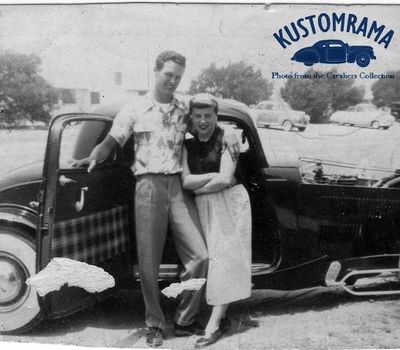 A photo of Monte with his coupe. This seems to be an early version running Ford hubcaps. Photo from The Long Beach Cavaliers Photo Collection. 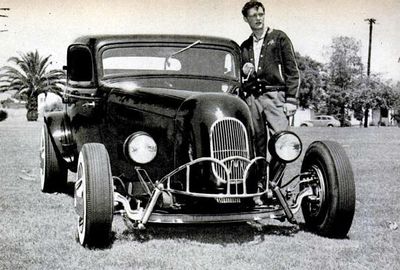 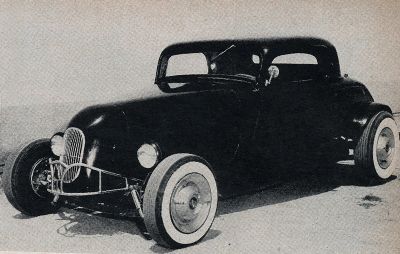 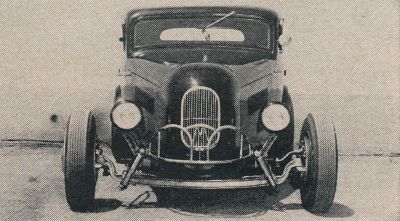 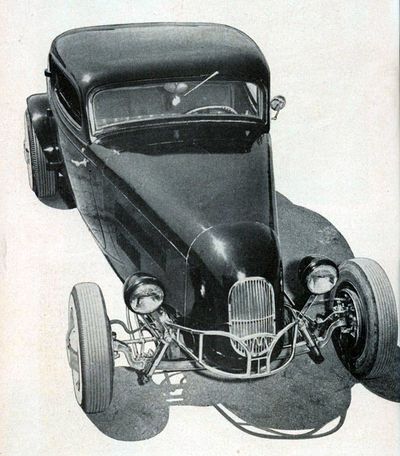 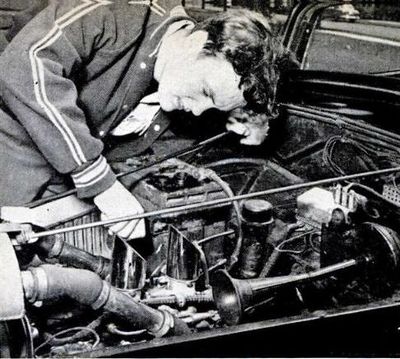 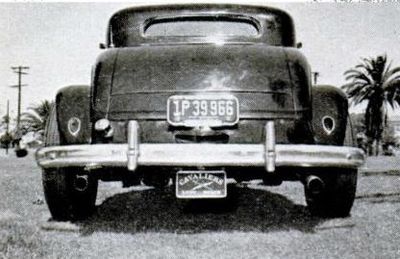 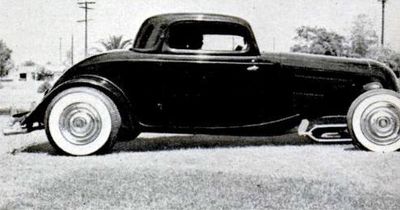 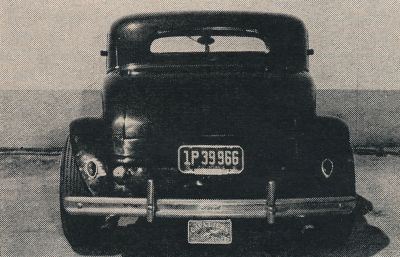 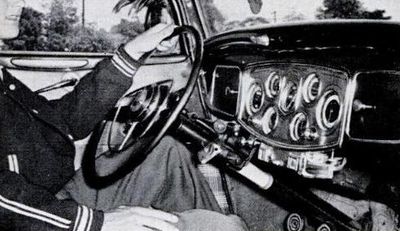 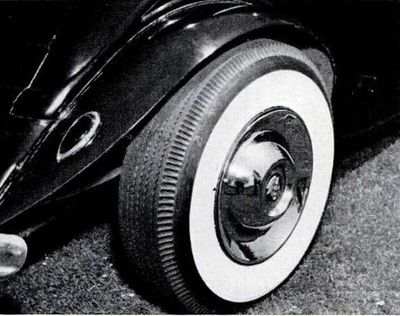 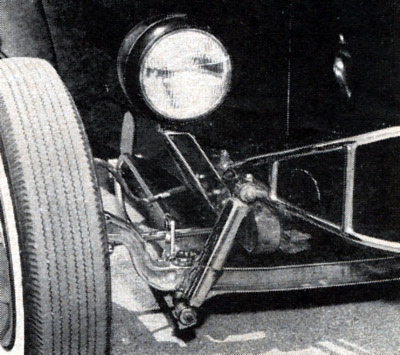 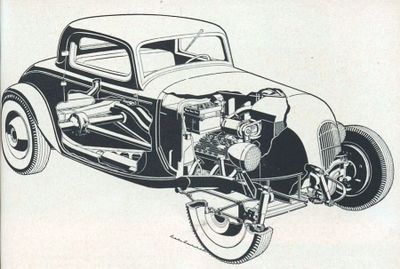 A cutaway drawing by Rex Burnett for Hot Rod Magazine. 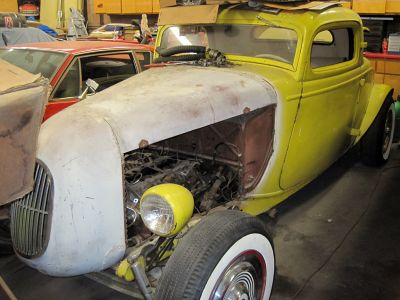 The coupe as it sat in January 2011. Photo by Tim Musico.

1933 Ford 3-Window Coupe owned and built by Long Beach Cavaliers member Monte Trone of Long Beach, California. Monte's dad, Ike Trone helped build the coupe. While Ike did all the body work, Monte built the engine. The chassis and suspension was a collaboration between father and son. Virgil Smith, also a Long Beach resident, built the unique track-nose. The cowl contour had to be reworked in order to conform the new shape of the hood panels. The stock body molding stripe was tapered into the lower cowl. The rear fenders were hand formed into new contours and a bead of 1/4 inch diameter welding rod was rolled under the edges for added strength. The rear wheels were made from Ford center sections attached to Buick outer rims in order to minimize side roll tendencies. Up front, the frame horns were rounded and a chromed 3 inch dropped axle was installed. Special headlight and shock mounts were handmade along with a custom steering arm made from 5/16 steel. A custom fabricated monogrammed nerf bar was installed along with headlights that were above legal minimum height. The grille bars were made from ice box racks. The entire car was built to conform to State Vehicle Code.[1]

Monte's coupe was powered by a 59A Mercury block that had been bored .060 over, stroked 1/4 inch, ported, relieved and balanced using an electronic method. Winfield heads, a Winfield cam, and a Burns manifold were installed. Headers and battery box were handmade.[1] Inside, a dash panel and instruments from a 1932 Packard were installed. Monte and Ike built the coupe after school hours, and according Popular Science October 1951 the build took three years to complete. According to the same story the car was clocked at 123 mph at the dry lakes.[2]

The first version of the car was painted jet black. It was later repainted yellow for an appearance on the Dragnet TV-show. In 1953 it was sold to Cliff Martin. In 2003 the coupe was owned by Bill Carey.

Please get in touch with us at mail@kustomrama.com if you have additional information or photos to share about Monte Trone's 1933 Ford.