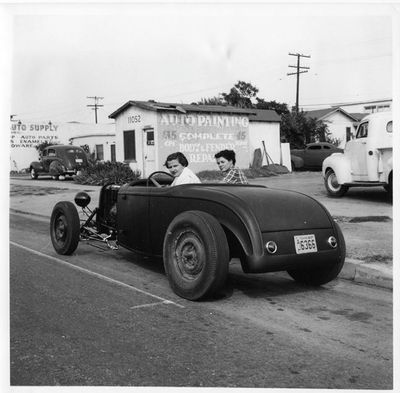 Marcia behind the wheel of a roadster 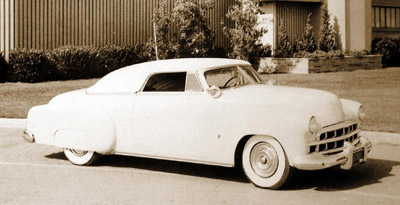 Marcia Campbell's 1949 Chevrolet Convertible was restyled by Barris Kustoms in 1949.

Marcia Campbell was born March 15, 1932 in Huntington Park, California. She was an only child, raised alone by her mother, after her father passed away when she was four. Marcia would later grow an interest for photography. Being self taught, she started out taking mostly photos of her biggest passion, custom cars. She was a frequent visitor at Barris Kustoms in the late 1940s and in the 1950s and took countless photos around the shop. Dan Post, who started publishing custom books in 1944 discovered Marcias talent, and ran several of her photos in the last two editions of his most known book, The Blue Book of Custom Restyling. Armored with a twin-lens Rolliflex and Speed Graphic cameras, Marcia processed the films and prints in her own darkroom.[1]

At age 15, Marcia bought her first car, a brand new 1947 Buick Sedanette. Her second car, a powder blue and white 1949 Chevrolet Convertible, was taken straight to Barris Kustoms for a full custom treatment.

Please get in touch with us at mail@kustomrama.com if you have additional information or photos to share about Marcia Campbell.