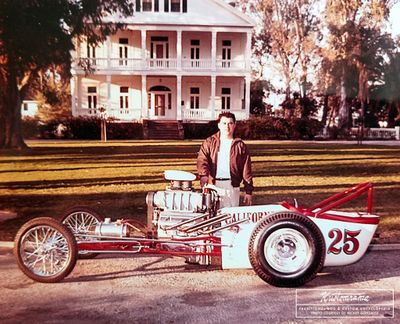 A photo of Manuel with the Californian. The large building is the Banning Mansion in Wilmington, a monument in Los Angeles. The house was owned by Phineas Banning, the founder of the Port of Los Angeles. Photo courtesy of Mickey Gonzalez. 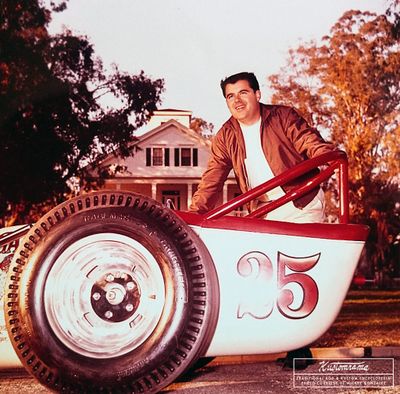 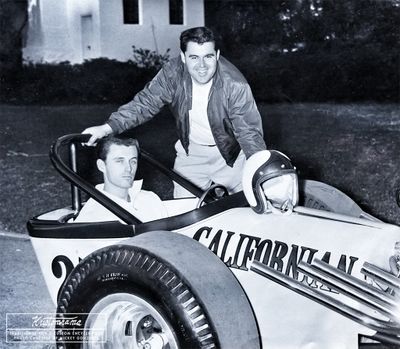 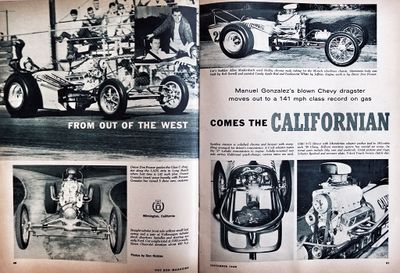 The Californian was featured in Hot Rod Magazine September 1960. The story featured photos by Don Nickles. 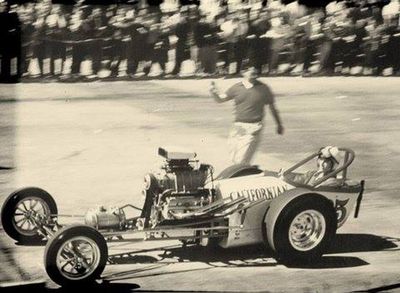 A photo of the Californian. The man standing next to it is Manuel. 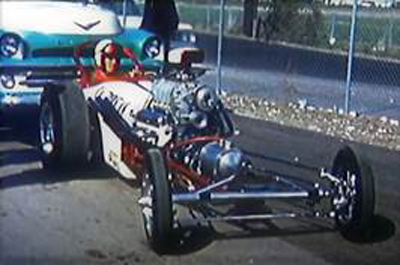 A snapshot of the Californian in the staging line at Lions Dragstrip. Junji Nakamura filmed the short movie where the snapshot comes from in 1960. Click here to check it out. 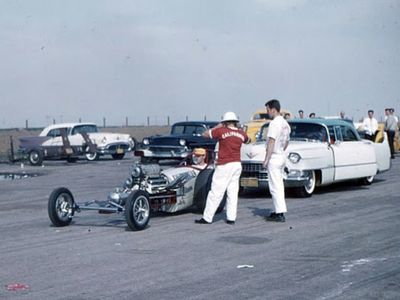 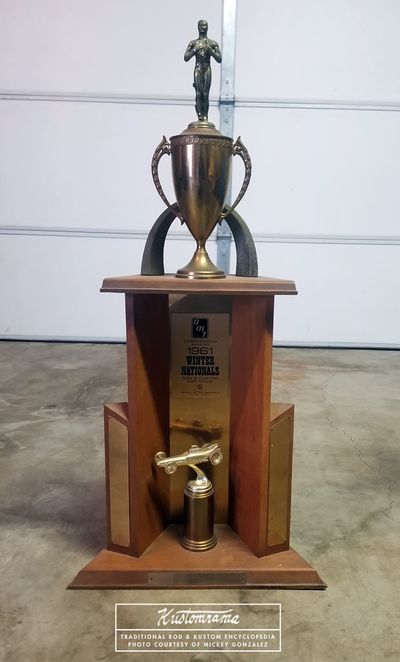 Manuel's son Mickey still has the award that his dad won at the 1961 Winternationals Custom Auto Fair, where the Californian placed first in its place. Photo courtesy of Mickey Gonzalez. 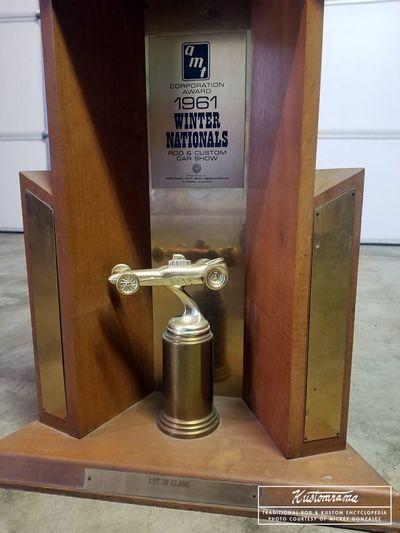 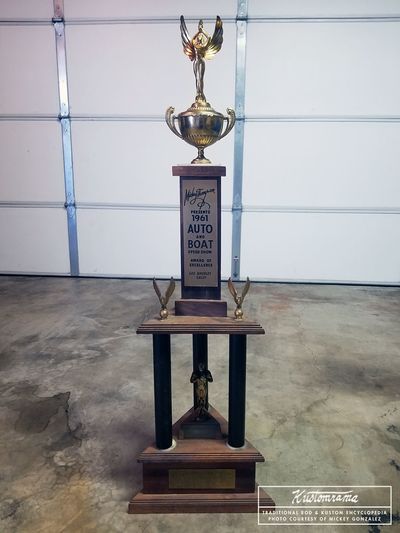 The Californian also won an "Award of Excellence" at the 1961 Mickey Thompson Auto and Boat Speed Show. Photo courtesy of Mickey Gonzalez. 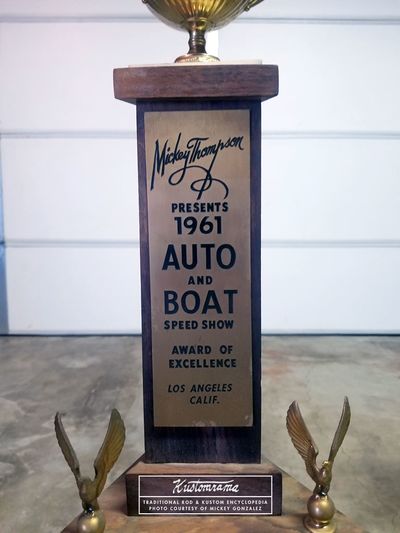 The Californian is a blown Chevrolet dragster owned by Manuel Gonzalez of Wilmington, California.

Don Prosser performed the engine work, and the dragster ran a 283-cubic inch engine from a 1958 Chevrolet. Prosser installed a GMC 6-71 blower using an Iskenderian adaptor and a Hilborn injection system. The injection system ran a special air scoop. When the dragster was featured in Hot Rod September 1960, it ran an Isky cam and pushrods, Grant pistons and rings, a Schiefer flywheel and pressure plate, and a Velvet Touch bronze clutch disc. A Cook adaptor mated a 1937 LaSalle transmission to the engine. A solidly-mounted rear axle carried a Halibrand quick-change. Various ratios were used.[1]

A straight tubular front axle utilized a small leaf spring and a pair of Volkswagen tubular shock absorbers. Spindles and steering were early Ford. The car weighed a total of 1350 pounds, and the blown Chevrolet developed about 400 horsepower.[1]

Don Nickles shot the beautiful dragster, and it was featured in Hot Rod September 1960. Back then, the driver Don Prosser had set a 141 mph class record on gas with the Californian. According to the story, Gonzalez had owned 5 show cars and customs.[1]

First in class at the Winternationals

In 1961 the Californian received first place in its class at the first annual Winternationals Custom Auto Fair.[1]

In 2020 Mickey Gonzalez told Sondre Kvipt of Kustomrama that his dad sold the Californian in the late 1960s. "He used to say that racing became too expensive so he moved on." According to Mickey, he always felt proud of his accomplishments, of his trophies, magazine appearances, and his speed records. " Apparently, the 180 mph club was an exclusive club at Lions Drag Strip back in the early 1960s. Till his death, he never stopped being a NHRA fan." The whereabouts of the old dragster were unknown in 2020.[2]

Mickey still have some parts that his dad held onto. "He always wanted to build his 23 T Bucket "Californian 3" with parts acquired from Mickey Thompson. That's a project I hope to finish one day," Mickey adds, continuing, "Californian 3, 50 years later!"[2]

Please get in touch with us at mail@kustomrama.com if you have additional information or photos to share about Manuel Gonzalez's Californian.