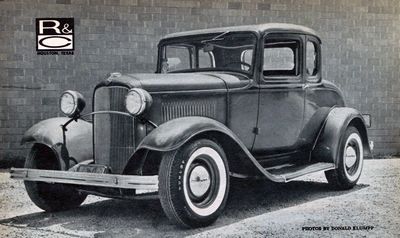 An early iteration of the "Wild Duce" as it appeared when it was featured in Rod & Custom December 1963. Photo by Donald Klumpp, courtesy of Rod & Custom Magazine. 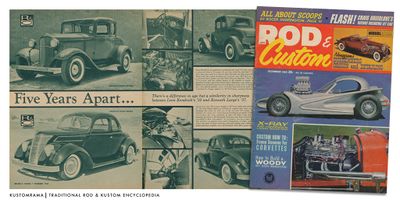 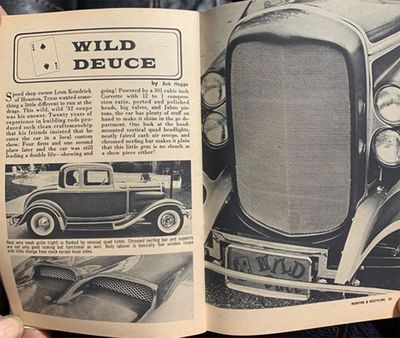 A second, wilder iteration of the coupe was featured in Rodding & Re-styling April 1963. The story featured photos by Bob Hegge. 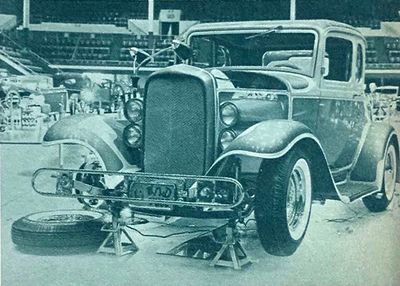 A photo of the coupe that Bob Hegge snapped at an indoor car show. The photo appeared in print in Car Craft July 1963, and according to the caption, the car won the coveted Most Popular Car award and first in Street Coupe class at the show. Photo by Bob Hegge, courtesy of Car Craft Magazine. 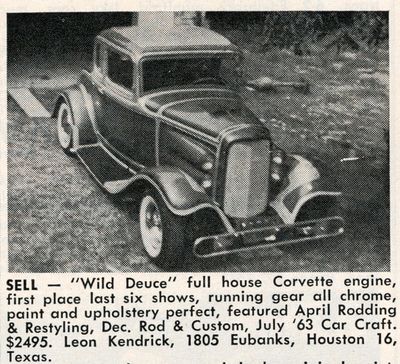 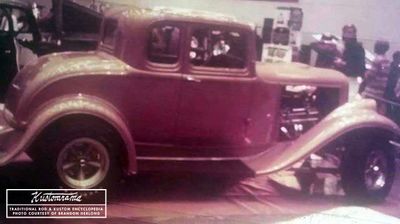 Leon's old coupe as it appeared after Mogie had removed the hood sides with stacked quad headlights and added molded in and sunken headlights to the fenders. This iteration had also been repainted orange. Photo courtesy of Brandon Herlong. 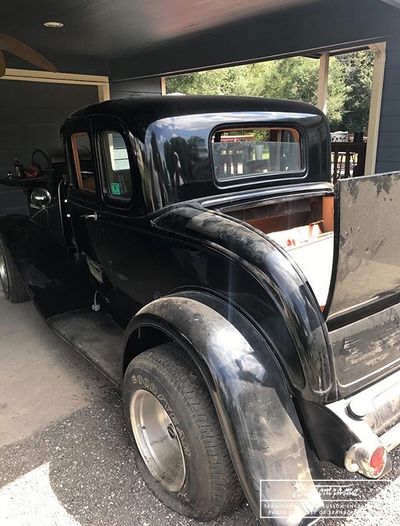 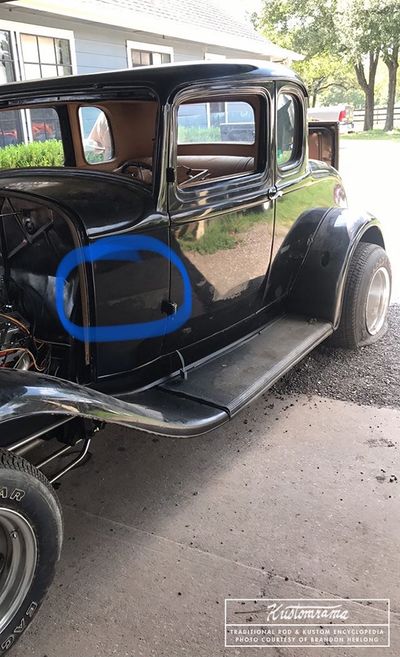 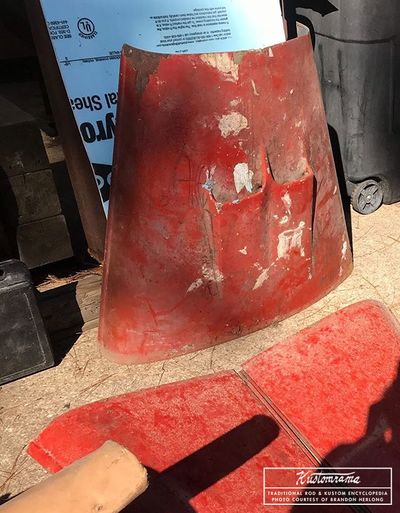 "My pops is an old hot rodder," Brandon told Sondre Kvipt of Kustomrama in 2020, "and he remembered the car as it was in the sale ads and magazines." Brandon and his dad put two and two together. When the widow told them she had a 1932 Ford Victoria for sale as well. They went to see it and found the Mogie personal plate and the orange hood that it ran in 1964. It also came with the front bumper from 1964 and the chromed dash and window sticks in it. Brandon's dad remembers the coupe first being red. Then it was painted baby blue and silver. Photo courtesy of Brandon Herlong. 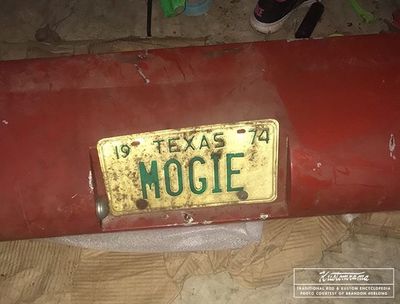 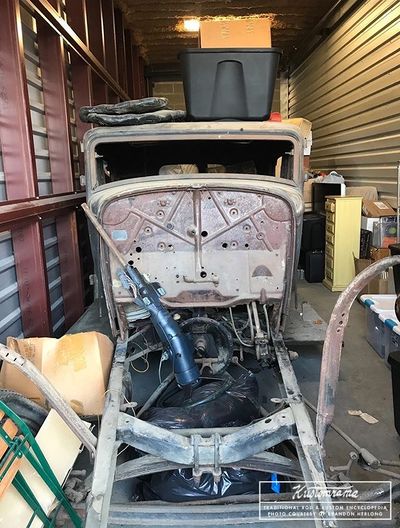 Brandon was also able to buy the 1932 Ford Victoria from Mogie's widow. It was supposedly chopped in the late 1950s or the early 1960s, and it had been in dry storage since 1968. "It was an absolute score to be able to buy both cars from her," according to Brandon. Photo courtesy of Brandon Herlong. 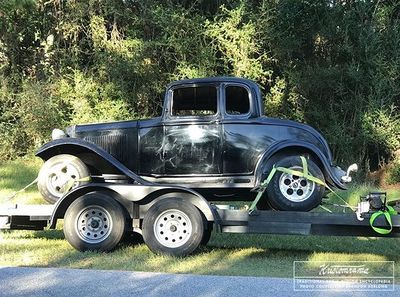 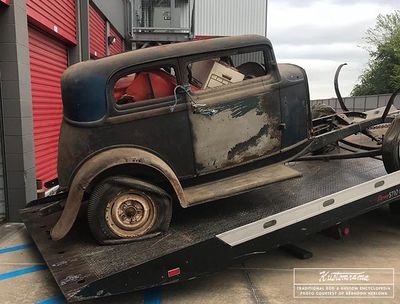 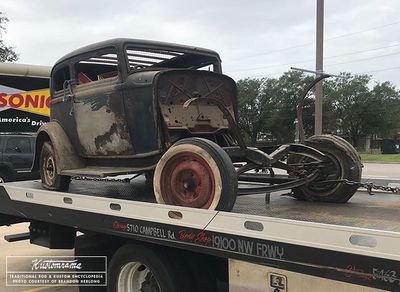 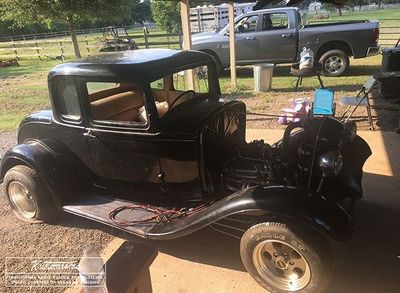 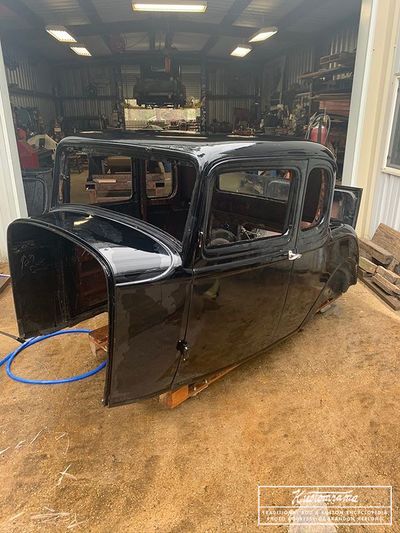 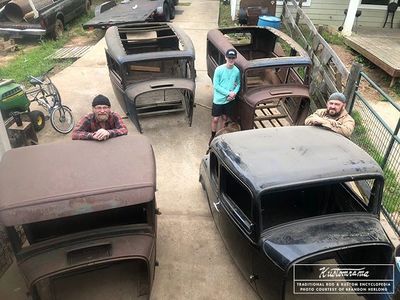 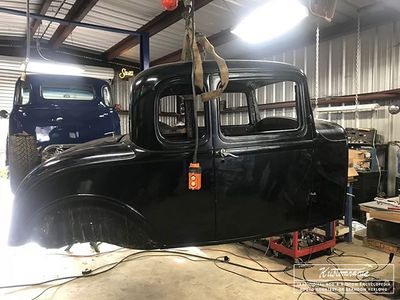 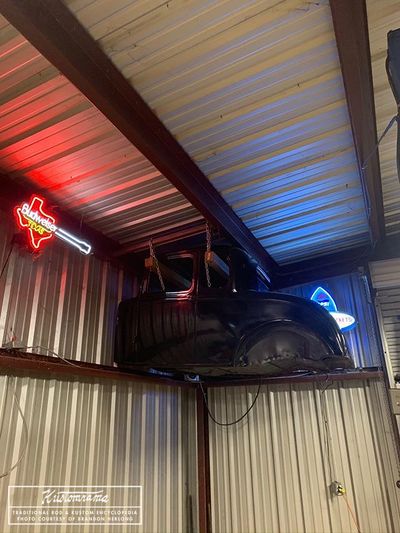 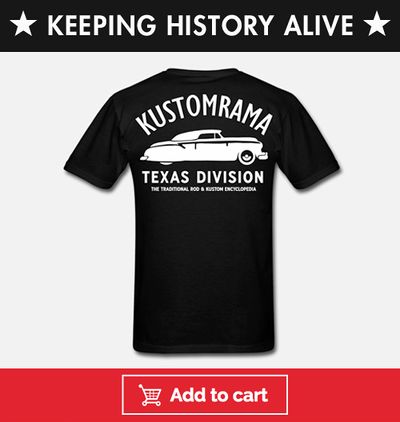 1932 Ford 5-Window Coupe owned by Leon Kendrick of Houston, Texas. Kendrick ran a speed shop in Houston, and the coupe was built for both show and go. A mild iteration of Kendrick's coupe was featured in Rod & Custom December 1963. According to that story, Leon had been an automotive enthusiast for some 19 years, and he had always wanted to build a street rod from a '32 coupe.[1]

When Kendrick finally got himself a 1932 Ford Coupe, he only had 21 days to build it in order to make it in time for the Houston Rod & Custom Show. Kendrick installed a 3-inch dropped axle and a 1940 Ford rear end. 1940 Ford brakes were installed along with a 1955 Ford truck steering gear. It ran 7.50-14 Dunlop whitewall tires up front and 8.50-14 tires in the rear. Power came from a 1957 Chevrolet Corvette engine that had been bored to 4 inches. It was hopped up with a Clay Smith Super Matchless cam, Jahns pistons, Grant rings, an Edelbrock manifold with three Rochester carbs, a Mallory distributor with an advance curve, and a Schiefer flywheel and clutch. A Cragar adaptor hooked the engine to a 1939 Ford transmission with Lincoln gears. According to the Rod & Custom December 1963 story, the engine had pulled the car to 40 trophies at nearby drag strips. The car also took a first class at the Houston Rod & Custom Show.[1]

Known as the "Wild Deuce," Kendrick's coupe ran a full house Corvette engine with an all chrome running gear and a rolled and pleated interior. The hood sides had been sculptured to house molded in and stacked quad headlights, and it had been dressed up with a panel paint job, chromed and reversed wheels, and a custom made front bumper.

Leon advertised the car for sale in the March 1964 issue of Hot Rod Magazine. Back then it had won first place in six shows, and Kendrick was asking $2495 for the car. Later on, the price was dropped to $2195. By then, Leon had won 9 firsts in "street class."

A fellow named Mogie bought the car from Leon. After buying it, Mogie removed the hood sides with stacked quad headlights, adding molded in and sunken headlights to the fenders. He also repainted the car orange. Later on, he gave it a black paint job. Mogie passed away in 1992, and the car sat untouched in a garage in Houston for 25 years.[2]

And then came Hurricane Harvey

In 2017 Hurricane Harvey flooded Mogie's widow's house. The coupe got deep into the water, so she finally decided that time had come to sell off the old hot rod. Brandon Herlong worked for the sheriff office in Houston at the time, and it was a good friend, that works with him, that told him about the car. "His sister is Mogie's widow," Brandon told Sondre Kvipt of Kustomrama in 2020. The friend spotted Brandon's hot rod related tattoos, and he asked him if he wanted to buy a 1932 Ford coupe. "Is it real?" Brandon replied. "He said he's had it since the late 1960s, I think it's real..." Brandon asked where it was at. The friend told him it was at his house. "He went and got it from his sister's house after the flood." It took Brandon 10 minutes to get from his house to the friend's house the first time he saw it. The widow told Brandon that she had a 1932 Ford Victoria for sale as well. They went to see it and found the Mogie personal plate and the orange hood that the coupe ran in 1964. It also came with the front bumper from 1964 and the chromed dash and window sticks in it. After seeing these parts, Brandon and his dad put two and two together. "My pops is an old hot rodder, and he remembered the car as it was in the sale ads and magazines." Brandon was at the right place at the right time, but it took him two months of negotiations to buy the coupe and the victoria. The body was completely rust free when Brandon bought it, and it came with lots of brand new extra parts. He has put the coupe in storage while he decides what to do with it. "I wish I could get into the lights and hood and I would build it back to how Leon had it. I'm just a traditional Henry lights, bumpers, and hood kinda guy...but I don't know," he adds, "we'll see." Since 2017 he has sold the Victoria and the engine that came with the coupe. He sold the engine to a buddy, and if it turns out to be Leon's Vette engine, he's going to buy it back.[2]

Please get in touch with us at mail@kustomrama.com if you have additional information or photos to share about Leon Kendrick's 1932 Ford.