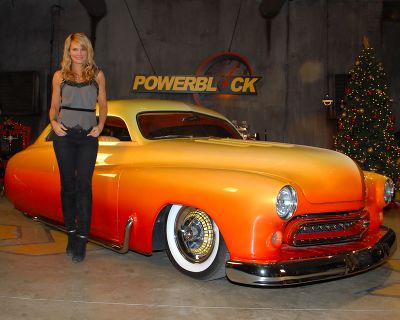 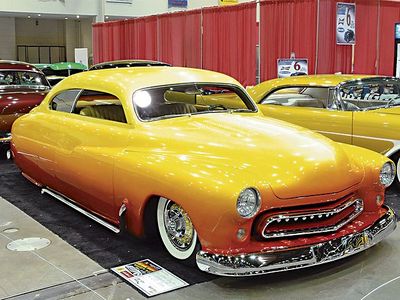 Larry's Merc at the 2006 Detroit Autorama 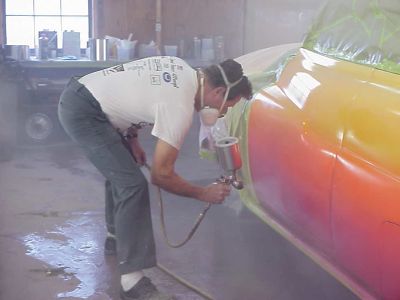 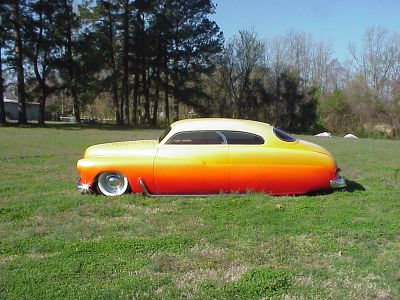 The Merc after the touchup[1] 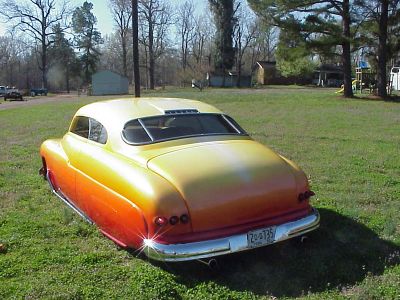 1950 Mercury Sedan owned by Larry Douglas of Cordova, Tennessee.[2] Larry first bought the Merc in 1964. Larry converted the car to a Coupe. A few years later he had to sell it for $ 800. In 1985 a friend of Larry found a 1950 Mercury in Arkansas. The asking price was $200. Larry bought it, and to his surprise found out that he had bought back his own car. Larry collaborated with Gene Winfield, and they converted it from a coupe to a hardtop. The car was shaved, chopped, and louvered. They mounted flush skirts on the car, welded in a 1958 Chevrolet roof scoop, and fit the car with six tunneled 1959 Cadillac taillights. They lowered the car 7 inches and molded in sidepipes. A Chevy 350 was chosen as powerplant, and the car was upholstered in a matching leather interior. Gene painted the car in 16 different custom colors buried under 10 coats of clear.[3]

Please get in touch with us at mail@kustomrama.com if you have additional information or photos to share about Larry Douglas' 1950 Mercury.