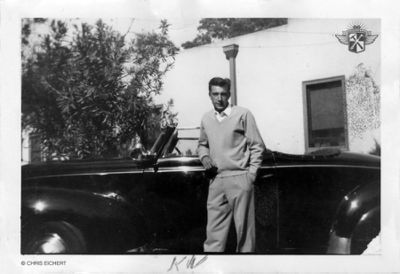 Kenny's Ford without the top. This photo is taken sometime in the 1940s, and the car is running a set of blackball tires at the moment. Photo provided by Chris Eichert. 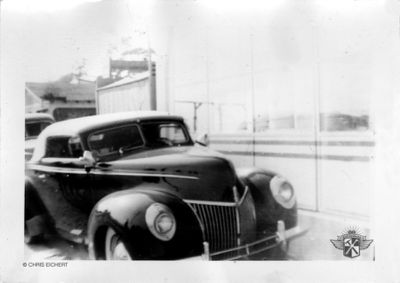 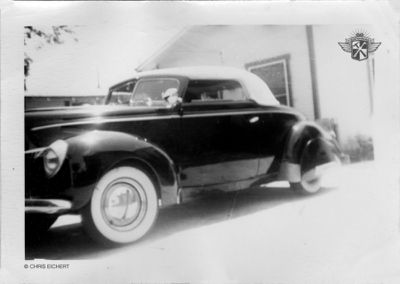 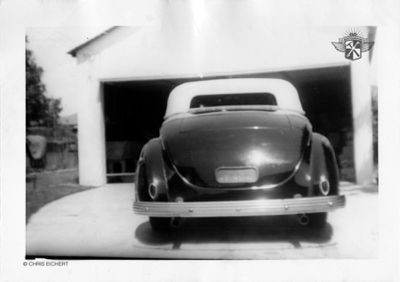 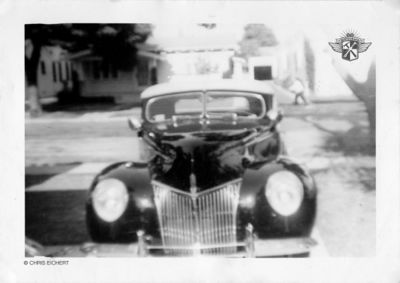 1939 Ford Convertible owned by Kenny "KV" Controtto of South Gate, California. Kenny's convertible was restyled in the 1940s[1], and main modifications included a chopped windshield and a padded Carson style top. The running boards were removed and chrome panels installed on the leading edge of the rear fenders. Old photos shows KV's car running a 1939 - 1941 Lincoln Zephyr bumper up front and a rippled bumper at the rear. The license plate had been inset. Other notable custom accessories included fender skirts, dual spotlights and single flipper hubcaps.

Please get in touch with us at mail@kustomrama.com if you have additional information or photos to share about Kenny Controtto's 1939 Ford.