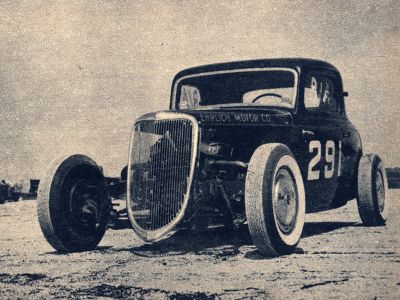 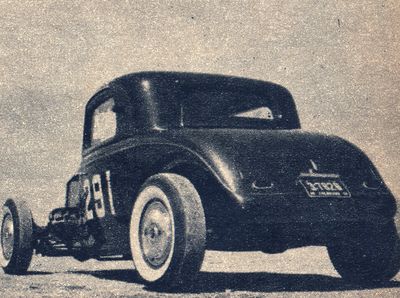 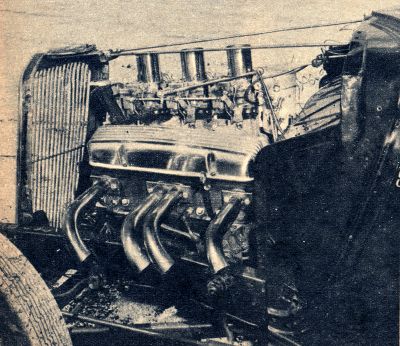 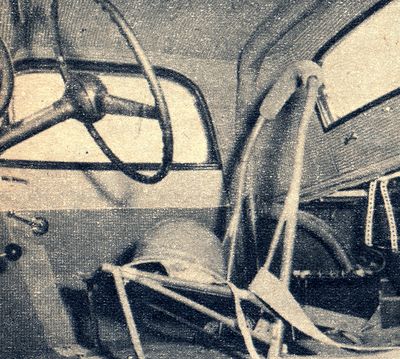 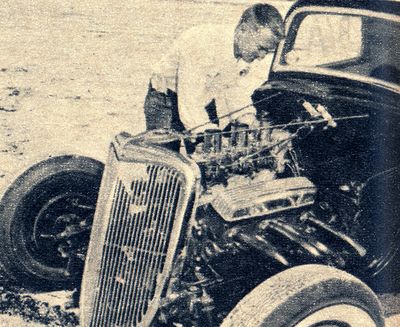 1933 Ford 3 Window Coupe owned by Kennie Anderson. Kennie used his dark purple coupe for competition in the early 1960s. When the car was featured in Rod & Custom February 1960 it was powered by a 1955 Chevrolet mill displacing 306". The engine was equipped with an Isky cam, push rods, lifters and rocker arms. The pistons and 3 carb intake manifold were Edelbrock. With this combination the car was good for 310 HP. A stock Chevrolet flywheel was used with a Ford Truck clutch and a 1937 Ford transmission. The fire was provided by a Spaulding Flamethrower ignition. Ehrlich Motors in La Salle, Colorado made the engine swap for the coupe using a Bell adaptor.[1]

The '33 frame had a stock wheelbase and track. The front end was dagoed and steadied with a set of Gabriel tube shocks in front and rear. 1940 Ford hydraulic brakes were used on all 4 wheels. The car ran on 16" wheels up front, and 15" wheels in the rear. [1]

Please get in touch with us at mail@kustomrama.com if you have additional information or photos to share about Kennie Anderson's 1933 Ford.