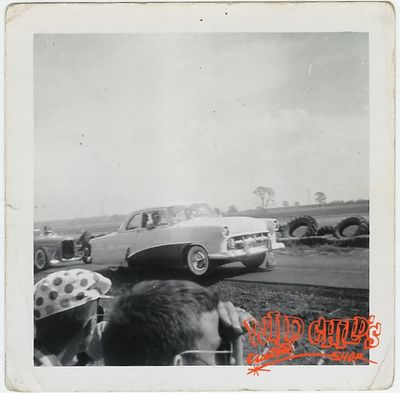 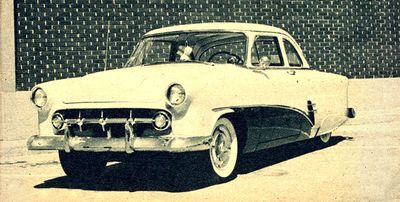 Ken's Ford as it appeared when it was featured in Rod & Custom January 1957. Photo by Lynn Wineland. 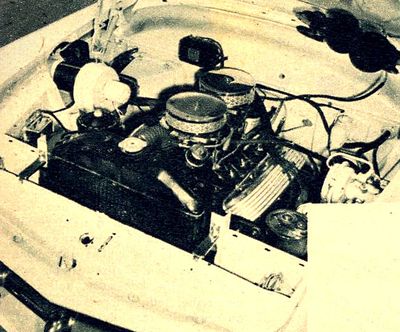 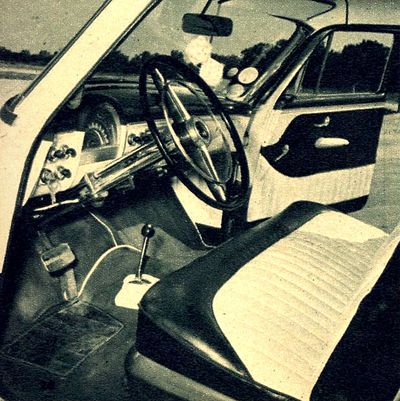 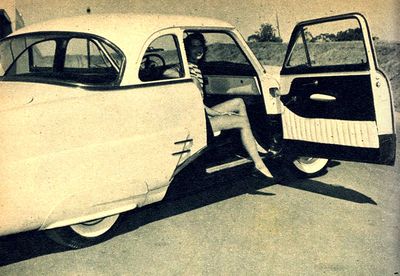 1952 Ford Club Coupe owned and restyled by Ken Atkinson of Corpus Christi, Texas. Ken had already built himself a Cadillac powered Model A roadster as a dragster, and in that purpose he built himself a Cadillac powered haul car as well. The car was nosed and decked to achieve a smoother look. The body received a two-tone paint job separated by Buick trim spears. The taillights were frenched, and the headlights received the same treatment. A 1953 Chevrolet grille bar was installed, and the hood corners were rounded. The 371 inch Caddy engine was equipped with a Weber roller cam, McGurk rocker arms and an exhaust system which incorporated lakes, or headers. Shift lever from a Thunderbird was connected to a Pontiac Hydra-Matic transmission. The interior was done in black and white Naugahyde, and the dashboard was painted black and white to match the interior. A tachometer was installed on the upper left corner of the dash. [1]

Ken owned a transmission shop in Corpus Christi, and he was a good mechanic. He hooked up with Leroy Mackey, who was also from Corpus Christi, and Ken's 1952 Ford became tow car for the Mackey & Veselka AA/g Dragster that also ran as a AA/Ag coupe with a Bantam body, and as a AA/AG sedan with a Ford Model A two-door body. Ken wrenched the dragster, and was a driver for the tow rig around 1957 - 1959.[2]

Please get in touch with us at mail@kustomrama.com if you have additional information or photos to share about Ken Atkinson's 1952 Ford.