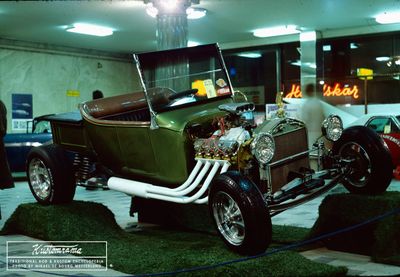 A photo of Karl-Ola's Model T taken at the 1972 Hot Rod Show in Stockholm. Photo from The Mikael de Bourg Wetterlund Photo Collection. 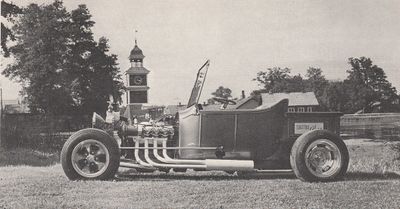 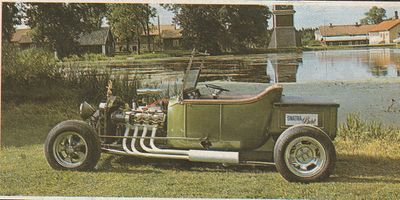 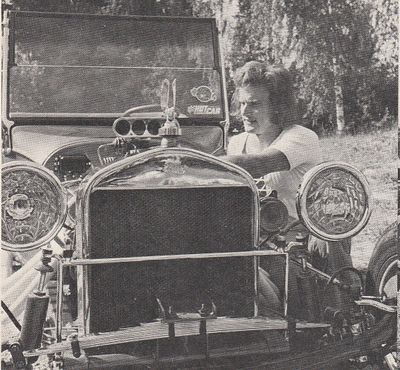 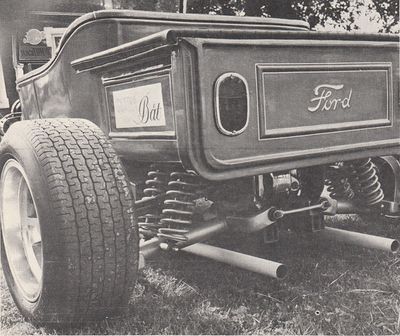 1923 Ford Model T owned by Karl-Ola Englund of Sweden. Karl-Ola's Model T was shown at the 1972 Hot Rod Show in Stockholm, at the time it was powered by a 1955 Plymouth engine.
He started to build the car in the early 1970s. The frame in 60x100 mm tubing holds a rear end from Jaguar Mark 10.
The front end is from Ford 1947, springs from Anglia and disc brakes from Jaguar.


Karl-Ola produced glass-fiber boats and car bodies (as his own T-23 Ford) at his shop in Karlholmsbruk. The body was painted avocado green miniflake.


Together with many original parts from T-Ford the car got a nice traditional Hot Rod look!

Please get in touch with us at mail@kustomrama.com if you have additional information or photos to share about Karl-Ola Englund's 1923 Ford.