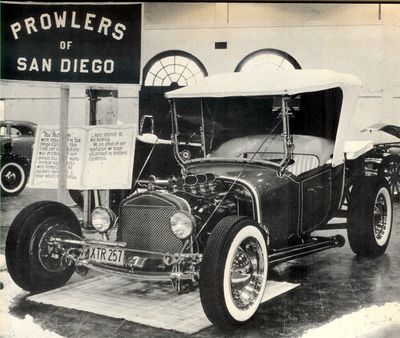 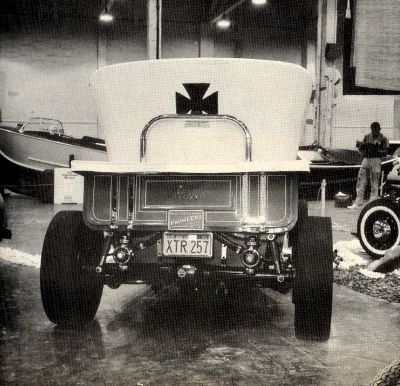 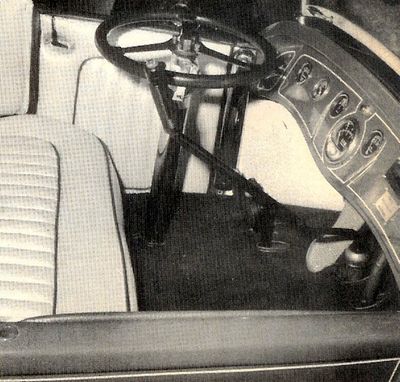 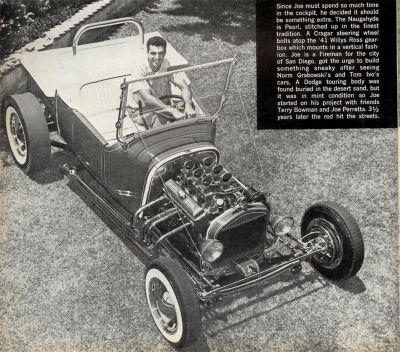 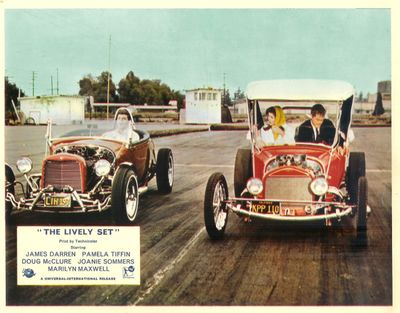 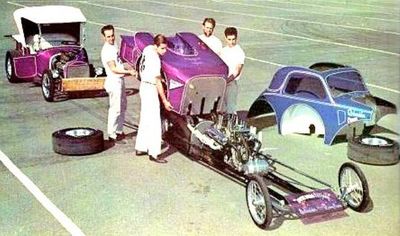 Joe gave the car a Candy Burgundy paint job to match a race car he was partner in.[1] 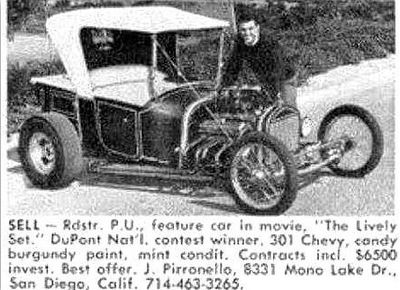 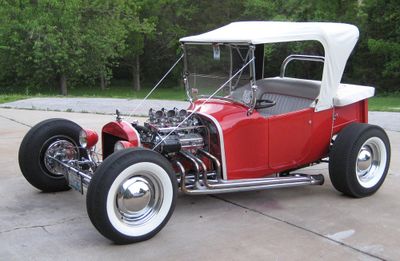 The Dodge as it sat in 2010 when it was advertised for sale on Hemmings. 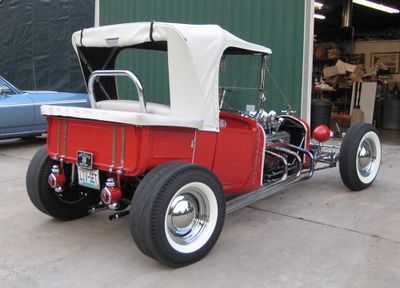 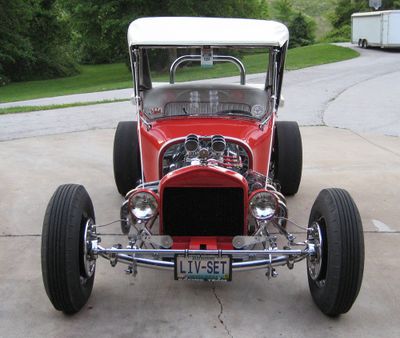 1923 Dodge Roadster Pickup built by San Diego Prowlers member Joe Pirronello in the late 1950s. Joe, who was a fireman by trade, got the urge to build the car after seeing Norm Grabowski and Tommy Ivo's Model T's. Joe's Dodge consisted of a 1923 Dodge Touring body he had found buried in the desert. The body was mounted on a 1928 Ford Model A frame. The bed was a widened 1927 Ford Model T pickup bed, and the grille shell was from a Model T. Joe used a 1937 Ford V8 60 front end, Ford Banjo rear end, and 1940 Ford juice brakes. The first version was painted bright red.[2] With help from his friends Terry Bowman and Joe Perretta, the build took 3 1/2 years. When it was featured in Popular Hot Rodding January 1963 the car was powered by a 283 Corvette engine and a 1939 Ford transmission. The tail lamps were converted 1912 Ford kerosene types. The interior was upholstered in Pearl Naugahyde. A Cragar steering wheel was fit on top of a 1941 Willys Ross gearbox mounted vertically.[3]

In 1964 Joe's Dodge was used in The Lively Set movie where it was driven by Doug McClure. Mickey Thompson did the stunt driving.[2] The same year it was also featured on the cover of Car Craft January 1964.

Later on Joe gave the car a Candy Burgundy paint job to match a race car he was partner in. The Candy Burgundy version was advertised for sale by Joe. According to the ad, the car then sported a 301 Chevrolet V-8. Total investment in the build was $6,500.[1]

Please get in touch with us at mail@kustomrama.com if you have additional information or photos to share about Joe Pirronello's 1923 Dodge.