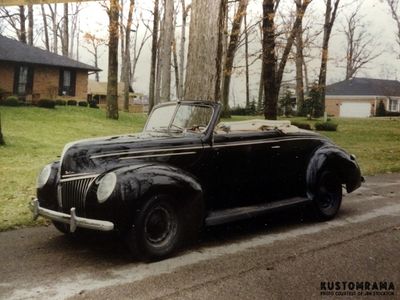 The Ford as it appeared when Jim bought it in the early 1990s. Photo courtesy of Jim Stockton. 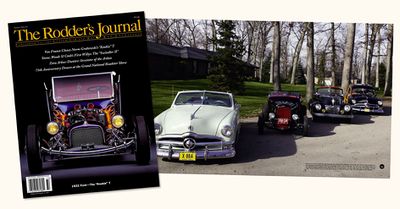 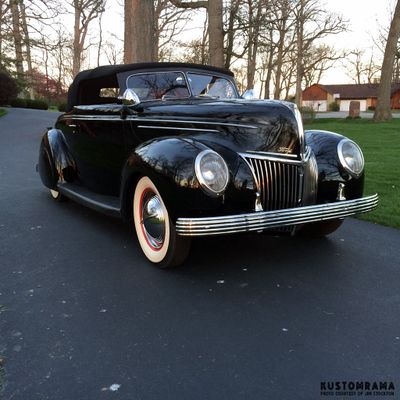 The Ford as it sat after Jim had chopped the top and fit it with a black padded top. Photo courtesy of Jim Stockton. 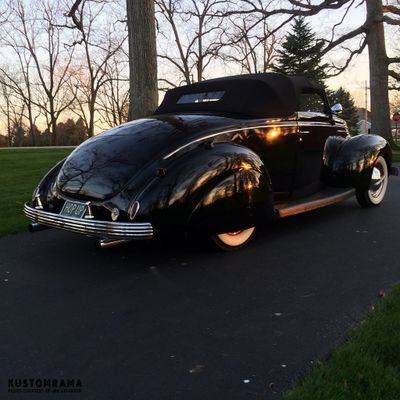 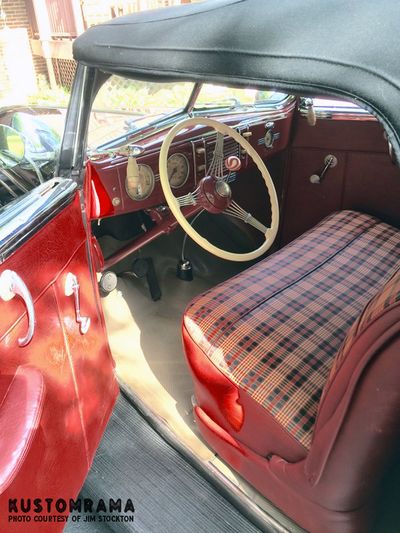 Jim installed a Lebaron/Bonney interior kit in the car. He used original plaid seat cover material to do both seats. The dash was then painted red, and the moldings were chromed. Photo courtesy of Jim Stockton. 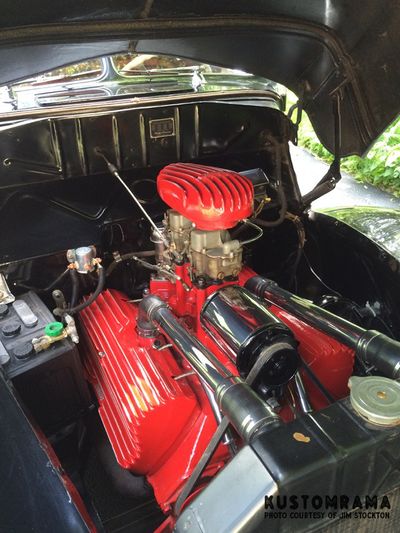 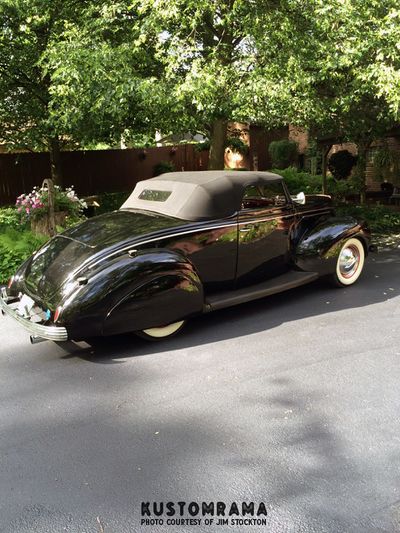 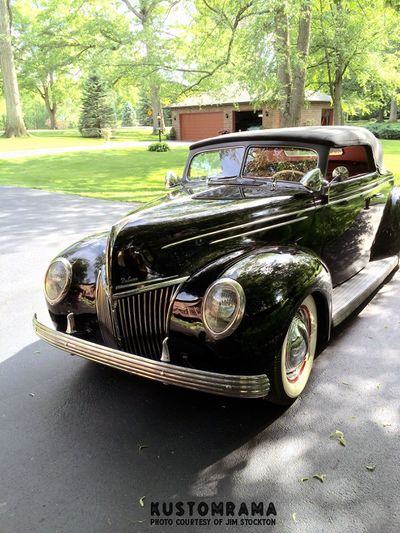 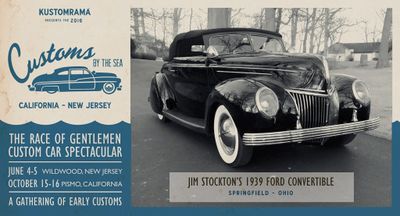 Jim's Ford was one of the Featured Registrations for the 3rd annual Customs by the Sea car show in Wildwood, New Jersey. 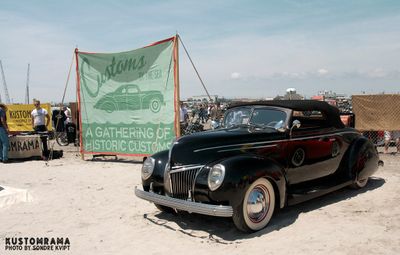 Jim's Ford at the Customs by the Sea. Photo by Sondre Kvipt - Kustomrama. 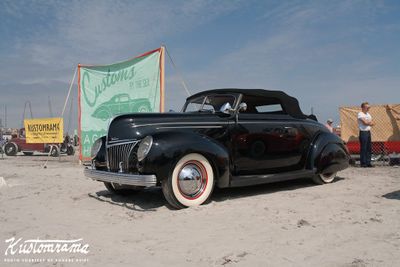 1939 Ford convertible owned by Jim Stockton of Springfield, Ohio. When Jim bought the Ford in the early 1990s it had been trough an amateur restoration, and it was in need of some work. Jim began by lowering the car. He also dressed it up with 1937 DeSoto bumpers, Appleton spotlights, new Firestone whitewall tires and single bar flipper hubcaps. The rear was then decked and the paint was spotted in a few places. A Lebaron/Bonney interior kit in red was bought and installed. Jim used original plaid seat cover material to do both seats. The dash was then painted red, and the moldings were chromed. Jim also added 1941 Chrysler window cranks and handles.[1]

Power comes from a 1947 Ford 59AB engine that Jim fit with an original Thickstun dual carb manifold, air cleaner and head covers. In 2016 nothing on the car was newer than 1947.[1]

In 1994, when Tim Gavern brought back Hop Up Magazine, it was featured in the first issue. The same version was also seen in Rodders Journal Number 36 in 2007. Around 2013, Jim decided to chop the windshield. Doug Thimes performed the chop, and the height of the glass was reduced to 10 inches. After the windshield had been chopped, Dan Dunlavy built and covered a Carson style padded top.[1]

Please get in touch with us at mail@kustomrama.com if you have additional information or photos to share about Jim Stockton's 1939 Ford.