The car as it appeared in Custom Cars August 1958. Photo by Dick Katayanagi 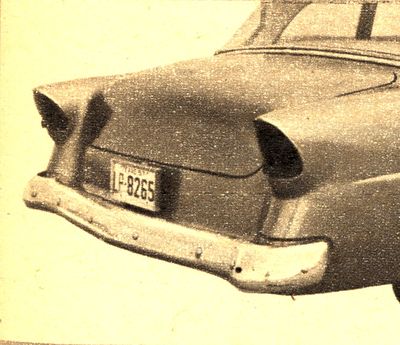 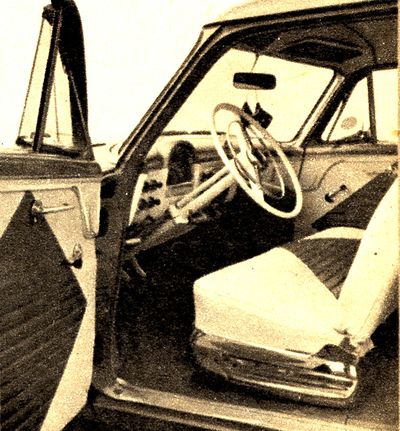 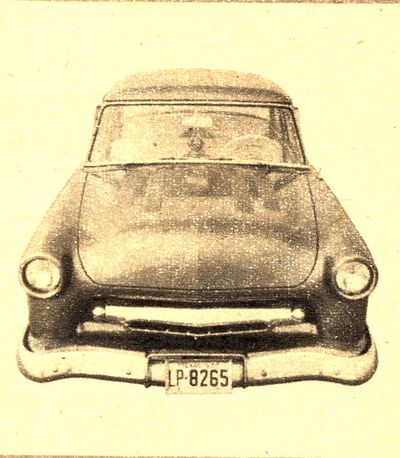 1952 Ford Tudor owned by Road Knights member Jerry Ledlow of Longview, Texas. Jerry spent three years customizing his Ford, by the time he was finished he was studying at the conservative school in Longview. Up front, a 1949 Mercury grille shell was molded in, the grille was a 1954 Ford grille bar with 1951 Ford spinners at both ends. The hood was shaved and louvered and the headlights were frenched. The rear fenders were modified and extended five inches to accept the 1955 Lincoln tailights which were frenced to achieve a cleaner appearance. The deck lid was shaved as well as the door handles, these were electrically operated by solenoids. The hood and deck lid corners were rounded and air scoops were made in the rear fenders and on the hood. In order to get the right stance, the front coils were chopped 1 1/2 inches and the rear was lowered 2 inches by installing lowering blocks. The first interior was done by Clark's Trim Shop in gold and white Naugahyde with diamond patterns. Later, Stone & Tinsley of Longview reupholstered the interior with full custom seat covers, new headliner and matching diamond door panels of 3-D saran combine with vinyl. A 1957 Ford steering wheel was installed. Once the bodywork was completed, the body was painted gold-enamel. The tudor was powered by its stock engine, but Jerry had it fully chrome plated to reflect the rest of the car. The car featured 1956 Dodge Lancer hubcaps in 1958, but these were exchanged with and decorated Moon hubcaps. Lakes pipes were added as well.[1]

Please get in touch with us at mail@kustomrama.com if you have additional information or photos to share about Jerry Ledlow's 1952 Ford.