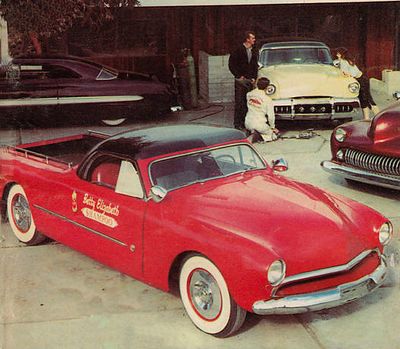 Joe Bailon on the left and a helper lift the top off while the owner Davi ducks his head. Photo by Ralph Poole 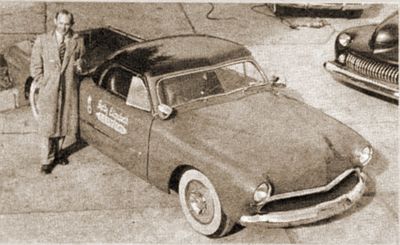 Horace Davi next to the car. Photo by Ralph Poole 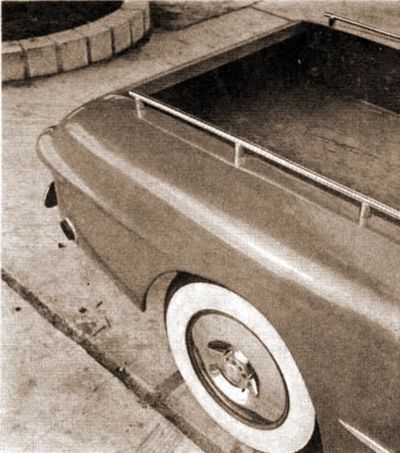 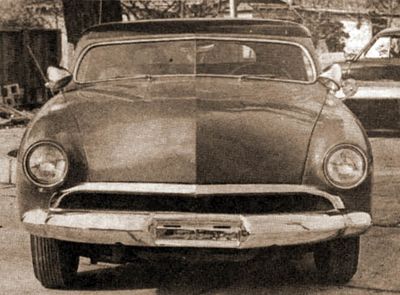 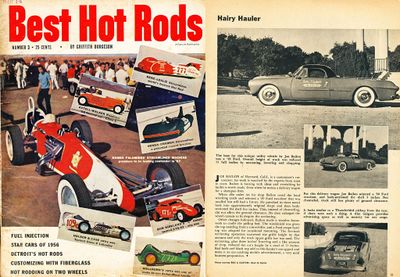 Horace's truck was featured as the "Hairy Hauler" in Best Hot Rods Number 3 in 1957. The photos in the story were taken by Spence Murray. 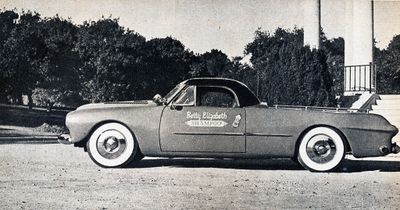 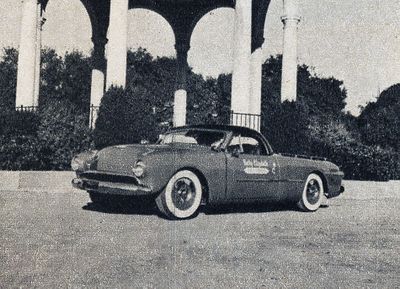 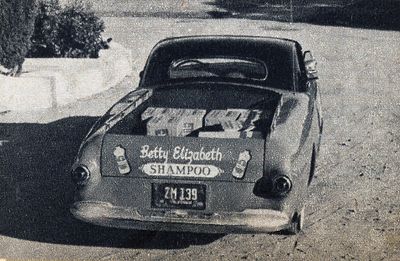 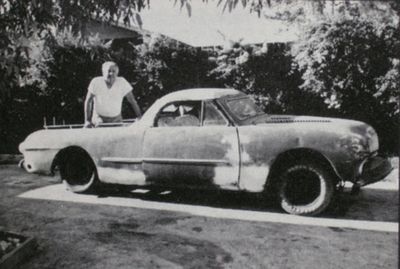 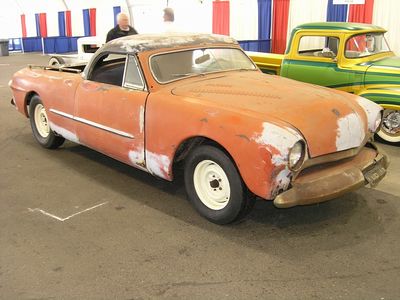 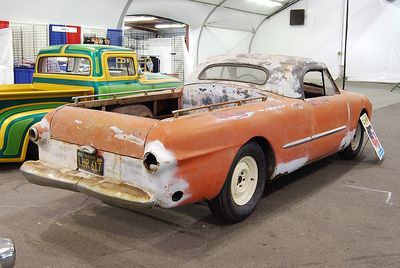 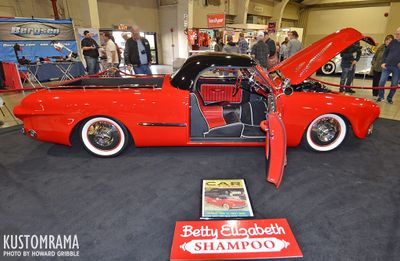 The Shampoo Truck at the 2017 Grand National Roadster Show. Photo by Howard Gribble. 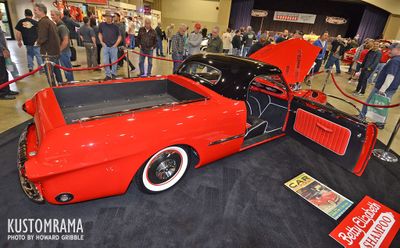 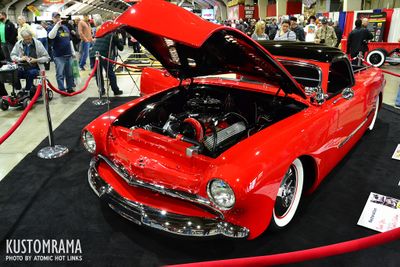 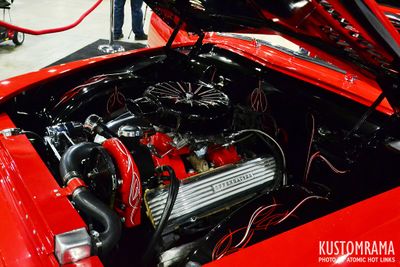 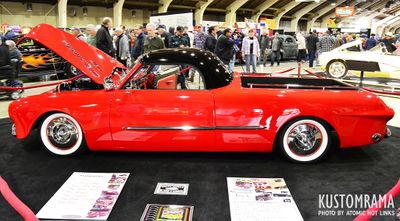 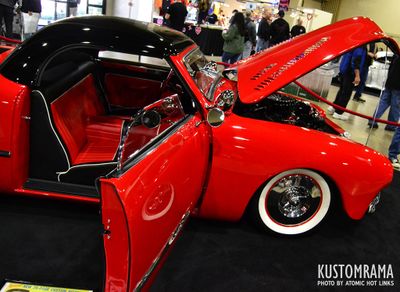 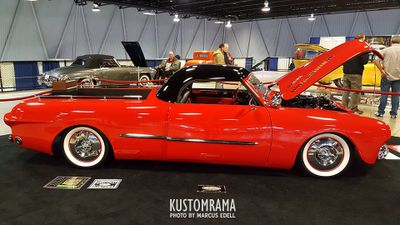 The Shampoo Truck at the 2017 Sacramento Autorama. Photo by Marcus Edell. 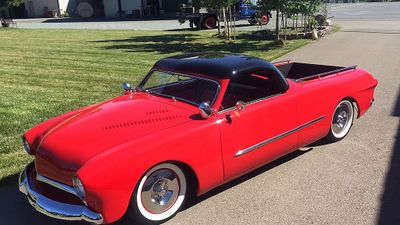 In August of 2017 the restored version of the Shampoo Truck was advertised for sale on Autotrader. The asking price was $135,000 USD. Photo courtesy of Autotrader. 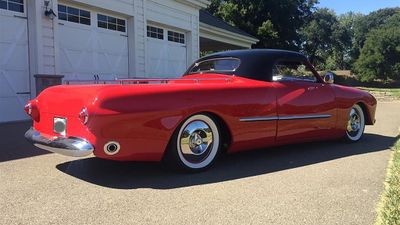 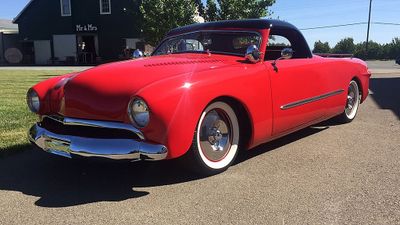 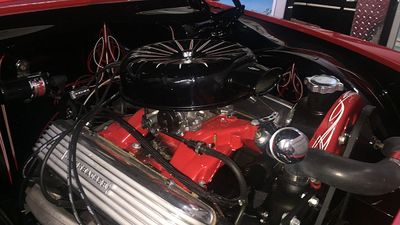 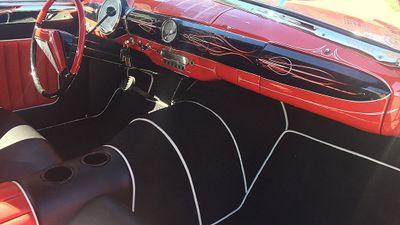 Horace was keen on a custom car, but he also wanted to use the car for his shampoo business. Ford's Ranchero was not available at the time and Davi's idea was still new. According to Car Speed and Style October 1958 Horace went to the wrecking yard and found a totaled 1949 Ford Convertible,[2] but in Rod & Custom May 1955, it reads that Joe Bailon went to the wrecking yard and found a demolished 1950 Ford 2-door Sedan to use as a starting point.[3] Anyway, Davi brought it over to Bailon's Custom Shop and discussed the design together with Joe. For all practical purposes, the car was completely stripped down to the frame before the construction work began.[2]

The basic body shell had to be restored to its original form as well before the customization could begin.[3] The body was first sectioned 4 inches according to Car Speed and Style[2], however Rod & Custom says 5 inches. The windshield was chopped 3 inches and fit with a removable top. According to Car Speed and Style October 1958, the top was built completely by hand. it was easily removable and could be revomed by one man whenever the weather would permit it. In Rod & Custom May 1955, the story was that a small coupe top was salvaged from the wrecking yard and re-contoured to fit the body lines. In order to match the lower body lines, the front fenders had to be trimmed off the bottoms, and the wheel cutouts raised the same amount so the tires could turn. Due to the body setioning and fender reworking, the grille cavity was reduced enough so that the crew thought it looked too good to spoil, so they did not add grille bars. The low grille opening caused colling problems, so the hood was louvered to cool down the engine compartment. All four wheel wells were radiuced, this required reworking of the inner wheel housings.[2]

The biggest problem converting the Convertible into a pickup was the stiffening of the rear quarter panels. The bed was made from heavy weatherproof plywood which was secured to channels set along the inner side of the quarter panels, just high enough to clear the kickups over the rear axle housings. Chrome rails made from bar stock were placed on top of the quarter panels. The windsplits on the rear fenders had to be reshaped in order to accept the Pontiac taillights. The hood was nosed and the headlights were frenched, the door handles were flushed as well.[3] The rear bumper was swapped with a 1946 Oldsmobile unit. A 1951 Cadillac front bumper was reworked to fit the car. The exhaust outlets were placed on both sides the rear quarter panels. Once the bodywork was completed, it was painted red with a black top. Dual spotlights and modified 1953 Cadillac hubcaps wrapped up the stye. Davi took it over to the East Oakland Auto Toggery where he found the perfect fabric to reupholster it with. The interior was done in red and gray pleated leatherette. The car took eight months to build and cost $4500 to complete.[2]

In August of 2017 the restored version of the Shampoo Truck was advertised for sale on Autotrader. It was located in Orange, California, and the asking price was $135,000 USD.[4]

Please get in touch with us at mail@kustomrama.com if you have additional information or photos to share about Horace Davi's 1949 Ford.