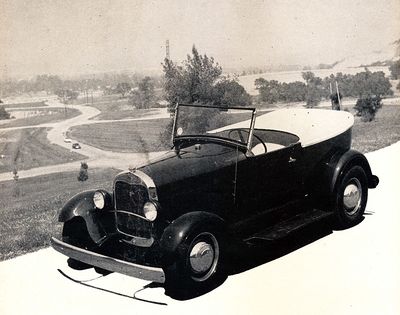 As it appeared in Hop Up And Motor Life Magazine November 1953. 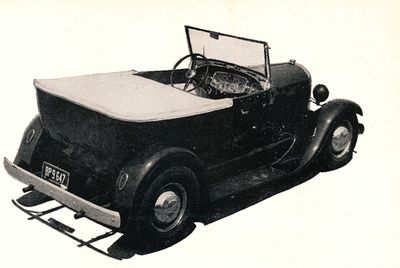 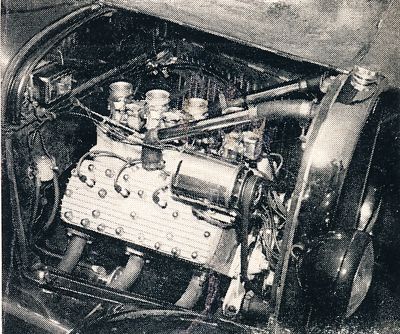 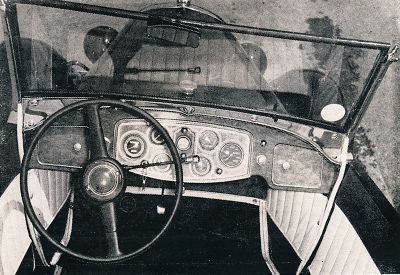 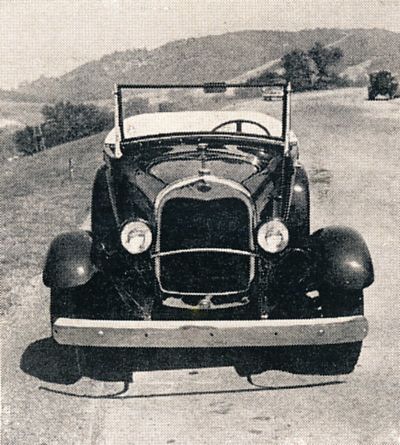 1929 Ford Model A Phaeton owned and built by Don Chase of Burbank, California. Don purchased the Phaeton in the summer of 1951. He wanted a custom hop-up that he could have both for show and go. He started to upgrade the running gear. The front dropped 2 3/4" dropped and filled axle with Gabriel 50/50 shocks and 1940 Ford brakes. A 1948 Mercury engine was installed, hooked up to a newer transmission with 26 Zephyr teeth. Column shift and steering wheel were installed from a 1940 Ford. The stock axle was swapped in favor of a 1946 Ford unit with 3.78:1 gear ratio. He used 6.50-16 in the rear and 5.50-16 up front. When it came to the engine, Don did everything himself, except the heavy machine work such as balancing and boring it 3/8" over. He installed an Iskenderian "track grind" cam,Edelbrock pistons, heads, four carb manifold and a Kong ignition. Don turned 94mph on gasoline at the Pomona drag strip. After the driveline was done, it was time to start focusing on the exterior. The dashboard originated from a 1932 Packard, a rare unit that was built originally by Packard as a custom job, and only 12 were ever produced! The rear seat was replaced by the spare tire and the gas tank. A tonneau cover was installed hiding it. The upholstery was done in maroon and white leatherette. Chevrolet truck bumpers were installed. It was painted Packard maroon with extra metallic and purple lacquer.[1]

Please get in touch with us at mail@kustomrama.com if you have additional information or photos to share about Don Chase's 1929 Ford.