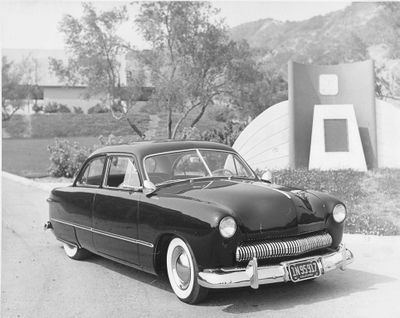 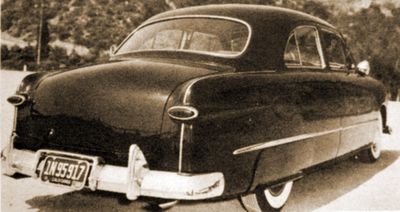 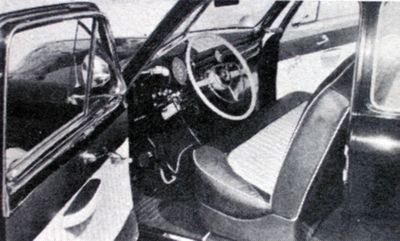 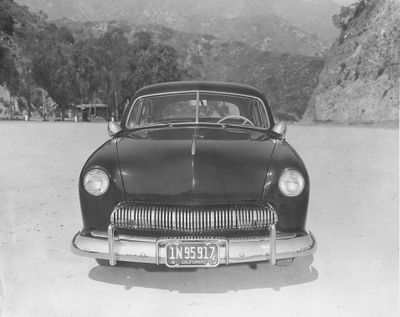 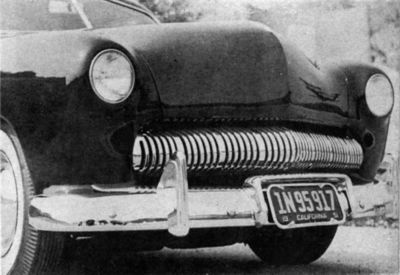 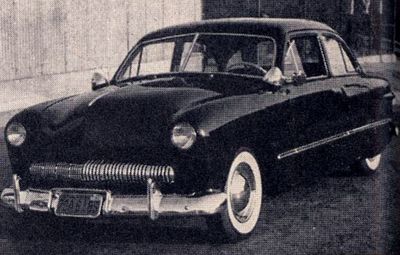 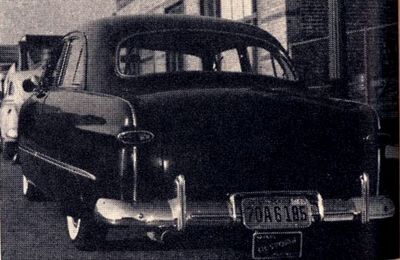 1949 Ford restyled by Valley Custom for Dave Peters. Dave bought his Ford brand new in 1949. He owned it for two weeks before he decided it deserved something different. Then the army called and the Ford began to gather dust. While Jack was overseas, he planned out what he wanted to do with his car. When he returned home, he brought it over to Valley Custom in order to get his ride even cleaner than it was stock. The door handles were removed and the doors were electrically operated by pushbuttons. It was nosed and decked. The headlights were frenched. The front was restyled by molding-in a 1950 Mercury grille shell and grille. The hood was extended down to the grille opening. Dual spotlights and a 1949 Chevrolet license guard were added, the gas tank opening was filled-in. The car was also lowered 2 1/2 - 3 inches all around. Floyd Tipton reupholstered the interior in blue and white tuck & roll. Johnny Hagen painted the body midnight blue. The ported and relieved mill was hopped up with a Winfield cam and Navarro heads. The car was fit with three sparkling chromed Stromberg carburetors, making this a nice looking engine.[3]

Please get in touch with us at mail@kustomrama.com if you have additional information or photos to share about Dave Peters' 1949 Ford.