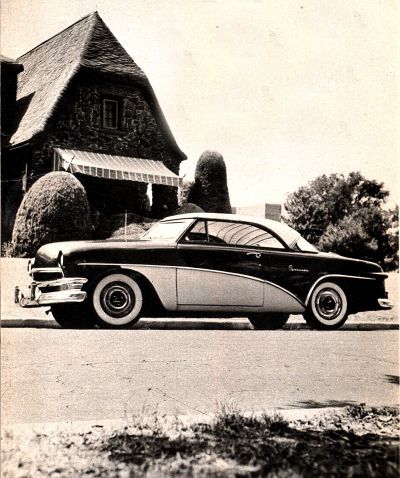 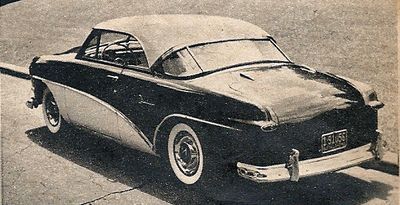 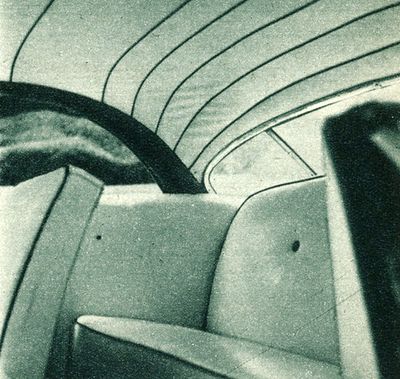 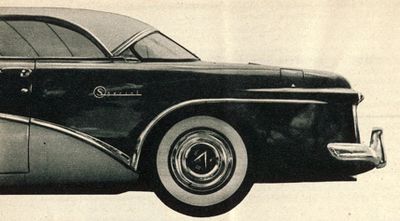 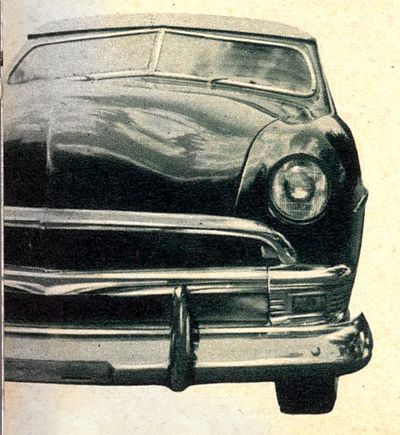 1949 Ford Convertible restyled by Cotton Woodworth of Cotton's Paint & Body Shop in Oklahoma City, Oklahoma. Woodworth ran a body shop in Oklahoma City, spending his weekdays fixing fenders on ranch trucks, and bumpers on family sedans, and his weekends watching football - the national champion Oklahoma Sooners. One day he received a call from the local Statefarm agency, they explained that they had a 1949 Ford Convertible which had been involved in a major traffic accident. Cotton was asked to take a look at it and figure out the damage. He declared it a loss, the cost of fixing up the car would be more that the car was worth. The insurance company handed the car over to Cotton and cut their losses.[1] After that, he swept out an unoccupied stall in his shop and parked the car to await what spare time he could find. His original plan was to fix the car up cheap as possible, and then sell it with a profit. The car remained in the stall until a customer drove by in his 1951 Ford Victoria, Cotton fell in love with the design and began to notice that the proportions were very similar to those of his crushed 1949 Ford Convertible. An idea popped into Cottons head, "why not install a Victoria top on the Convertible body?".[2]

A trip to the nearest Ford Agency secured Cotton a turret top and a box full of related and necessary components which he needed. The top fit the body well, however he decided that the stock height of the car was too high. One thing lead to another, and he ended up chopping the windshield and side glass frames 3 inches. The rear of the top was dropped down and secured to the body. Cotton ran into a problem, the top was now 4 inches too short to cover the cockpit opening. He solved this problem by moving the rear seat and its supporting structure forward 4 inches. A strip of sheet metal was cut to fill the opening where the seats once were, as a result the trunk area became 4 inch longer. Cotton installed 1954 Buick trim strips and radiused the wheel opening to match the radius in the trim strips. The rear fenders were molded-in and the rear license plate was flushed into the shaved deck lid. The deck lid was opened by pushing a small pushbutton located on the dashboard. The characteristic cutout on the hood was filled and a slight peak ran down from the center of the hood instead of the original molding strip. The headlights were frenched and deeply recessed,and a straight grille bar was installed to achieve a cleaner appearance. Cotton fit the car with 1954 Buick Special emblem and 1953 Buick hubcaps. The car was lowered by installing 3 inch lowering blocks in the rear and by reworking the A-arms up front. Once the bodywork was completed, it was painted in a two-tone paint scheme consisting of Mandarin red and offwhite separated nicely by the 1954 Buick trim strips. The interior was all reupholstered in antique white Naugahyde, from headliner to floormats. The seats were done in white Naugahyde with red piping, the headliner was trimmed with red beading as well.[2]

Most people would consider it done, but Cotton didn’t. He kept it on the road long enough to be featured in the November 1954 edition of Rod & Custom. Soon after he tore it apart as he visioned a 2″ section. His vision never came true and the car was never finished.[1]

Please get in touch with us at mail@kustomrama.com if you have additional information or photos to share about Cotton Woodworth's 1949 Ford.