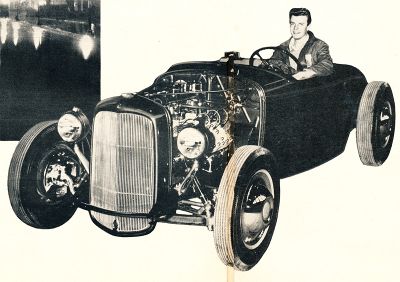 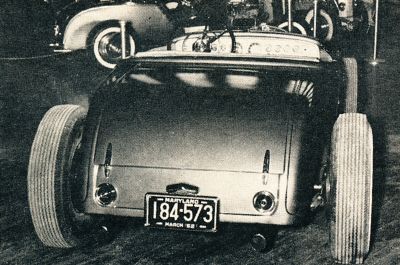 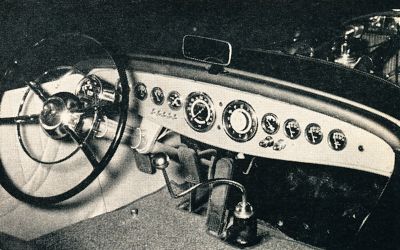 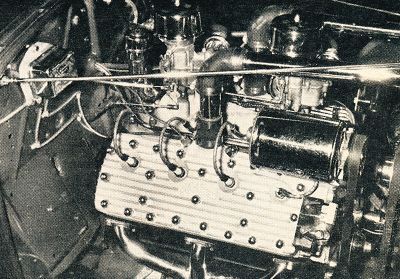 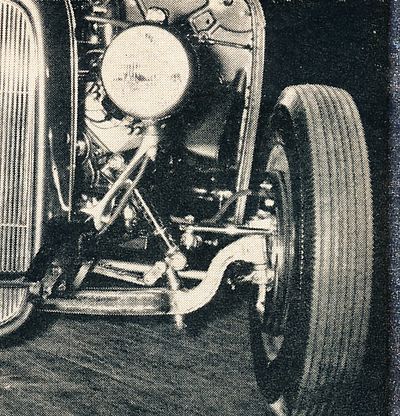 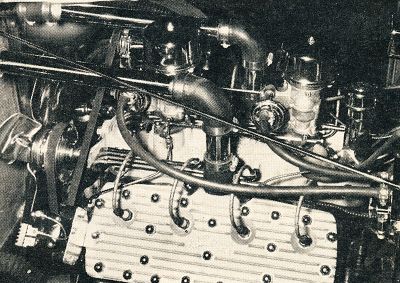 1932 Ford Roadster owned by Charles Crowther of Maryland. Charles Roaster was channeled over the frame. The door handles were removed, as well as the deck lid handle. The blue dot taillights were off a Pontiac, and a Hollywood accessory license plate light was installed The car was painted with 21 coats of reddish-bronze lacquer. The rear tires were 8.20-15. The front axle was dropped, and it had juice brakes. The upholstery was was also as nice as the exterior, with a Ford Crestliner accessory wheel and full set of Stewart-Warner gauges. It was powered by a Mercury engine, with a 3 5/16" bore and 4" stroke. It featured Edelbrock 8.5-1 heads and a 2 carb manifold, JE Pistons, Iskenderian cam, Spalding ignition and Belond headers.[1]

Please get in touch with us at mail@kustomrama.com if you have additional information or photos to share about Charles Crowther's 1932 Ford.