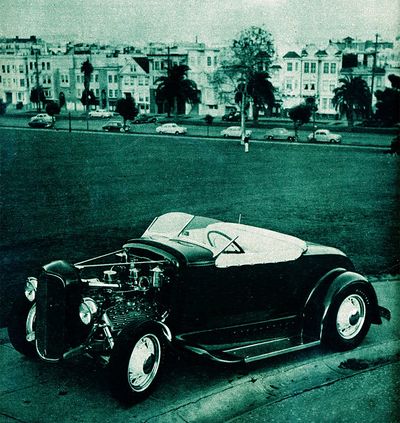 As it appeared in Rod & Custom April 1954. Photo by Ralph Poole. 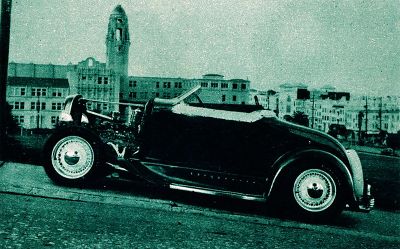 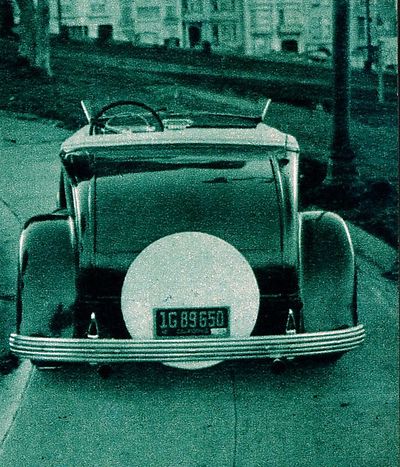 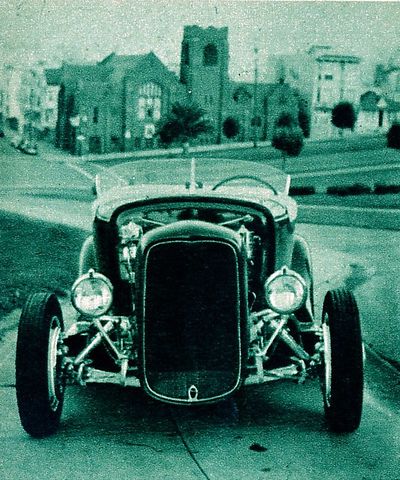 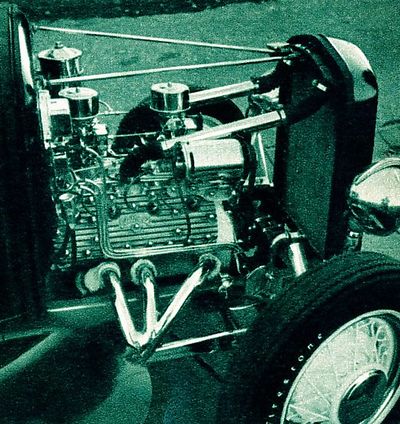 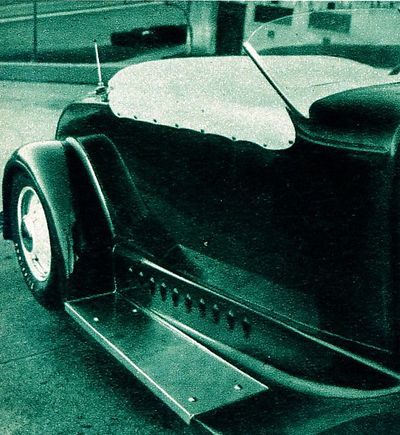 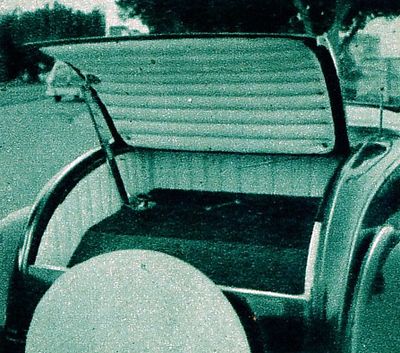 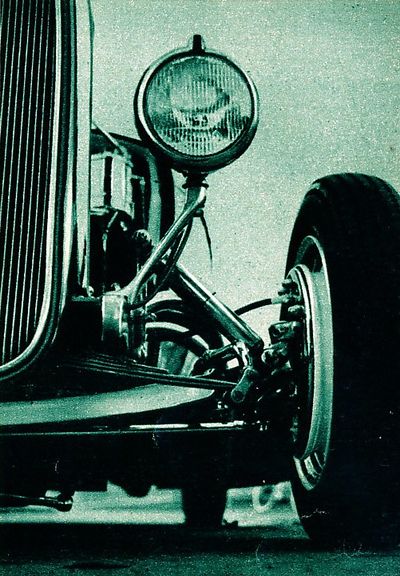 1931 Ford Model A Roadster owned by Buzz DeChamp of San Francisco, California. Buzz wanted himself a hot roadster, which he could whiz up and down the streets without any trouble at all. He planned it for a long time, and it needed to have good power and weight ratio, and lots of wind through the gears. After looking around, he found a decent roadster, belonging to a gardener. The gardener had used it as a work car, and every crevice and crack in the body was filled with leaves, grass clippings and bits of branches. Buzz managed to get the car home in 1952, after it had been emptied of rakes, hoses, shovels and a lawnmower. [1]

As soon as it was in his possession, he began tearing it down. He removed the fenders, running boards, the hood and deck lid. He tore out the seats, engine, gas tank, and the transmission. The car was totally dismantled and just two pile of parts, one to stay, and one to go. He set up his torch, and array of hand tools and began building. He put the frame on the garage floor, and white chalk lines were drawn on the cement along with the necessary measurements. The rear portion of the frame was kicked up several inches higher that its original location. A V8 center crossmember was welded into position. After figuring out what parts to be added to the frame, he welded rest of the 133 unusable holes. Many of the holes were those which were drilled for the attachment of fender stabilizing wires and attachments that the previous owner had made.[1]

Buzz wanted a lot of legroom, so channeling was not an option. The body was mounted in its stock position, and work was turned to all the myriad dents and holes in the body. The door handles were shaved, the cowl vent was filled, windshield attachments were removed, and the trunk handle was eliminated. A DuVall windshield was installed, giving it a sportier appearance. The DuVall windshield was no longer in production, and was quite hard to find. He welded the doors shut, and narrowed a 1940 Mercury dashboard to fit. Ten louvers were punched into each of the running board valance panel. The front fenders were unusually treated in that they could hardly be called fenders. However, they did their purpose of throwing the mud and gravel away. The rear fenders were kept, but they were molded to the body. A 1932 Ford grille shell was filled and made to fit the Model A as well. After several months of hard labor, the body was now done.[1]

With the body done, he began focusing on the chassis. The stock Model A rear end was kept, along with the spring assembly. Since the frame was kicked up, the was no need to alter the rear suspension to reduce the ground clearance. A 1940 Ford transmission case was used, filled with Zephyr gears. Buzz chose to use a 1941 Mercury engine, complete with a port and relieve job, and an overbore. The mill was equipped with a set of Edelbrock heads and dual intake manifold. Buzz hand built a set of over-the-frame headers and exhaust. The front suspension was taken from the same 1940 Ford which the transmission came from. As soon as all the parts were cleaned, they were sent off to be chrome plated. Shock brackets were fabricated, and headlight mounts were installed after the freshly chromed front suspension was installed. The wishbone was split, and custom brackets were made. He fit the chassis with four Kelsey-Hayes wheels, with 5.00-16 Firestones up front, and 6.00-16 in the rear. The frame was carefully two toned in white and blue after which the body was painted with several coats of Swift Red. The wheels were painted bright white as a contrast.[1]

Hall Upholstery Shop of Oakland, California, made a complete new interior for the car, nicely padded with eggshell white leatherette and red rug. The trunk compartment was similarly upholstered with a maroon rug and pleated white deck and side linings. The rear bumper was a front ripple bumper from a 1937 DeSoto, and the taillights were installed in the bumper guards. As a final touch, the satin chromed running boards were installed. Now, Buzz finally had the car he wanted so badly! It could take him up and down the San Francisco hills with no problem at all, and it could make mole hills out of the mountains.[1]

Please get in touch with us at mail@kustomrama.com if you have additional information or photos to share about Buzz DeChamp's 1931 Ford.