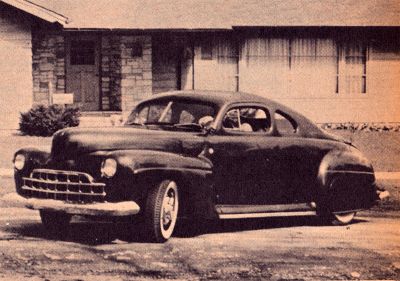 The Titian as it appeared when it was featured in Customs Illustrated November 1958.[1] 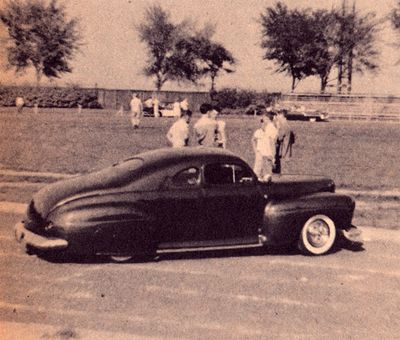 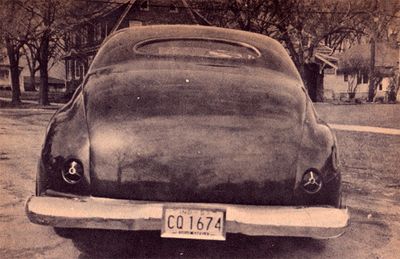 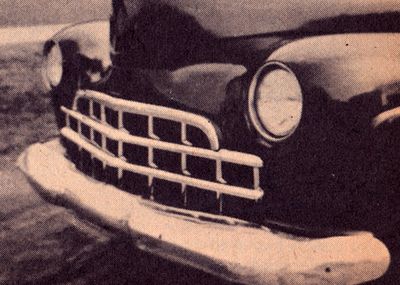 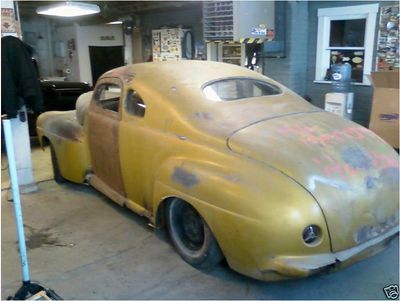 The old custom as it sat when James Duke's widow advertised it for sale on eBay in 2010. Photo courtesy of eBay. 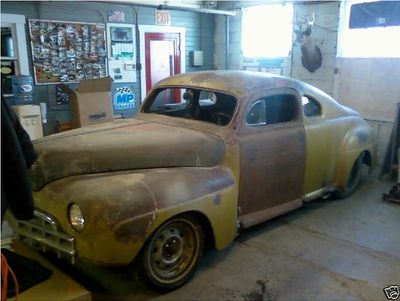 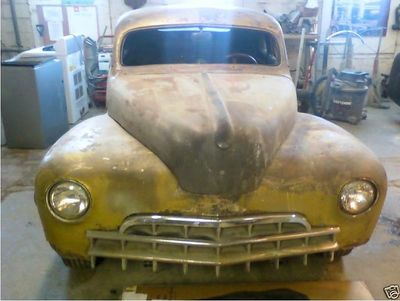 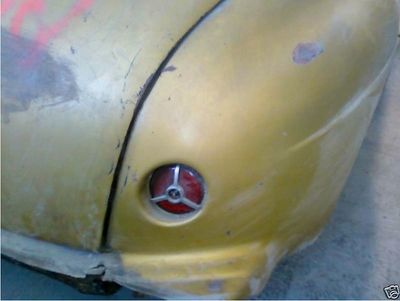 1947 Ford Coupe restyled by Ken Piepenbrink at Continental Customs for Bob Marion of Whitting, Indiana. Known as "The Titan", the car has been referred to as an 1946 and a 1947 Ford in the coverages it has gotten. The roof on the car was chopped 4 inches in front and 6 inches in the rear. The drain strip was removed, and the windshield was pieced together with a clear plastic strip. Tinted windows were installed in the chopped top. The front gravel deflector was molded to the body, and the front end was remodeled to accept a 1948 Cadillac grille The hood center section was molded, and the headlights were frenched using 1952 Ford headlight rims. According to Customs Illustrated November 1958, both front and rear bumpers were taken from a 1947 Studebaker. According to later owner Mike Nottingham, this was not correct, they were 1949 - 1950 Studebaker Commander bumpers. The rear gravel pan was molded to the body, and the deck lid's rear upper corners were rounded. Taillights from a 1949 Lincoln were frenched into the rear fenders. Doors and deck lid were shaved for handles and replaced by electronically push buttons. All body seams on the car was molded in, before the coupe was lacquered with 15 coats of a modified Tahitian red color. Hubcaps from a 1955 Oldsmobile were put on the newly painted car. Dash and interior mouldings were lacquered in black, and the interior was upholstered in a two-toned black and bittersweet. When the car was featured in Customs Illustrated November 1958, it was powered by 1954 Mercury engine that was hooked to a Ford floor shift transmission.[2]

In Custom Cars August 1960, the car is shown at the Evansville Mid-States Autorama. By then the car has lost its skirts, and gained side pipes, the car is also owned by W.R. Pygman of Terre Haute, Indiana.

Bob Marion's Ford eventually wound up with Bob Drake of Fortville, Indiana, prior owner of the famous Jack Stewart's 1941 Ford. Bob sold the car to James Duke of Richmond, Indiana.[3]

In March 2010 James Duke's widow advertised the old custom for sale on eBay. According to the listing, the car had spent some time in Brazil since it was featured in Custom Cars August 1960]. It was also rumored that that the car had been used on the dragstrip. The "Buy it Now" price on the car was set to US $10,000.00. It was sold without an engine, transmission, interior, gauges, wiring, or bumpers, and it needed a lot of body repair and metalwork.[4]

Mike Nottingham of Richmond bought the old custom from James' widow in May 2011. In 2015 he told Kustomrama that he believed the car had spent some time in Brazil, Indiana. The city, not the country. At the time Mike was gathering parts he needed for a restoration of the first version of the car. The version with fender skirts and no lakes pipes.[3]

Please get in touch with us at mail@kustomrama.com if you have additional information or photos to share about Bob Marion's 1947 Ford.