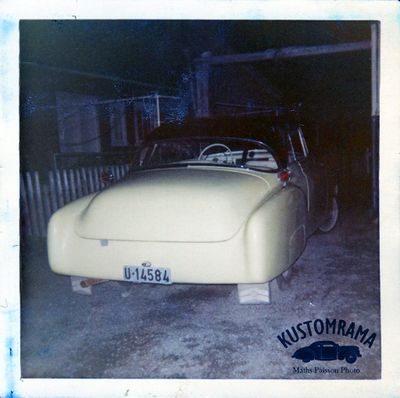 A photo of the Chevrolet taken in 1967. Photo courtesy of Maths Pålsson. 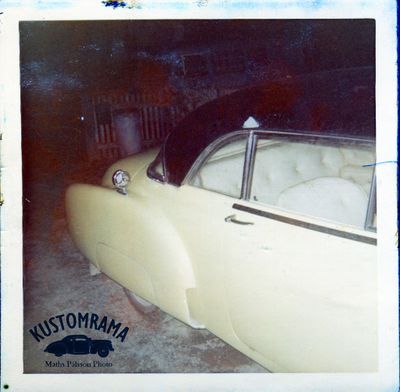 Another photo of the Chevrolet taken in 1967. Photo courtesy of Maths Pålsson. 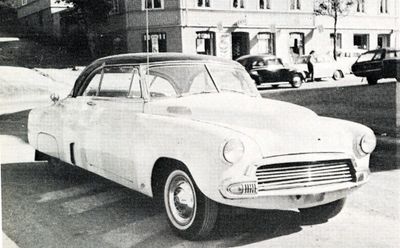 1951 Chevrolet Bel-Air owned and restyled by Bjørn Tømmervik and Ivar Buxrud of Trondheim, Norway. Bjørn and Ivar's Chevrolet had a bumperless front end design that incorporated a rolled pan. The center section of the grille was removed, and replaced with a tube grille. It was shaved for most of it's chrome and ornamentation, and it featured air-scoops in the quarter panels, fenderskirts and Imperial-looking taillights.[1] The rear bumper was replaced with a rolled pan as well. Inside it featured a custom white upholstery.

In 1965 Knut Svea of Trondheim bought the car from Bjørn and Ivar. The customized Chevrolet was Knut's first car, and he owned it for about two years.[2] In 1967 the car was painted in a bright green toned gold color.[1] Knut sold the car to Gustav Steen. Gustav owned it for a while, until he hit a tram with it outside of Sentrum Kino in Trondheim. After the accident, the car was junked.[3]

In 1979 a photo of the car was published in Amcar No. 1 - 1979. The photo was taken by Geir and Ola Jonassen in the summer of 1967. On their way down to the Narvesen magazine stand by Telegrafen to buy the latest issue of Rod & Custom Magazine, they had come across the car as it was parked at Møllenberg.[1]

Please get in touch with us at mail@kustomrama.com if you have additional information or photos to share about Bjørn Tømmervik and Ivar Buxrud's 1951 Chevrolet.