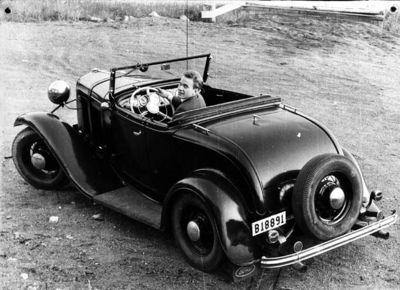 Björn in his car 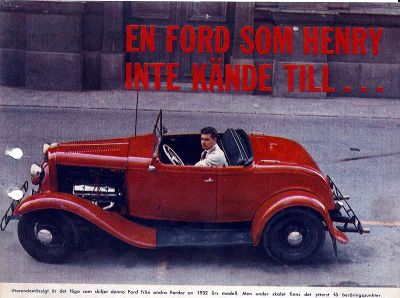 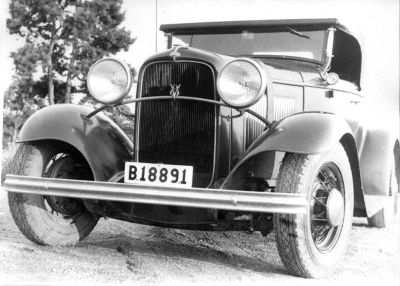 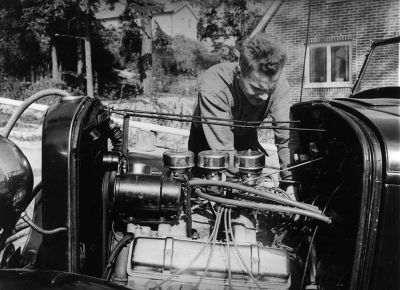 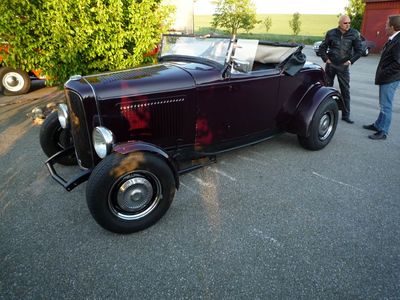 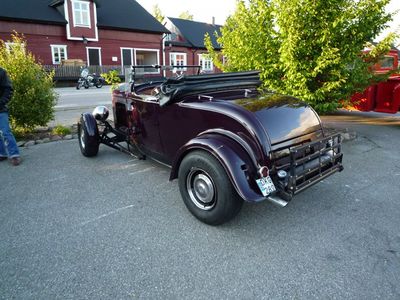 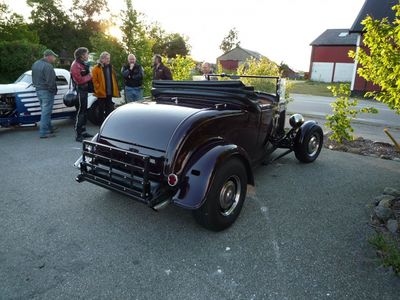 Björn Bellander, brother of Jan Bellander from Värmdö built this 1932 Roadster in the fifties.


It was (what they knew) the third Hot Rod in Sweden at that time, next to Lennart Djurberg and Janne Bellander.


The car was found in Hudiksvall in 1958 and transported on a railway wagon down to Stockholm. Björn payed 1.200:- for it.
Björn did an extensive restoration and had it ready in 1959. Many parts were bought from BoMac Racing and the engine from an Oldsmobile 1954.
It was painted red with a black top. Dashboard gauges and steering wheel from Buick 1947.
Björn brought the car to were he did his military service, in Skillingaryd.


The Roadster was run rather hard on the street. Lots of street races against other Hot Rods and sports cars.


In 1962, it was sold to a lorry driver in Stockholm. The new owner continued to race hard - he called a month later telling he had broke the rear axle pinion.


It is a bit unsure but probably the car later (1963-1964?) was traded to Jan-Olof Andersson living in Jönköping.
He rebuilt the car and painted it dark green. The engine, an Oldsmobile Rocket with 3-speed gearbox was kept.


Sometime in the late 1960s, the car finally was bought by Bennet Landén who lived in Enskede at that time. He moved later to Malmö and kept the rod until his death 2016.


According to the national car register, the car now has been inherited by Bennets son, Nils Landén.

Please get in touch with us at mail@kustomrama.com if you have additional information or photos to share about Björn Bellander's 1932 Ford Roadster.