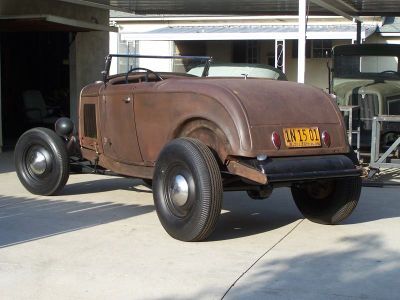 The roadster as it sat at Rudy Rodriguez place. 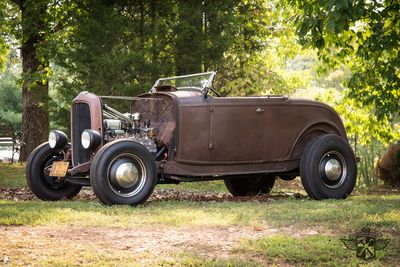 The roadster as it sat in North Carolina in 2012. 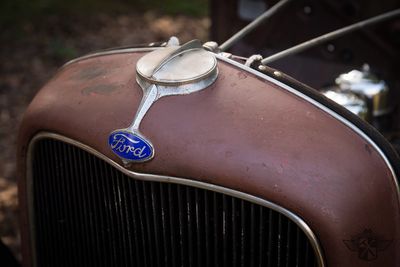 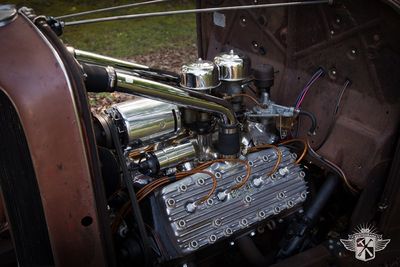 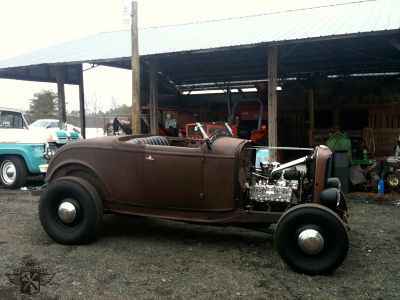 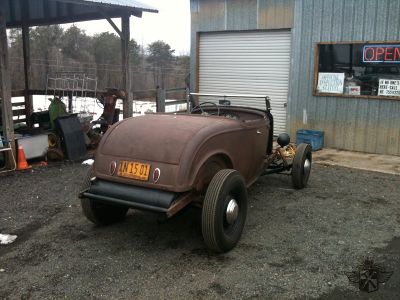 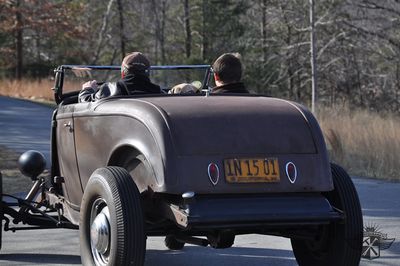 1932 Ford Roadster owned and built by Vapor Trailers of Visalia member Willie Kendig of Yettem, California. Willie built the highboy roadster just after he got out of service in 1948. Most of the body panels on the car were kept stock, but the windshield was chopped, the fenders were scrapped, and 1939 Ford taillights were installed. He went to work for Ford Motor Company as an engineer, and began racing his roadster at El Mirage in the early 1950s. Willie's claim to fame came when he invented the Kendig carburetor, that later became known as the Predator carburetor. The predator carburetor was very popular with the drag racers, and notable racers such as Dyno Don Nicholson ran and was sponsored by Predator in the 1960s and 1970s. Willie was a grassroots pioneer in the hot rod high performance scene starting in the early 1950s and continuing up thru the late 1970s and early 1980s.

After spending 30+ years in hibernation at Willie's Ranch just north of Fresno, Rudy Rodriguez of Fullerton Fabrication brought the roadster back to life. When Rudy put the roadster back on the road, it featured its original body. The factory body shims were still in place, so the body had never been off the frame. When Rudy got the car, the body had traces of a roll bar that had been installed, and later removed again. It was owned by Paul Hoffmann of Santa Barbara, California for a while before it ended up in a private collection in North Carolina. When the car came to North Carolina, it was powered by a 1939 Ford flathead V-8 engine that was fit with 1950s period Edmunds alloy heads and a matching Edmunds intake manifold that was topped off with dual Strombegr 94 carburetors and "German Helmet" air cleaners. A 1939 Ford three speed top loader transmission ran into an original 1932 Ford rear end. Custom made 1950s headers routed the exhaust into period correct pea-shooter pipes.

Please get in touch with us at mail@kustomrama.com if you have additional information or photos to share about Willie Kendig's 1932 Ford.