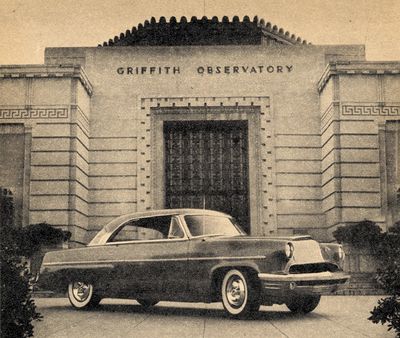 At Griffith ObservatoryPhoto by Lynn Wineland 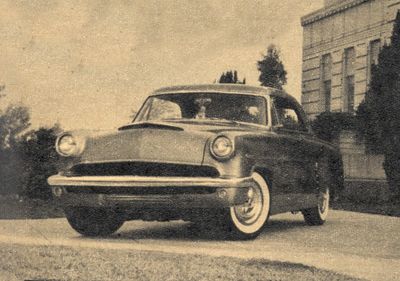 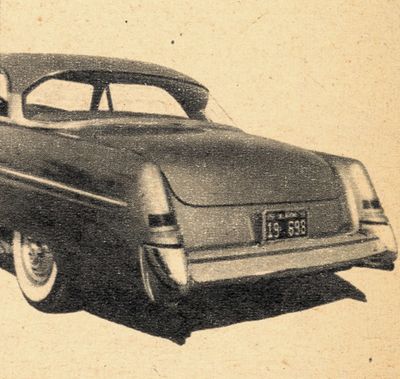 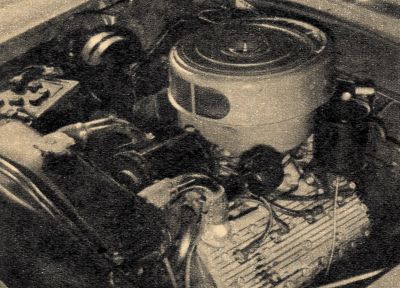 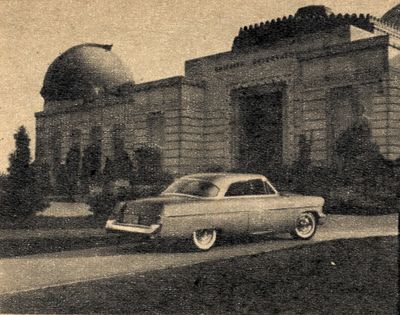 1953 Mercury restyled by W & J Body Shop for Vic Tuttle of Los Angeles, California. While studying commercial art at the University of Tulsa, Oklahoma, Vic got involved in the Oklahoma rod & custom scene. Relying on his past rod-building experiences, Vic hoped he could show the local boys the way to go. Vic ended up a V-prexy of the Tulsa Timing Association. When he bought his 1953 Mercury, he listened carefully to the comments the local gentry made regarding modifications to it. There was talk about adding a continental kit, a couple of aerials, two tone paint job with more chrome to break it up, hood ornaments and stuff like that. Vic did not listen to any of the comments, he wanted his ride as clean as possible. He brought it to W & J Body Shop were they got the nod to follow Tuttle's plan. The holes in the front bumper was filled and it was painted to match the ElDorado silver exterior. The fender panel scoops were opened and trimmed with Nash WeatherEye teeth to split the holes. The car was nosed, decked and the door handles were eliminated. The headlights were frenched and the four vertical bars in the grille were removed. The hood scoops was left stock, however it was acid etched before primer and paint. The taillights and backup lights were hand-formed in Lucite. The body was lowered 3 1/2 inches all around to get the right stance. The warmed over engine featured Offenhauser 8:1 heads and quad manifold with Lincoln 4-throat carburetors. It also featured reworked exhaust headers and ignition to increase performance. Vic's Merc was featured in Rod & Custom May 1956 as the "Rebel With a Reason". The article featured a lot of the dialogue from the 1955 movie Rebel Without a Cause starring James Dean. The photo shoot found place at the famous Griffith Observatory where a few scenes from Rebel Without a Cause were shot at.[1]

Please get in touch with us at mail@kustomrama.com if you have additional information or photos to share about Vic Tuttle's 1953 Mercury.