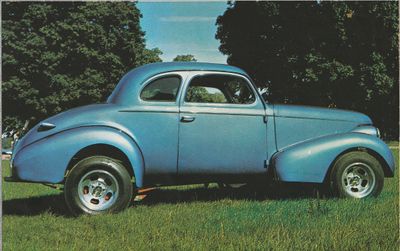 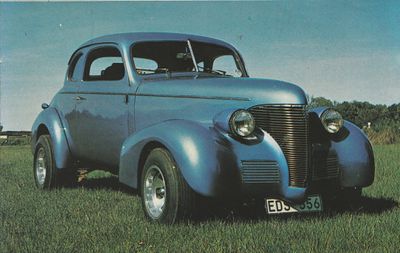 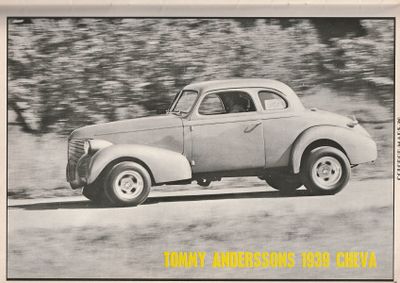 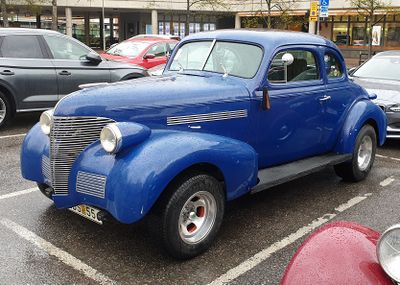 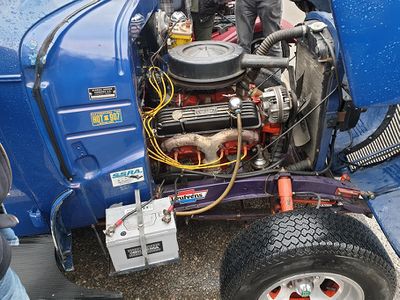 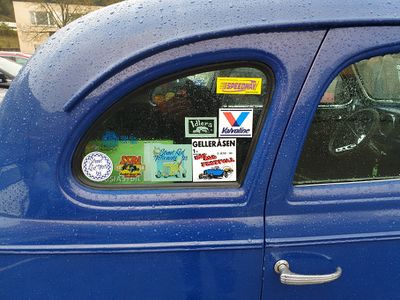 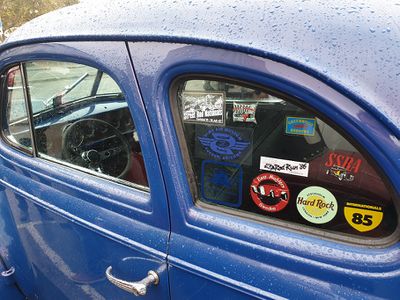 It really helps having an older brother managing a junkyard when it comes to build your first Hot Rod.


For Tommy Andersson in Huddinge south of Stockholm, Sweden this was the case. Tommy was only 12 years old when 1968 he got the car from his brother Lennart "Skägget" Andersson owning the Lelles bilskrot.


The car was really rusty but relative complete so Tommy learned how to weld and restore the Chevy coupe during the teenage years.


With some help he managed to get the car approved in 1970 just before the new regulations became active. The car then had a 318 ci Chrysler engine.


After this the car has been improved continuously. The engine is a 300 hp 4-bolt Chevy smallblock with fuel injection heads and camshaft.
Behind sits a TH400 and a rear end from 1955-57 Chevrolet with leaf springs and traction bars. A set of old "Hi Jackers" is used as shock-absorbers.


The front hood and fenders are all cast in fibreglass making a full tiltfront with easy access to the engine. Even the trunk lid is made in fibreglass.
The fibreglass parts were cast by Anders Lake and Pelle Carlsson who had their shop at the same place as Tommy in Huddinge.


The interior is quite race-inspired including bucket seats, Grant steering wheel and gauges from 1958 Coronet and Volvo P-1800.
Tommy admitted that his electrical skills were quite bad so he used wiring from regular house cables and the connections resulted in unexpected effects! One example, when the car was in for a brake test, the headlights lit up instead of the rear brake lights!


Tommy has also added a 4-71 blower for some extra horsepower.


In the early 1970s there were very few 1939 Chevrolet coupes in the country that had been Hotrodded.


After over 50 years and many miles on the road, Tommy still owns the car and will probably keep it forever!

Many things are the same as when it was built, like E-T wheels, purple painted frame, transmission body painted with stars & stripes. Everything worn with a beautiful patina.

Please get in touch with us at mail@kustomrama.com if you have additional information or photos to share about Tommy Andersson 1939 Chevy Coupe.