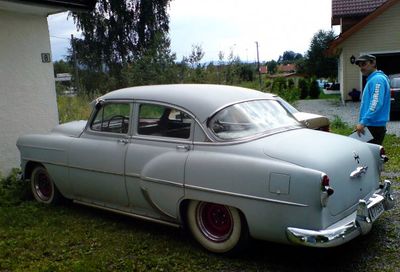 As it appeared after Tom assembled it in 2005. Photo by Tom Røine 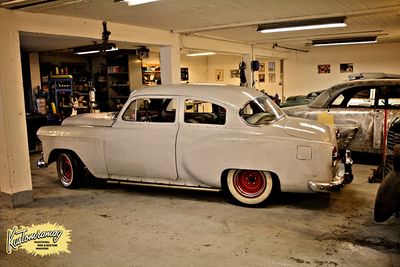 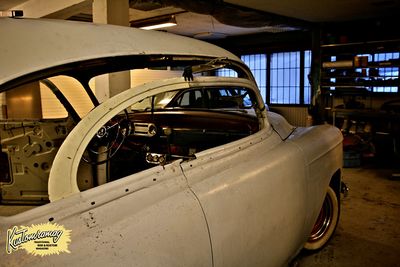 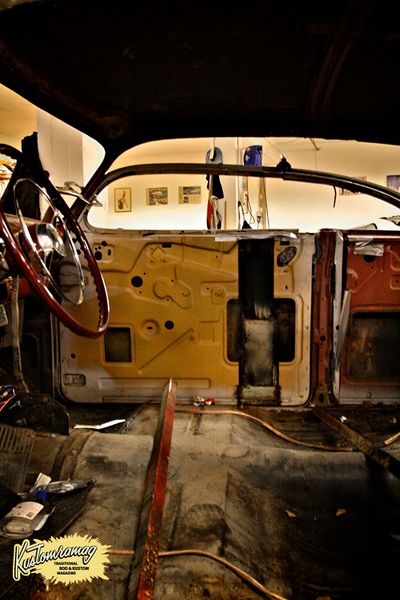 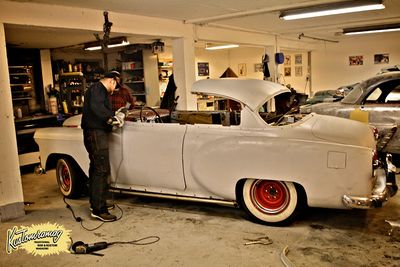 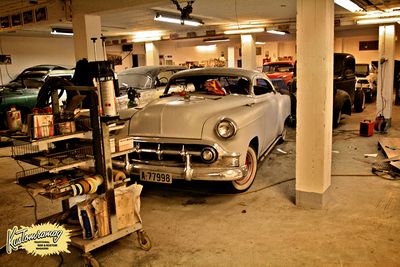 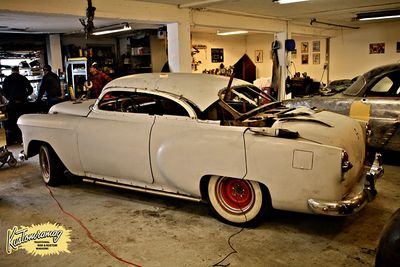 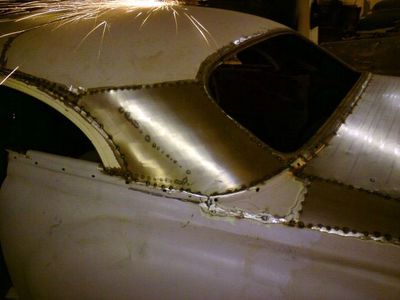 C-pillar from a 1954 Buick was used to shape a new lower roof line. Photo by Tom Røine. 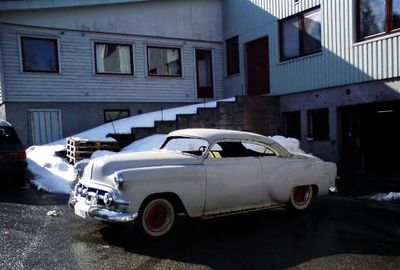 After a weekend of chopping. 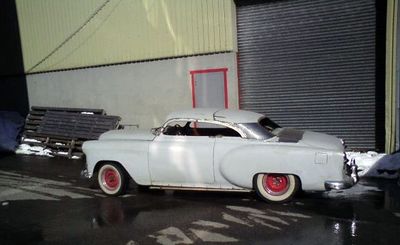 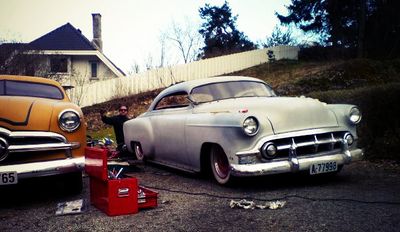 Frenched headlights. Kickup in progress. The car on the left is the Pandoras Box Photo by Tom Røine. 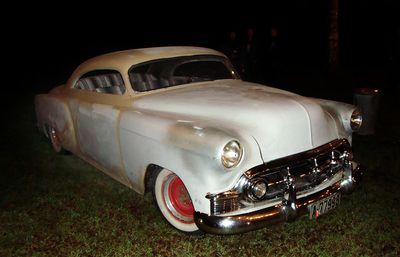 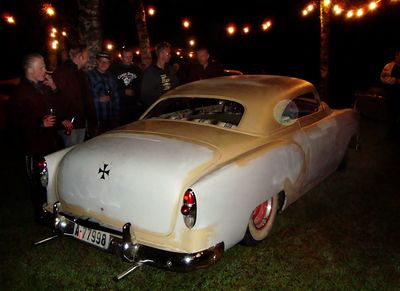 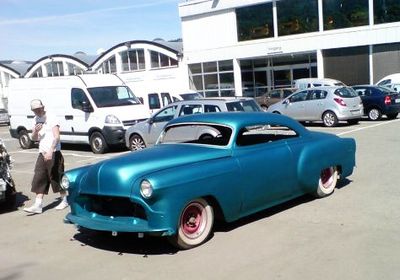 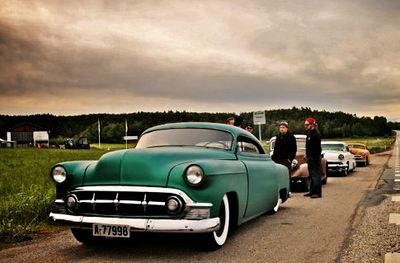 On the way to Jokers Cars Show 2009. Photo by Sondre Kvipt 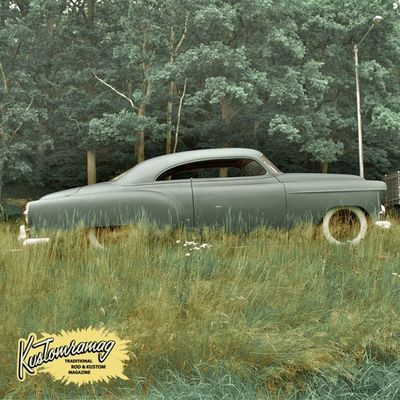 On the way to A-Bombers Old Style weekend 2009. 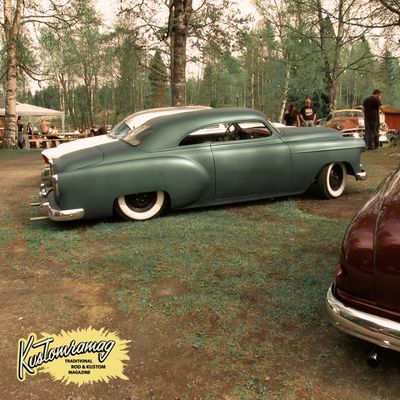 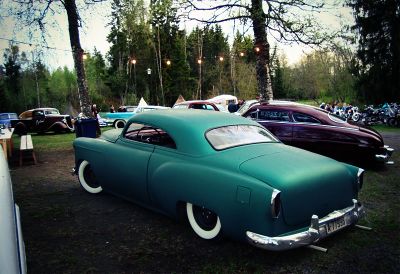 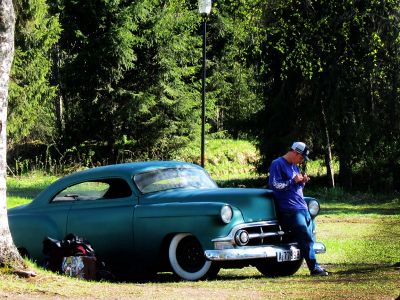 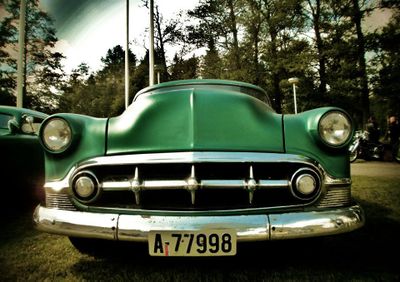 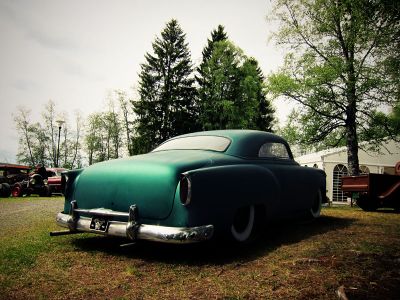 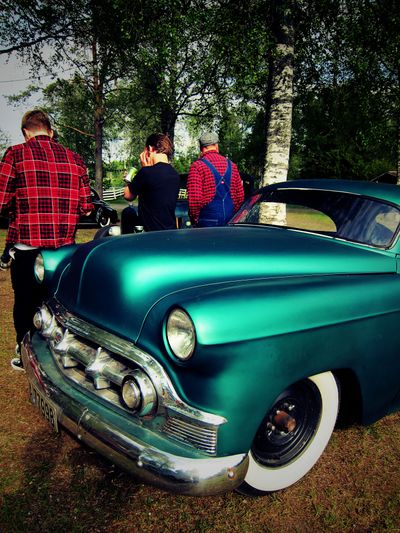 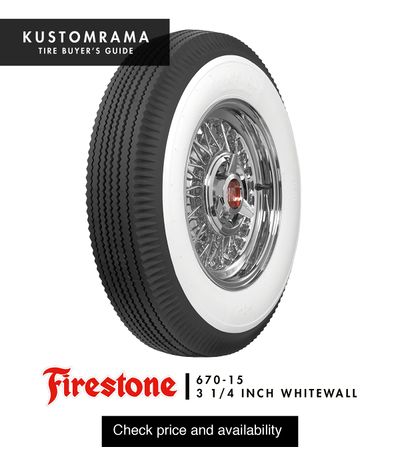 1953 Chevrolet 2100 DeLuxe ex-four door owned by Coupe Devils member Tom Røine of Hokksund, Norway. Tom bought the car in the summer of 2006. The ol' Chevy was a former Oslo Taxi Cab, and was first registered in Norway on May 5th, 1958. The car was in small pieces, and Tom began straight away with assembling it. Tom welded shut the rear doors and extended the front doors on the Chevy in 2008. One year later he brought the car to Kjetil Kvipt in Sandefjord in order to have the roof chopped and shortened. The b-pillars were eliminated, making it into a hardtop. The rear panorama window was discared, and a 1949 Chevrolet rear window was installed instead. When he returned home, he frenched the headlights and kicked the frame up in the rear. In the summer of 2009, it was painted green and fit with Firestone 6.70-15 on black steelies. The straight six was thrown out in favor of a V8 with an automatic transmission. In 2010, the stock taillights were replaced by a set of 1954 Chevrolet units.[1]

Please get in touch with us at mail@kustomrama.com if you have additional information or photos to share about Tom Røine's 1953 Chevrolet.