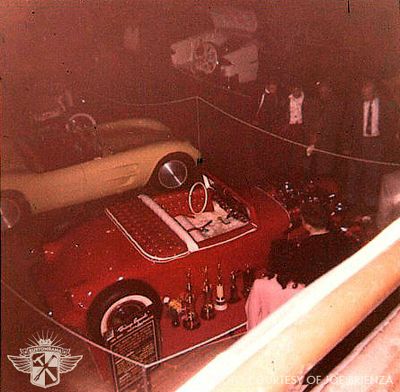 A photo of Joe Brienza's 1934 Ford Convertible at the 1958 Westchester Autorama of Rods and Customs. The Gypsy can be seen in th upper right corner of this photo. Photo courtesy of Joe Brienza. 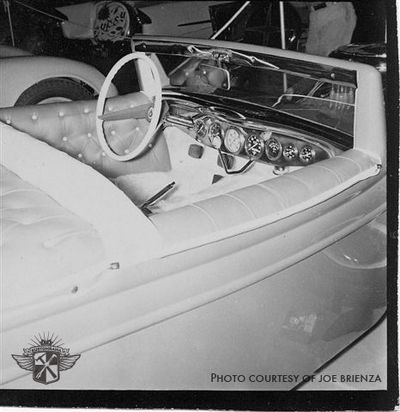 Another photo from the 1958 Westchester Autorama of Rods and Customs showing the Gypsy. Photo courtesy of Joe Brienza. 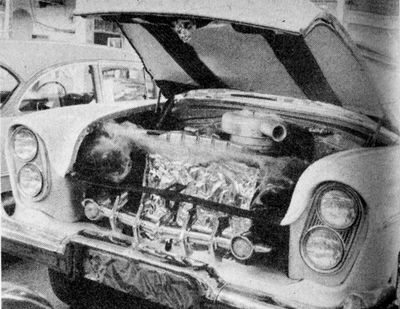 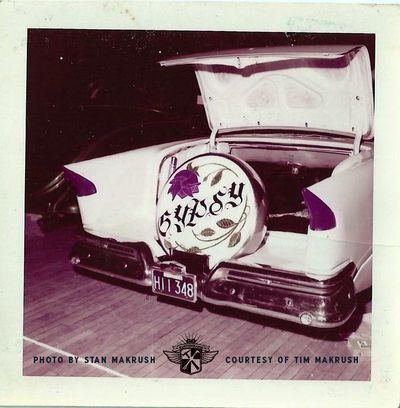 The Gypsy at an indoor car show. Photo by Stan Makrush, courtesy of Tim Makrush. 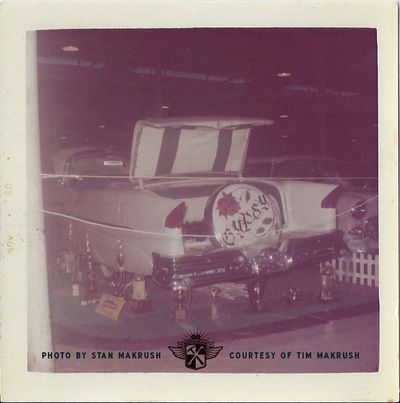 Another photo of the Gypsy at an indoor car show. In this photo the inside of the deck lid has been upholstered as well. Photo by Stan Makrush, courtesy of Tim Makrush. 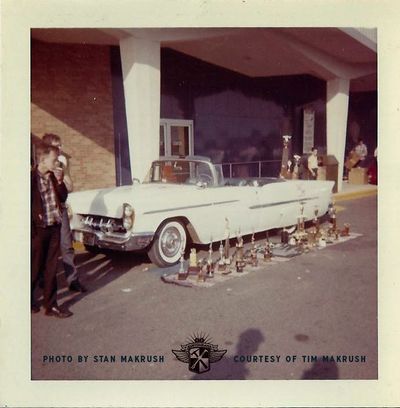 The Gypsy at an outdoor car show. Photo by Stan Makrush, courtesy of Tim Makrush. 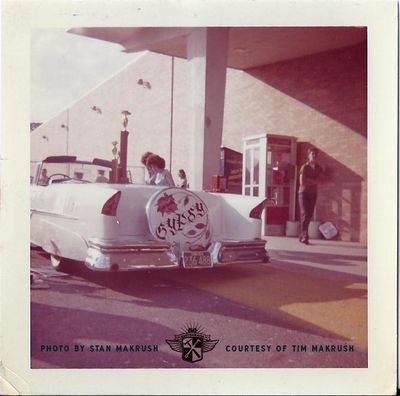 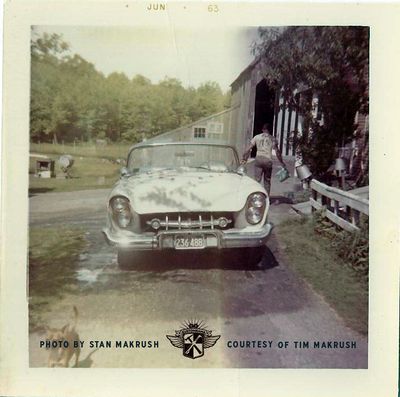 A photo of the Gypsy dated June of 1963. Photo by Stan Makrush, courtesy of Tim Makrush. 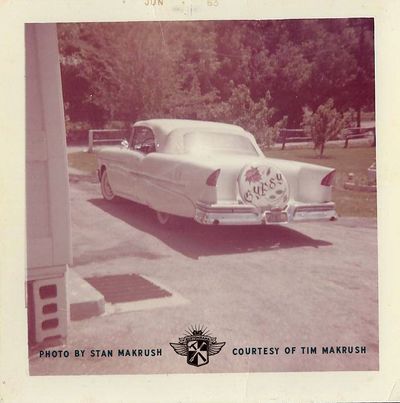 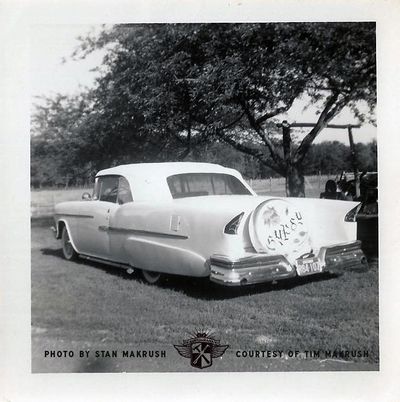 The Gypsy as it appeared after side pipes had been installed, and spiderwebs had been pinstriped on the taillight lenses. Photo by Stan Makrush, courtesy of Tim Makrush. 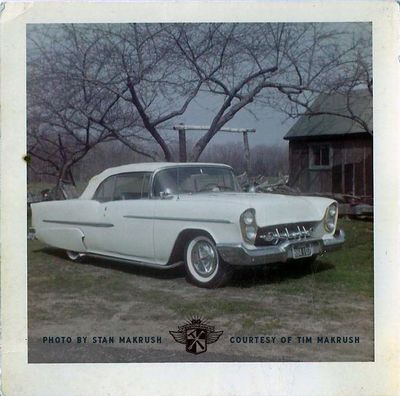 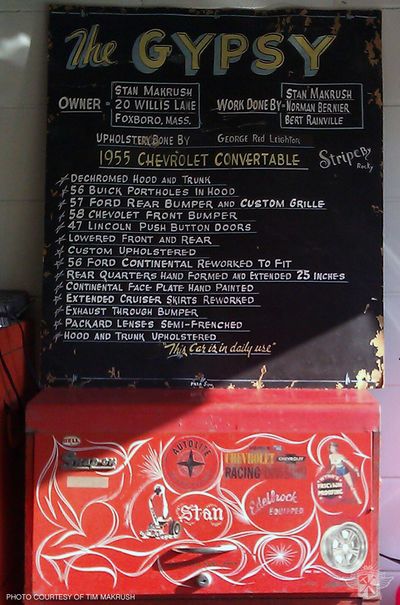 The sign Stan showed with the Gypsy at car shows. The sign is placed atop of Stan's Snap On toolbox. Photo courtesy of Tim Makrush. 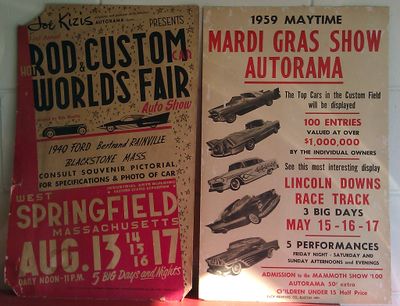 1955 Chevrolet Convertible owned by Stan Makrush of Foxboro, Massachusetts. The work on Stan's car was done by Stan, Norman Bernier and Bert Rainville. The car, known as the Gypsy, was fit with canted dual quad headlights and a custom grille bar up front.[1] The hood and trunk were dechromed before 1956 Buick portholes were installed on the hood. The front bumper was replaced by a 1958 Chevrolet bumper, and the rear bumper was replaced by a 1957 Ford unit. The exhaust was routed through the Ford bumper. The door handles were shaved and replaced by 1947 Lincoln push buttons. The rear quarter were extended 25 inches and reworked to house semi-frenched Packard lenses. A 1956 Ford continental kit was reworked to fit the car, before the continental face plate was hand painted. Extended cruiser skirts were reworked and installed before the car was lowered up front and in the rear for a proper stance. The interior, trunk and hood were upholstered by George Red Leightor. Rocky did the pinstriping.[2] An early version of the car was shown at the 1958 Westchester Autorama of Rods and Customs, and the first annual Hot Rod & Custom Car World's Fair in West Springfield, Massachusetts. The Gypsy was also entered at the 1959 Mardi Gras Autorama.[2] and the third annual Springfield Autorama in 1960. A photo of the car from the show was printed in Customs Illustrated March 1961.[1] A later version of the Gypsy featured side pipes and spider web pinstriping on the taillight lenses.

Stan sold tickets for the Gypsy, and the car was eventually raffled away at a car show.[2]

Please get in touch with us at mail@kustomrama.com if you have additional information or photos to share about Stan Makrush's 1955 Chevrolet.