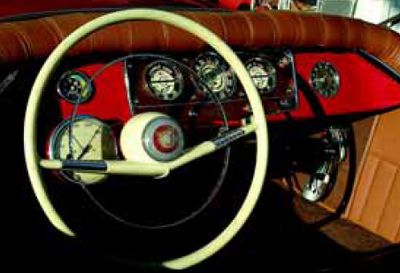 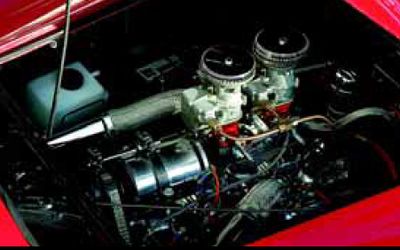 The Skylane Motor Special took three years to build, and during that time it went through six body changes, incorporating parts from fourteen different cars. Starting with a 1932 Ford V8 frame, the body on the car was handmade and formed with seamless paneling to bring the different parts together. The grille on the car was taken from a 1949 Cadillac. The front fenders came from a 1948 Buick and the rear fenders and skirts was taken from 1948 Lincoln Continental. Rear lights were 1950 Oldsmobile tail lights. Front and rear bumpers are from a 1950 Mercury.

The car had no doors, so in order to make the entrance a safe journey, the cockpit was surrounded by crash padding. Inside the cockpit, the car featured a 1933 Auburn dashboard set with copper overlay and rebuilt for 1941 Buick instruments. A 1942 Mercury "three-on-the-tree" colum shift was used in order to allow for greater legroom. The hand-curved and chrome-framed windshield is from a 1950 Cadillac.

Once completed, the Skylane Motor Specail appeared on the cover of Motor Trend June 1951 as "Convertible of the Year".

In the late 1970's the car was moved from California to Oregon. In oregon it spent 20 years or so being stored away in containers and garages. The car was still being kept in the family. John Crego woke the car up from its lon sleep, and began the restoration of the car. With the help of hid buddy Bobby Reggiero of Bob's Restoration in Los Angeles. John is married to Angela Crego, the grand child of Leroy Viersen III. The restoration of the car took more than three years to complete.

In 2004 the restored version of the Skylane Motor Special was re-introduced to the public at the Grand National Roadster Show where it became class winner in the Limited Production Custom Car and Outstanding Interior - Muscle Car class.

Please get in touch with us at mail@kustomrama.com if you have additional information or photos to share about Skylane Motor Special.