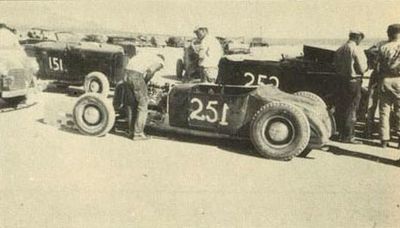 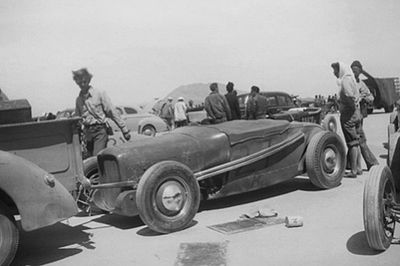 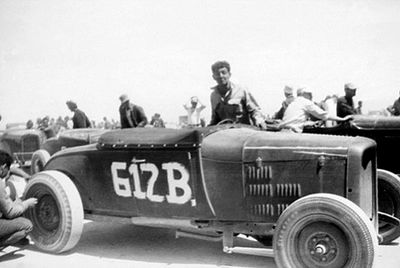 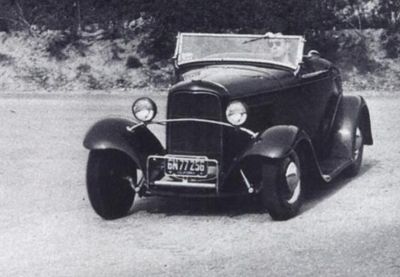 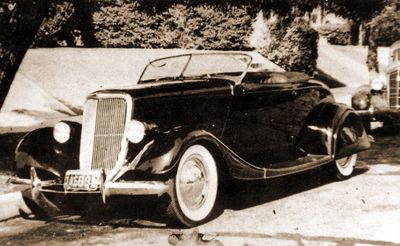 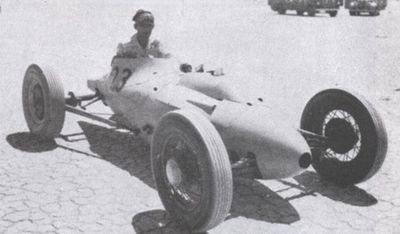 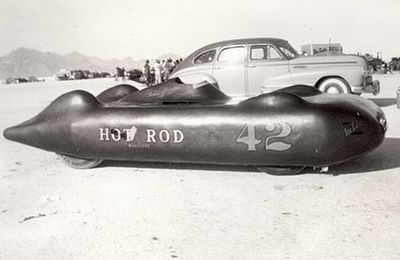 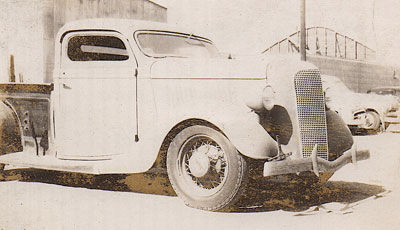 Charlie Grantham's 1935 Ford Pick Up of San Bernardino, California. Charlie was a member of the SCTA Road Runner car club, and he restyled the truck himself in the late 1940s and the early 1950s.

The Road Runners car club was established in January of 1937. Along with six other clubs they became Charter Members of the newly organized Southern California Timing Association. Organized on November 29, 1937, THE S.C.T.A. was formed to conduct speed trial events on the dry lakes of Southern California. Of the original seven SCTA Charter Member Clubs, two remain active today, the Road Runners and the Sidewinders. Two of the founding members of the Road Runners were Wally Parks and his close friend Ak Miller. Wally Parks was instrumental in helping organize the new SCTA which held it's first official speed trials meet on May 15, 1938, at Muroc Dry Lake. Ak Miller later served as SCTA President. Wally Parks went on to form the NHRA in 1951.[1]

In 1938, Ernie McAfee became the first ever S.C.T.A. Season Champion. In 1939, fellow member George Harvey became season champion of the year. They lost the award in 1940 to Albata member Bob Rufi, but In 1941 the champion was once a Road Runners member as Vic Edelbrock won it for his achievements on the lakes. [2]

Road Runners members were innovators. Following WWII, Belly Tank Lakesters began to appear at the dry lakes. In 1946, Road Runners member Bill Burke is recognized as having been the first to take an Army Air Corps, surplus P-51 wing tank, build a rolling chassis, stuff in an engine and run it at an impressive 131.96 mph.[1]

In 2001, the Road Runners SCTA Club moved it's headquarters to Riverside, California, and began holding meetings at the historic Ed Martin Garage.[1]

Please get in touch with us at mail@kustomrama.com if you have additional information or photos to share about SCTA Road Runners.