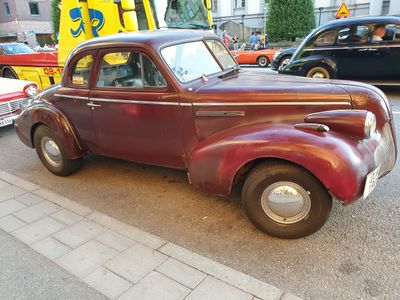 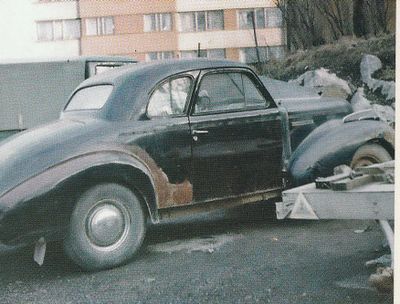 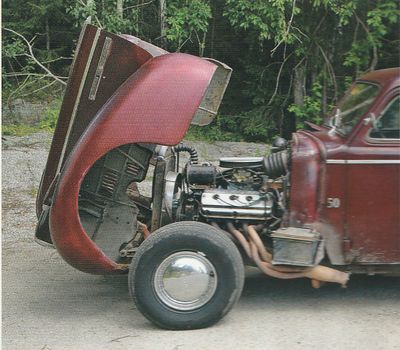 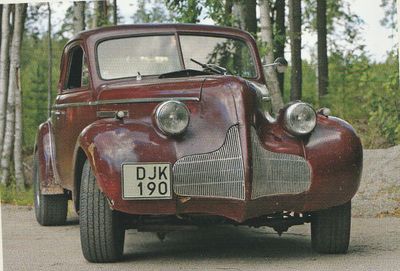 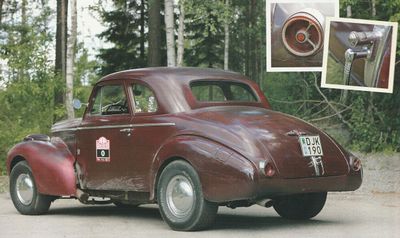 Rune Jakobsson from Stockholm, Sweden was a young boy when he first saw this Buick Special on the street 1959.
He fell in love with the car but it took two years until he was able to buy it from the owner.


A fun time started for Rune with a lot of driving and performance testing. The stock engine (straight 8) was not setup properly and misfired a lot.
Rune found the fault but the engine had already lost oil pressure so the main bearings shut down.


The positive in this incident was that Rune got time to fix the car as he wanted it. Most of the work was done outside in parking lots as garages were hard to find. He painted the car himself and made a flip-front of the fenders and hood together. He made the car lighter by removing unnecessary parts. To top it all, Rune found and mounted a Chrysler Hemi engine. This was done during a 'fall break' from his military service.


Rune has never been afraid to really use the car despite of wheather season.
Despite that, this unique Hot Rod still looks the same, Rune claims the engine has run 400.000 km.

In late 1970s the car was garaged for some time in Ligna garaget, Södermalm, Stockholm. Rune considered to maybe sell the car and put an ad in the paper. A keen intended buyer came down and had a look. The deal was almost agreed when Rune was asked to start the engine. Rune opened the hood and started the Hemi with no mufflers connected.
The sound was indescribable!
Rune shut off the engine, closed the hood a said: - "Sorry, but this car is no longer for sale!" .

We are really happy to see this car in action so much and Rune will probably keep it and drive it as long as he live.

Please get in touch with us at mail@kustomrama.com if you have additional information or photos to share about Rune Jakobsson's 1939 Buick Coupe.