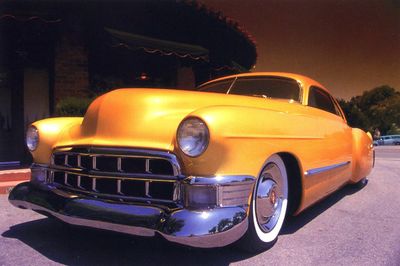 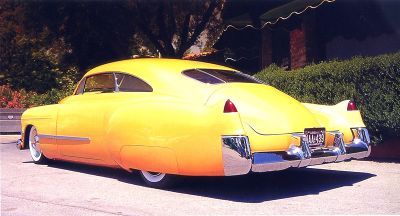 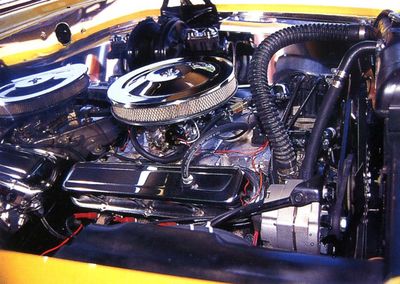 1949 Cadillac Sedanette restyled by Bill Reasoner for Rick Dore of RD Kustoms. When Rick bought the Cadillac, it had been stored in a barn since 1958. He had Bill to chop the top 4" up front and 5" in the rear. He also did rest of the bodywork, such as cleaning it for unnecessary chrome, frenching the headlights and taillights. The car was lowered up front by installing lowered spindles, and a set of Unkl Als lowglide springs. Once the bodywork was done, Bill painted it in a toned candy Tequila sunrise color from House of Kolor. Rick used a lot of late 1960s and early 1970s parts to update the engine, transmission, brakes, and steering department. The engine was a 1968 Cadillac big block rebuilt by Desert Cylinders in Phoenix, Arizona. The car made its debut at the Grand National Roadster Show 1996. It won numerous awards during the season, before it was sold to a buyer on the east coast about a year later.[1]

Please get in touch with us at mail@kustomrama.com if you have additional information or photos to share about Rick Dore's 1949 Cadillac.