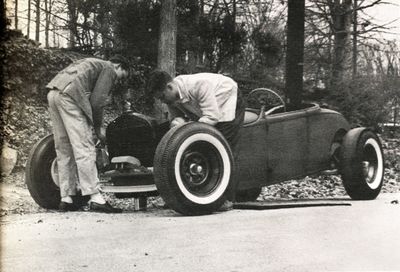 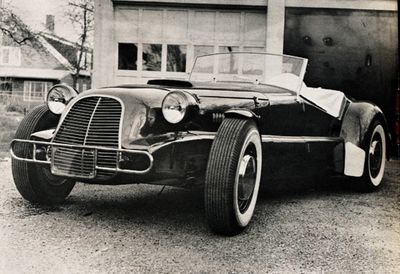 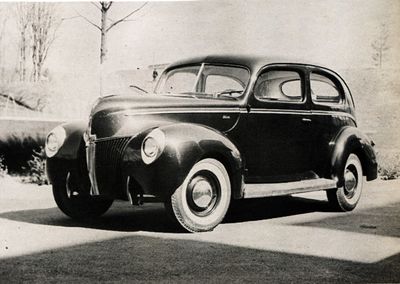 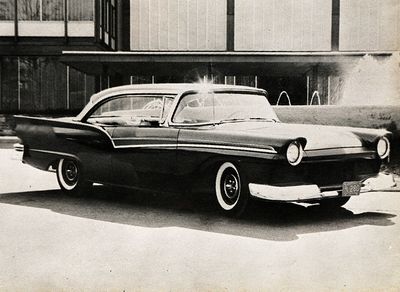 The Ram Rods automobile club of Silver Spring, Maryland was originally formed in October of 1949, and is one of the first car clubs in the Washington area. The club was reorganized in the fall of 1959. Many of the members that were part of the reorganization had memberships that dated back to 1956. The Ram Rods were active in community affairs such as collecting foods and clothing for the needy at Christmas time, donatin blood to the Red Cross, driving voters to the polls during elections, and assisted in annual charity drivers such as the Heart Fund.[1]

On April 5, 1956 the Ram Rods were among seven charter clubs from the Baltimore-Washington area which formed the Mid-Atlantic Timing Association in order to promote organized hot-rodding in the five state Mid-Atlantic area.[1]

By 1961 members of the club amassed a collection of more than 125 trophies in competition at reliability runs, organized drags, and auto shows throughout the east from Canada to Puerto Rico. Amongst the cars winning most trophies, and receiving the most magazine ink were John Pomeroy's "Misty Pearl", Bob Bissell's "Street Scene", Paul Michael's "Sorta Blue", and George Wessinger's "Thumper".[1]

The Ram Rods owned a 1932 Ford Roadster, once known as the famous Giovannoni 999, that was powered by a full race 1957 Chevrolet Corvette engine. The car was built primarily for competition, but was also a familiar sight at East Coast car shows winning a total of 15 trophies. The Ram Rods sold their roadster in the winter of 1960, but kept the engine in order to build a new and more radically designed car.[1]

One of the most important projects for the Ram Rods were their annual Ram Rods Rod and Custom Car Show. The first show was held at Wilson Pontiac in Silver Spring in 1957. The show progressed rapidly, and expanded to include Mann Oldsmobile in 1958 and 1960. As the show became better known, the number of cars and spectators grew, and for the 1960 show, approximately 8,000 spectators visited the show in order to see more than 50 cars that were on display.[1]

Please get in touch with us at mail@kustomrama.com if you have additional information or photos to share about Ram Rods.