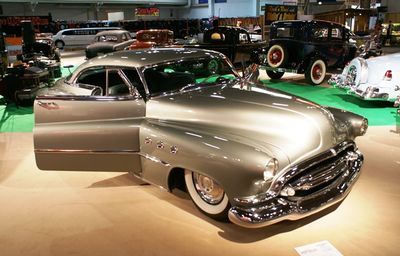 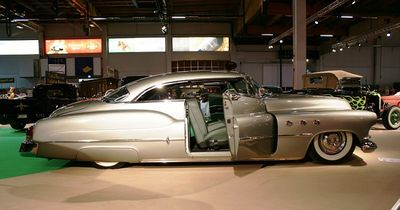 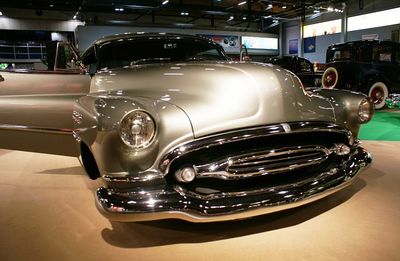 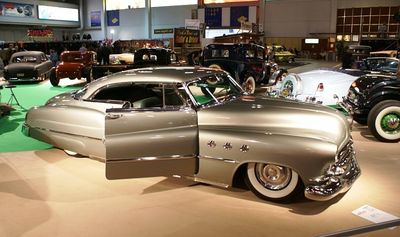 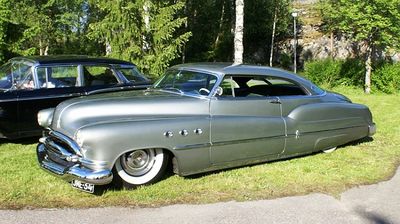 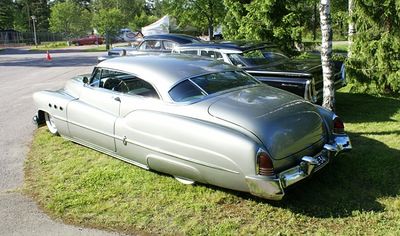 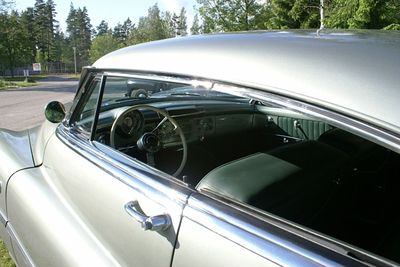 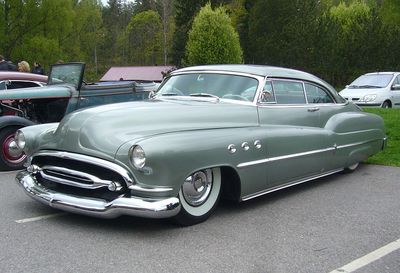 1952 Buick Super restyled and owned by Petri Terho of Lahti, Finland. Right after Petri was finished customizing his 1952 Pontiac, he sold it in favor of a new project. This time, he had intentions of making his custom more family friendly. He knew about a 1952 Buick 2-door hardtop in the area which had been imported from California. One of the A-pillars were badly damaged and the floor was rusted out, however Petri bought the car and hauled it to his 40 m2 garage. The car was taken apart in bits and pieces and the body was dipped in acid to remove all the rust. The body and a lot of other parts were sandblasted. Large pieces of the floor was replaced and the chassis was modified with a 1970 Chevrolet Malibu subframe and rear axle. The chassis was fit with airbags as well.[1]

The damaged A-pillar was the first challenge Petri had to deal with. After several attempts to repair it, he had to give up and completely replace it. The top was chopped 2 inches and by only cutting small pieces near the drip moldings, Petri almost managed to keep the original width of the rear pillar. The deck lid was replaced by a 1951 Buick unit to achieve a smoother look. The rear fenders were modified in able to accept a set of 1953 Lincoln taillights, the fender lines were reshaped to blend into the 1956 Chevrolet rear bumper which was cut to fit the Buick body. The fender skirts were hand made by Petri himself. The hood was shaved for unnecessary chrome, the headlights were frenched and the grille was modified as well. The upper grille bar was made by welding two Morris Mini Minor together and use the upper lip from a 1954 Pontiac. The grille bar also originated from a 1954 Pontiac. 1953 Buick portholes were installed to the front fenders and a new set of side trim was made by using 1951 Buick components with 1957 Buick emblems. New windows were made to fit and installed all around. Once the bodywork was done, Petri had it painted Willow Green, a color he picked up from Volvo's colormap. The matching interior was stitched up by the owned as well. The banjo steering wheel is from an early unknown car, however it was fit with a Buick center and emblem. The Sombrero looking hubcaps are from an unknown car too. The Buick is powered by a fuel-injected Chevrolet 305 TPI which was rebuilt by Petri together with a 700R4 transmission.[1]

Please get in touch with us at mail@kustomrama.com if you have additional information or photos to share about Petri Terho's 1952 Buick.